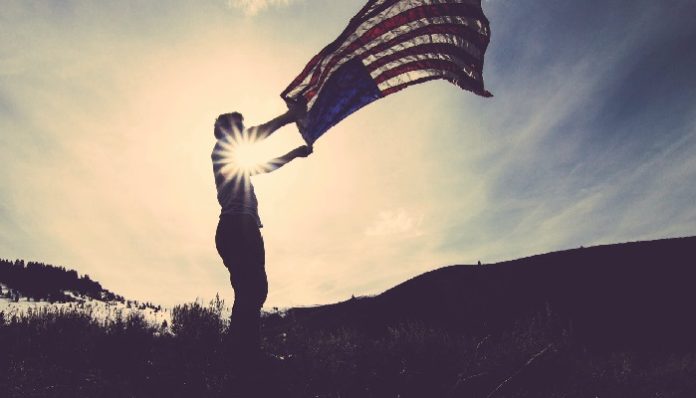 The debate over the last few months (and more recently in the last few weeks) over the United States taking refugees has only placed a bigger separation between parties, citizens, and countries altogether in the political world.

Like any curious, politically aware individual, I prefer to educate myself on both sides of most situations so that I have the ability to argue with facts and not with my emotions. I’ve scoured newspaper articles and the Internet, reading about reasons why we should welcome them with open arms, reasons we should close off the border, and reasons we should worry about something else. I’ve seen just about every argument in the book from national news outlets, most of which contain some sort of bias (hey, what can you expect with an upcoming election).

In researching, learning about the issue, and holding the current political beliefs that I do, here’s how I see the issue of bringing refugees into our territory:

All things considered, refugees are not our responsibility, and we should not be taking them in. Here are two of the main reasons why:

Much of the backlash regarding accepting Syrian refugees comes from a fear of an attack here at home. If the United States shoulders the responsibility of trying to help these refugees, who’s to say it won’t happen? While we have been accepting refugees in the United States since the September 11th attacks, studies show that not one of those legally recorded refugees has been arrested. But what about the ones who come in illegally?

Look at the Paris attacks several weeks back. Look at the Boston Marathon bombing. Look at the San Bernardino attacks. All of these attacks were refugee related to some extent. Numerous refugees across the globe have attempted terrorist attacks. Unfortunately, the truth about the world is somewhat grim, my friends. There will always be an illegal outlet for those who don’t wish to abide by the law and go through the 18 to 24 month program that the United States and U.N. have ignited for these last months. “Ryan said he was particularly concerned since at least one of the attackers in Paris is believed to have been part of the waves of refugees into Europe from Syria.” Speaker of the House Paul Ryan made the intelligent argument that this refugee situation isn’t just about the women and children. There are single men coming into refugee-accepting countries. And, more recently, the TSA tested four of the busiest airports in the United States on attempts to get bombs onto a plane. 95 percent of these attempts were successful. That being said, prevention is crucial when considering those who attempt to come into this country illegally and somehow break through the tight walls of security.

Why would we even facilitate the opportunity for them to carry out an ISIS (or other) related attack here in our home? Accepting refugees isn’t going to help alleviate the problems we have with ISIS, Obama. Don’t poke the bear.

What about the issues we already have with homeless citizens and homeless veterans in the U.S. now? Wounded Warrior Project only uses 58 percent of its profits for veteran-related programs. Like many organizations designed to help the homeless veterans and other most vulnerable members of society, much of the profit goes toward high-paying salaries, solicitors, etc. While this doesn’t stop me from donating, wouldn’t you think that those organizations would be designed to give the large majority of their funds to those who need it most?

We have spent $4 billion in humanitarian relief for the boiling situation in Syria.  When they get through the vetting progress, at minimum, they are put on welfare, government assistance programs, and take entry-level jobs that college students/graduates desperately need in this economy. Europe put a freeze on refugee programs after the attacks in Paris. I think that was a very smart move on their part.

We already have a major spending problem in the U.S. and have for years. We also have a major problem with homelessness in the United States. Why wouldn’t we put them at the forefront of our minds BEFORE considering international affairs such as refugees?

Our nation’s service men and women have a right to be angry. Our nation’s veterans have a right to be angry. When you consider the amount spent to regulate and rehouse refugees in contrast with the amount spent on homeless veterans/others, you should be angry too. These are the people who put their lives on the line to defend this great country, and in return, we are bringing those countries’ citizens into our borders. Seems somewhat counterproductive in my opinion.

Funding should be decreased drastically for the refugee situation until we have a full-fledged plan on how these refugees will be handled and how maximum security will be achieved. We shouldn’t feel obligated to take in refugees just because other countries are doing so. If all of your friends were jumping off a bridge without adequate and ensured security, would you do it too?

When the head honchos of Capitol Hill understand how national security could be breached in a matter of seconds and decide to put a cap on the number of refugees/logistics behind refuges allowed in this country, maybe we will be a little more lenient to who walks in our doors and when.

While I understand the concept of not closing our hearts to the people who need our help the most in a state of civil war and distress, I believe there are more pressing matters here at home that need our immediate and undivided attention before we start bringing in more refugees. Obama plans to bring in more than 70,000 refugees over the next 13 months. And I won’t lie: that scares me. I go to concerts, I go to marathons and other races. I travel to big cities, and I am looking for a job. What happens if someone gets through that vetting system who shouldn’t? I see people every day and worry that those I love are in danger. I see faces that could be completely deceiving and minds that are educated but may be in disarray from the influence of ISIS. We have to consider the what ifs, just as in any life situation. We have a right to be scared. We have a right to defend ourselves.

Check out this video from Tomi Lahren, former host of One America News Network and current host/author on The Blaze. Regardless of political lean, she makes some valid points that really hit home for those of us who have loved ones in uniform:

To those of you who completely disagree with me: we can respectfully agree to disagree. I believe that everyone is entitled to their own opinion, political or otherwise, and that is what the democracy in this great country has upheld for centuries. With that being said, I ask that regardless of political stance and emotions being felt in any situation, ISIS and refugee related or otherwise, you educate yourselves on all points of an issue before making an educated decision on your stance. Don’t base it off of emotion. Base it off of facts. I will not shoot down any rebuttals I see; however, I ask that you maintain the same respect I would maintain with you as a reader.

Featured image via Snapwire on Pexels