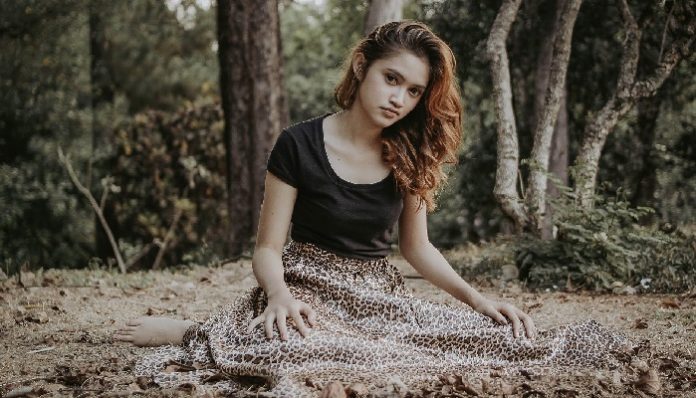 When ever my dog does something wrong, he gets in trouble. He knows when he’s been bad, always scurrying away to hide in the bathtub with his long tail stuck between his legs. What he doesn’t know, though, is why he’s being punished for it. This makes me sad, always wondering how this poor pup could be reprimanded for something he didn’t even know he was doing wrong. “How could you yell at him?” I’ll say, “he doesn’t even know that what he did was bad!” I constantly stick up for him, hoping that my parents could see it the way I do. Sitting on my high horse because I believe my dog is innocent, my dog is good. I’m too much of a pushover to discipline him. I want to believe he is always good. And that’s when I realized that I’m not just like that with him, but with everyone.

I want to believe everyone is good.

I thought back to being a little girl, watching soap operas with my grandma. There was a scene where my favorite character got murdered, and I got upset, as anyone would. Yet, I kept telling myself that the man who killed her was good, because he knew her. He didn’t know what he was doing, he’s still a good person, I thought. He’ll feel bad about it later on.

You see, I have this tragic flaw, my ultimate downfall: I never look to see the bad in someone.

I trust too much, forgive too easily, and I overlook mistakes. When you ditch me? It’s okay, you had something important to do. When you don’t invite me to something but tell me all about how much fun you had? Maybe you just forgot to text me. I’ll give you the benefit of the doubt. You’re still a great friend. I’ll let it slide. And let it slide I do. Every. Single. Time.

You’re probably sitting there thinking, “Are you CRAZY? Stop speaking to them. They don’t deserve your friendship,” but my heart will never allow this.

This tragic flaw of mine puts me at a great disadvantage. The problem with being the person who sees the good in everyone is that I’m constantly letting people walk all over me, and I honestly believe they didn’t mean to. I let all the good I thought existed in someone overshadow all the pain I received when they would let me down. In my mind, no one meant to cause me any pain; they just didn’t know any better.

My English teacher senior year of high school gave us what seemed like the easiest essay prompt I’d ever gotten:

“Are all humans born inherently good, evil, or blank slates?”

Well, I tried to think logically, people are influenced by their surroundings, so I guess blank slates. I began to write my essay, but I just couldn’t put my heart into it, as logic was never my strong suit. I had no internal knowledge to back up my claim. Why? Because my claim wasn’t what I wanted to believe about people. I wanted to believe that we are inherently good.

I accept half-assed excuses, forgive old friends and ex-boyfriends who have mistreated me, and laugh it off when someone insults me. That’s who I am.

I’m going to continue to see the good in people, because that’s who I am. However, I’m not going to let it affect the way people treat me. I shouldn’t let people who hurt me off the hook just because they have a cute smile or because we have three classes together, or even because we’ve been friends for years. If I let you walk all over me now, you’ll continue to do so for as long as you know you’re able to. I am worth more than I know, and I will not lessen my worth by continuously allowing people to think they can take advantage of how nice I am.

Put yourself first. Put your worth first. I always see too much good in others, but I’m going to start looking for the good in myself.

How To Stop Being Jealous, Before You Self-Sabotage Your Relationship