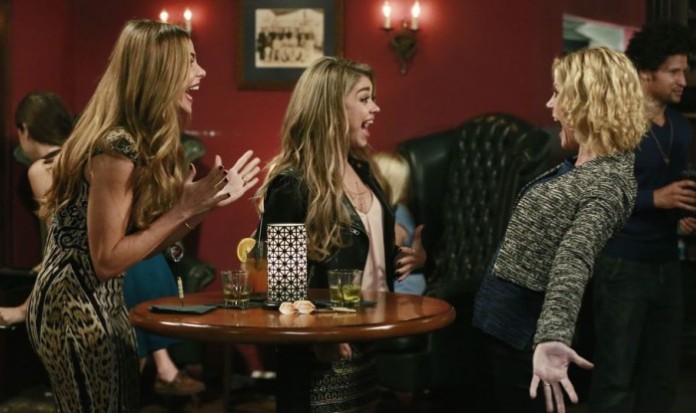 Two words: Holiday time. A span of two weeks filled with reunions, laughter, and alcohol. Let’s be real, I love my relatives, but there’s no way one can go through an entire family extravaganza without consuming copious amounts of alcohol. Nights are being spent next to the aunt who gossips more than your friends, the grandma who criticizes too much, and that one person who constantly compares you to your cousins – it’s enough to make any person go crazy. Obviously Christmas and New Years are a time for happiness, but after a few minutes of being home, you’re probably already annoyed with your forced surroundings.

My parents typically don’t drink, but right around when the holidays hit, my entire family becomes avid wine drinkers (which I absolutely LOVE). Drinking with your family is always an adventure to be had. Here are the 8 stages one goes through while drinking with their family:

At 15, this was my automatic response any time a family member offered me alcohol. After all, I wasn’t meant to be drinking at this age, right? They saw right through my lies after a minute and the response was “Shut up, just drink.”

After all the pleasantries, and polite “No, thank you.” – you know it’s a lost cause.  The inner party girl in you knows you’re going to cave, and this is the beginning of your ultimate downfall. You can only say no so many times before you start taking all the drinks that your family offers.

You swear you’re fine, and your family can’t tell that you’re tipsy or slipping more alcohol into your drinks as the night goes on (they can totally tell). You’re trying to keep up with your family, and you think that you’ll be fine – you drink every weekend, you can outdrink any of them…right? You’re probably wrong, but we’ll let you believe that for now.

All your cousins have somehow convinced you to leave the “adults” (even though, technically speaking – you are one) and head to the basement to catch up. Your first mistake was following them, because you don’t know how, but the drinking games commenced as soon as you went down there.

How did you even get drunker than everyone else? You’ve accepted and embraced that you’re the family member at the centre of the gossip mill this holiday season. You’re the kid that all the aunts will be gossiping about and all the uncles are yelling at to drink more.

“I’m just in a food coma, I swear – I just need to lay down.” But let’s be honest, you drank too much wine and need a post-wine nap. You’re just going to lay down on the couch and watch the football game, that’s it. You don’t even mean to fall asleep but it just happens. Just be prepared for all the photos to pop up on Facebook the next day.

You may be the talk of your family and your parents may be embarrassed but they can’t deny that you were the life of this year’s holiday party. At least you had a good time, and probably a better time than you would have if you were sober. In your defense, you rarely drink with your family and you may have gotten too excited (my excuse…every year).