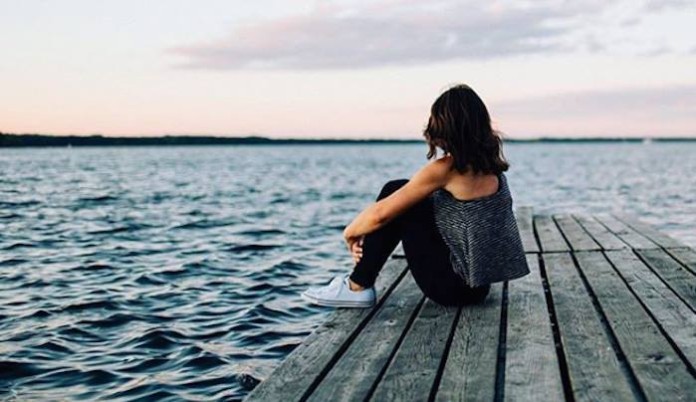 If you’ve ever been referred to as a negative person, or been told that you complain too much, you’ll probably be able to relate to this issue: whenever you try to talk about things that you’re struggling with, people tell you that you should stop complaining. You’re used to being told that you should “think of all the less fortunate people” whenever you share your problems. Or even worse, you’ll have people respond to your concerns by telling you someone they know who “has it worse” than you.

Obviously we all want to try our best to stay as positive as possible, and it can be helpful to try to look at the bright side of most challenges you’re faced with, the truth is, life is hard. No, not all of us are sick or poor. Not all of us are facing the issues that everyone would consider “major.” Our “first-world problems” may not be your problems, but everyone fights their own personal battles, everyday. It honestly doesn’t matter if something doesn’t seem like a big issue to you, because you aren’t the one dealing with that specific scenario. When a person is brave and open enough to admit and discuss what they’re feeling or going through, the least supportive thing a person can do is tell them that their suffering isn’t legitimate. It’s totally unacceptable to make someone who is hurting feel like a bad person for “complaining” about their “little” problems.

You never see someone say, “I’m getting married!” and shortly after hear, “Oh, that’s cool, but I’ve already married and we’re thinking of having a baby. You’re a little behind us.” Or, “I’m going to take a weekend trip to Vegas next month” being met with, “My friend actually went to Europe last year so you shouldn’t be so excited about such a little trip.” It just doesn’t happen. If people did that, they’d be a**-holes. So why is it that it’s normal to respond to something like, “I have to fix my car again!” with, “Well at least you have a car.” And why is that when someone says, “Work was really crazy this week. I’m super tired,” it’s okay to say, “You should just be happy you don’t have kids and a job to juggle!” I mean, not only is it considered perfectly alright to say things like this, but the person who “complained” is supposed to actually feel bad or guilty for sharing their feelings.

Life is not easy.

If it is for you, awesome. But don’t make someone else feel like garbage for trying to open up about what’s real for them. Don’t get me wrong, finding the silver linings and been optimistic is great. However, sometimes things pile up and it is just too hard to do that. The best thing for people who feel that pressure, is to share their feelings. It’s the people throwing the “look on the bright side because your life isn’t as bad as so and so” around who create a culture of isolation. People are forced to feel so much more pain by having to bottle things up because no one will listen or they’ll be labelled as complainers. If you can’t be a listening ear and offer support, then just be upfront. Tell your friends that you don’t want to hear about their problems. I mean, don’t blame me if you have no friends afterwards, but save them the trouble, please. At some point, we all need to vent. Some people need it more than others. Be kind because someday, you’ll need it too.