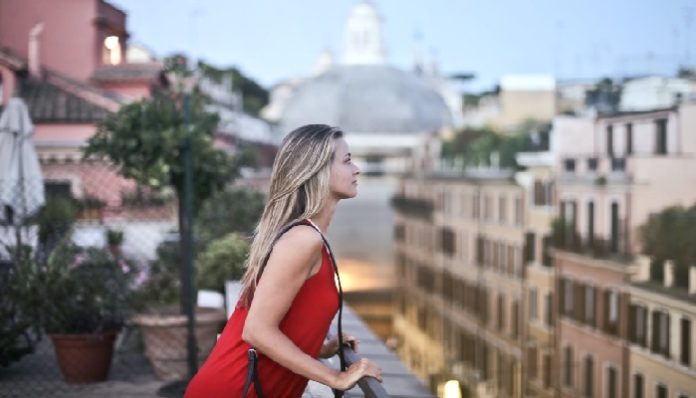 I know I’m not the only person with the ability to truthfully say this: I have an undeniable issue with saying “no” to people. It’s awkward, instantly shuts people down, and reluctantly at times; I am a huge people-pleaser. I am always looking over my shoulder to see who dislikes me, and my immediate reaction of anyone coming forward with complaints is to think about a million ways of how I can change that (sometimes even with people I barely know). For whatever reason, I can’t stand the thought of someone disliking me, so I will do whatever I can to change their opinion.

Recently, I’ve noticed people taking advantage of this  and I guess I never paid it any attention in the past because I assumed things are always my fault and it’s always up to me to fix them. This is completely untrue. We are all human, we are all accountable for our actions and we don’t have to do everything people demand of us. I certainly struggle with accepting this because I can’t stand the thought of someone being unhappy when it could’ve been prevented. I am learning more and more everyday that it’s okay to say nah, no thanks, and to admit that you don’t want to/don’t have to help. Here are 7 reasons why it’s okay to say “no” to people:

1. You have your own life

Sometimes, even if it’s last minute and you are headed out the door, people expect you to drop all your plans (because you have in the past) and do what they are asking of you. For example, if I was genuinely not doing anything and I was okay with driving a friend somewhere, I would do it, no problem. But there are plenty of times I want to do things I WANT to do, so I need to acknowledge my needs and stop feeling bad about wanting to do a whole lot of nothing.

2. They ask favors all too frequently

There are some people who just ask the same favor over and over and take a liking to the same response they seem to be getting from you. This is called taking advantage of your generosity. Break that cycle quick and learn that it’s okay to not be so predictable all the time.

3. You’re only doing it out of obligation

It’s one thing to do something nice for someone because you genuinely want to, but it’s a whole other story to do it out of guilt or obligation. Just because you have your own things to do and you don’t want to set them aside to please someone else, does NOT make you a bad person. It just means, like them, you have a life too!

4. Your friend will be mad if you don’t help them out

How much of a “friend” can somebody really be if they get upset with you for not helping them out when you couldn’t? Whether it be you had an errand to run or a workout to go to (it really doesn’t matter), it’s not fair of them to be angry with you.

Just because you needed a favor and were helped out, does not mean there is a tally sheet going around for who owes who what. If someone decided to help you out, that’s on them. There should be no expectations that since someone did something nice for you, that you should be at their beck and call for when they need the favor returned.

6. You could do everything right and still be wrong

When you know in your gut that you shouldn’t do something, but do it anyway, you’re doomed to face the consequences. You could go above and beyond and sometimes still fall short. Some people expect everything under the sun (for some bizarre reason) and that’s not fair to you, because you, in turn, feel like you let them down. If you just went with your gut feeling, in the beginning, you wouldn’t feel like you came up short.

7. You’re allowed to be selfish

This might sound crazy, but you’re allowed to think of yourself every once in a while. Usually, you put everyone else’s needs first and yours second. Stop! Be selfish! If you don’t want to do something for someone, don’t feel obligated to. BE FREE!

I am definitely guilty of wanting to please and impress other people all the time. I tend to push my needs to the side and see what I can do to make other people happy. But, I am starting to learn that it is okay to be selfless every once in a while. There’s no need to feel obligated or guilty when saying “no”. There’s always going to be someone you can’t impress anyway, so don’t strain yourself trying to do everything they request. You matter too!

Why As A Girl, I’m Glad Chivalry Is Dead

What You Need To Remember Today On The 74th Anniversary Of...