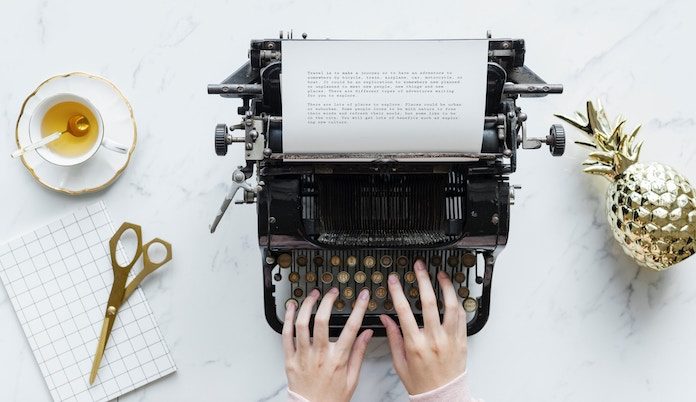 At school, we learn to read and spell. Then, we move on to the next stage and begin to create short stories. When our skills strengthen, essay writing becomes a regular homework assignment. In higher educational institutions, we also deal with more complex academic paper-writing which includes course works and dissertations.

Some enjoy these tasks and cope well with them, while others consider them extremely difficult.  Not all people will write something besides the academic assignments. Only a few wish to find themselves in the world of literature.

How can you break into the literary world on your own? At school, you had instructors that guided academic essay-writing. Who can now help you to become a good writer? The answer is obvious: those who have already become famous authors. Many of the prominent writers share their secrets with their readers. Here are some of the most talented writers and their best-kept secrets.

One of the most honored American authors in the genres of fantasy, horror, science fiction and mystery, Ray Bradbury. He advises beginners and intermediate writers not to start by creating a big novel. You can spend a year trying to come up with one, but it might turn out not so well.

Bradbury’s hint is to practice your craft by writing short stories. If you write one short story per week, you will end up with 52 stories in a year. He says that it’s nearly impossible not to have at least one good story among them.

The reason we write is to communicate. If you use an elaborate style with long sentences and complex words or jargon, your message can be lost in the mess of words.

Express complex ideas in clear language. Many authors agree on this point. Ernest Hemingway believed that words should be “simple and vigorous.” He never put down a sentence on paper until it seemed that anyone would be able to understand it.

Develop a unique writing voice. Stephen King calls the attempts to copy someone else’s style “pale imitation.” You will never copy the way another person sees and feels the world. If you try to copy another writer’s style, y will only have a shallow view of vocabulary and plot.

Don’t steal. Express your own point of view. Develop your story’s events, and your writing voice will sound natural.

4. Don’t care too much about what others may think.

You will have to deal with rude comments on your work, but that should be the least of your concerns. Don’t try to please others.

Stephen King thinks that every decent writer has been accused of being a waste of talent. He hasn’t always been a favorite among literary critics.

Rudyard Kipling was told he didn’t know how to use the English language. The Jungle Book is now one of the most famous children’s books of all time, and Mowgli is one of the most legendary fictional characters.

Anton Chekhov is a celebrated Russian short story writer and playwright. Many of his short stories are considered the apotheosis of the form. His writing advice is, “If in the first act, you have hung a pistol on the wall, then in the following one, it should be fired. Otherwise don’t put it there.”

“Chekhov’s Gun” is a concept that describes how every element of a story should contribute to the whole in a way that makes sense. It doesn’t mean that every point of the plot must be important. Some elements create a mood or describe settings. Some don’t seem important but take a greater significance later on.

Editing is an important part of the writing process. And it can be painful. You kill your darling words or sentences on which you spent so much time. However, you need to remove all the superfluous language so that the text will become clearer.

Don’t remove too much, though. If you remove too much of your original language, you may achieve the opposite effect. King cuts down his texts by 10 percent. Some writers leave out adjectives. “As to the adjective, when in doubt, strike it out,”  Mark Twain said.

Stephen King recommends beginning writers getting rid of TV. He finds it “poisonous to creativity.” Instead of binge-watching your favorite shows, you should read as much as possible. He suggests bringing a book to waiting rooms and treadmills. King likes to plug in an audiobook while he’s on the bus or walking somewhere. It helps him to pick up  ideas.

Ray Bradbury claimed that educating himself in the library was better than college. “You must lurk in libraries and climb the stacks like ladders to sniff books like perfumes and wear books like hats upon your crazy heads,” e said.

8. Either be passionate about writing or quit it.

Some people are inspired by the successes of the Harry Potter franchise or Dan Brown’s books. They want to write a bestseller and earn so much money that they will never have to work again. Others want to get recognized on the street.

Well, dreams are attractive, but what you really need is a passion for the work. The choice to be an essay writer is a risky one. Gertrude Stein submitted poems for 22 years before having one published. Would she have been so consistent if she had focused her efforts on fame or money?

Most people think that you have to be born a writer. An individual is gifted with a magical ability for putting words on paper. Such thoughts can have a negative influence on your self-confidence.

Many of the best in different fields, such as Michael Jordan and Tiger Woods, have gone beyond normal limits of practice. That’s why they reached extraordinary results. The same is true for writers. Stephen King says that he writes 10 pages per day, even on holidays.

“Gone with the Wind” by Margaret Mitchell was rejected by 38 publishers before it was printed. “Carrie” by Stephen King received 30 rejection letters. Agatha Christie’s first book waited five years before publication. Marcel Proust had to publish his works for his own money. There are many such examples.

Prepare to cope with failure and criticism. Never give up on your dream. Tirelessly submit your manuscript until it is accepted.

Enjoy writing. Virginia Woolf advised writers to “Write what you wish to write.” Find your niche. Lewis Carroll liked to make stories for his friend Alice and her sisters. Once, his friend asked him to write a story out for her. The book was published and had great success. Some authors, like Anais Nin and Anne Frank, published their private diaries.

Nobody knows how far you can go. Learn to find the reward of your work in the work itself. May writing always bring you joy.