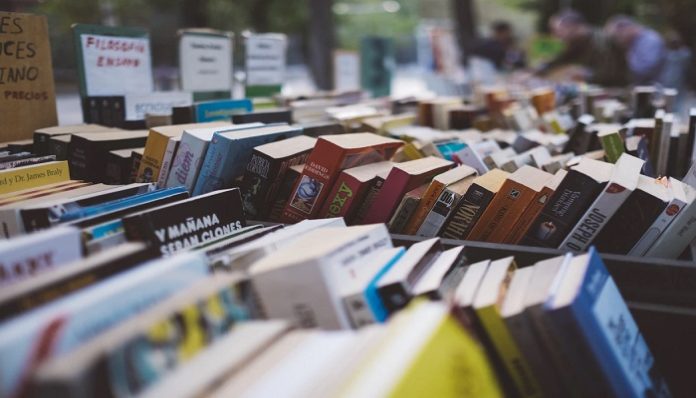 College, it’s a weird (and wonderful) place. You’re likely experiencing your first run with independence while still being surrounded by a safety net. It’s a bizarre space between trying new things and saying goodbye to old things, and a new life direction couldn’t come at a better time. Of course, most of us don’t want to be told how to live our lives, but what about reading about how others have lived theirs?

Whether it’s a fiction, non-fiction, memoir, or essay, a book is more than just heap of words, it’s an opportunity to see the world from a new perspective. There are few things more life altering than that. So while you’re teetering between adolescence and adulthood – not a girl, not yet a woman (B.Spears, PREACH!) – here are seven books you should make the time to read before they hand you your degree and kick you out the door.

1. A Heartbreaking Work of Staggering Genius by Dave Eggers

If the title doesn’t entice you, I’m not sure that you’re human. I picked up this book for two reasons; 1) It was my boyfriend’s favorite (hence, its glamorous post in the bathroom magazine rack) and 2) I found its title intolerably narcissistic for a “memoir” and had to prove it wrong. As it turned out, it ended up proving itself right. So right.

The Premise: At the tender age of 22, Dave Eggers loses both his parents to cancer and decides  to move from the suburbs of Chicago to San Francisco to to raise his little eight year old brother.

Why It’s Good: What you might expect from a premise such as this is completely turned sideways with the book’s wit and comedic favor. It’s a sad situation, but only as sad you make it. Eggers turns the struggle into something glorious, and truly shows you what (and who) is important in life.

An Excerpt: “We have advantages. We have a cushion to fall back on. This is abundance. A luxury of place and time. Something rare and wonderful. It’s almost historically unprecedented. We must do extraordinary things. We have to. It would be absurd not to.”

2. What Do You Want to Do Before You Die? by Ben Nemtin, Dave Lingwood, Duncan Penn and Jonnie Penn

The Premise: A list of one hundred things the authors want to do before they die — illustrated beautifully.

Why It’s Good: This list is not the usual one you’ll hear from four twenty-something authors. From saving a life to putting Hogwarts acceptance letters in everyone’s mailbox, this book urges you to look outwardly as much as you look inwardly.

An Excerpt: “I want to see my sister overcome her anxiety. She’s only 18 and has barely left the house in 4 years.”

3. Against Interpretation and Other Essays by Susan Sontag

Everybody needs a little Susan Sontag in their life. I still remember reading her “Against Interpretation” essay as a freshman and thinking I had been misled by my education for all of my elementary, middle and high school years. Sontag is out there, but relevantly so.

The Premise: A collection of essays, the most famous of which questions the standard interpretation of surrounding art and culture. Sontag’s main point? That intellect is overshadowing spirituality, and not in a good way.

Why It’s Good: Susan Sontag proves herself to be an intellectual who has a distaste for certain types of intellectuals. Yeah, that’s some good stuff.

4. The Catcher In the Rye by J.D. Salinger

This is my mom’s favorite book. Sidenote: Everyone should ask their mom what her favorite book is and read it. A classic coming-of-age tale, how could I not include this one on the list?

The Premise: Boy gets expelled from prep school. Boy leaves prep school and takes the subway into New York City. You know the rest.

Why It’s Good: A last grip on innocence, a youthful rebellion and a struggle with sexuality. This book has it all.

An Excerpt: “It’s funny. All you have to do is say something nobody understands and they’ll do practically anything you want them to.”

The Premise: A little boy leaves his home planet to travel the universe and finds himself learning about the not so wonderful attributes of adults. (Also, one of the characters is a fox. Amazing.).

Why It’s Good: It’s charming and magical. This book may look like it’s for children, but it holds a lot more prevalence for those of us who have left that stage of life and perhaps lost something important along the way.

An Excerpt: “All grown-ups were once children… but only few of them remember it.”

6. Letters to a Young Poet by Rainer Maria Rilke

The letters in this book hold as much prevalence today as they did between 1903 and 1908, when they were all originally written. The title says it all. Letters to a Young Poet.

The Premise: Rainer Maria Rilke’s ten written responses to a Bohemian-Austrian poet deciding between a career that follows his passion for poetry or his respect for the Austro-Hungarian Army.

Why It’s Good: These ten letters are wonderfully crafted and exquisitely written. And best of all, they guide young people without pushing them. That is a rare and beautiful thing, my friends.

An Excerpt: “If your daily life seems poor, do not blame it; blame yourself, tell yourself that you are not poet enough to call forth its riches; for to the creator there is no poverty and no poor indifferent place.”

7. The Interestings by Meg Wolitzer

This book may be the newest release on this list, but it gets the young adult mentality that seems to unceasingly exist in every generation.

The Premise: Six childhood friends who start off as young dreamers and aspiring artists end up taking six very different roads in life. Some choices affect outcomes, some choices do not.

Why It’s Good: This book so perfectly captures what it is to feel like during your early youth, and then it shows you the potential (and lack of) for the future. The self-involved attitudes of the characters are eerily relatable and a lifetime rushes past you, almost unbeknownst, as you turn the pages.

An Excerpt: “I always thought it was the saddest and most devastating ending. How you could have these enormous dreams that never get met. How without knowing it you could just make yourself smaller over time. I didn’t want that to happen to me.”

These seven books will soothe your soul, or, at the very least, keep you from crying when you leave the university bubble and hit the hard, cold, dirty ground of the real world. Now go on and enjoy those four years while you’ve still got them.