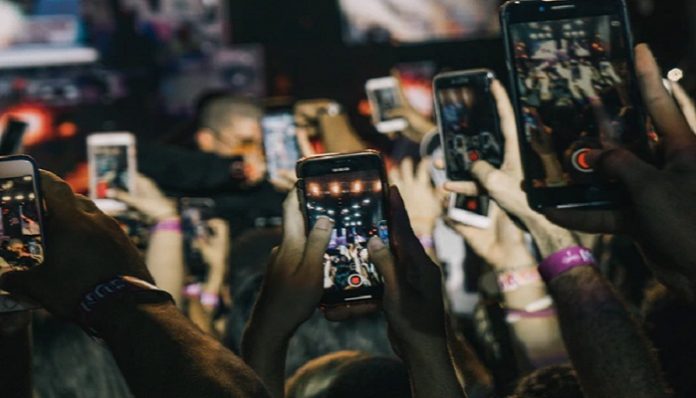 The social media police needs to back off.

Telling people to stop doing certain things on social media is so pointless! It is not school, there are no set rules we need to follow to use it. You can’t go up to someone in the grocery store and tell him or her to not buy so much junk food, it’s not your place, so why do people feel it’s their place to “correct” everyone on the Internet. Along with the social media police, those of you under 40 need to stop hating on our social sites like Tumblr, Twitter and Facebook. You’re fighting a worthless battle, social media is here to stay, like it or not. The funny thing is that the haters usually use the same form of social media to state their annoyance. Isn’t that ironic? The truth is, everyone needs to stop bitching and embrace it, because we are the social media generation.

I’ve heard countless times “Stop Instagraming food,” “People need to limit their tweeting,” or my favorite, “Stop with the fitness motivation already!” Homie, have you ever heard of an unfollow button? The creators of social media sites and apps were kind enough to invent a simple button that allows you to edit your timeline to your liking. Wow, how forward thinking, how profound, what a discovery! I agree with many of you, I don’t particularly care what someone ate for breakfast, lunch and dinner, but I also have enough common sense to judge a post’s importance to me by reading the first line. If I don’t care to read the rest, I keep scrolling. By the way, if you’re messing around on Facebook, you don’t have a right to be angry at your aunt’s fiftieth post about her dog. Instead of trying to control everyone else’s social media, edit your own! Have it fit the exact guidelines you believe social media should follow (I’ve done it, and I’m super proud of mine.)

What I find so amusing is that most of the “arguments” given as to what to and not to do on social media, are simply personal opinions. Your opinion means very little to my life, shockingly. If I wouldn’t listen to a stranger tell me the dress I’m wearing isn’t to their liking, why would I listen to a stranger tell me how to run my social media pages? Hop off my dick and unfollow me if my million feminist posts upset you. There are no official rules to social media; no police officer is going to show up to your house if you’ve posted more than two Instagram pictures that day. You can bitch to yourself about that super religious kid tweeting Bible verses all day, but that’s about it. They’re going to do them, and you do you. If it bothers you so much your whole day is ruined, you need to see a therapist. Obviously giving your friends some advice on limiting their drunk tweets is acceptable, but if they don’t stop, suck it up, you tried.

Lets stop focusing on the negatives of social media and look at all the positives. How do you think multiple music artists are discovered? It’s not from giving their mixtapes to friends and family, they shared their music on the web. They tweeted about it, made Facebook fan pages and started a Tumblr dedicated to their art. As a writer, I honestly do not know how to get my pieces out without social media sites. For those of us whose future’s rely heavily on social media, it’s upsetting to hear people brush it off so easily. Just because you kill some hours on Twitter doesn’t mean people don’t actually use these sites for a purpose. And don’t lie to me and say it’s not awesome stalking your ex and seeing how fat they’ve gotten.

The next time you think about joining the social media police, think about what exactly is bothering you. To be honest, you look like a nitpicky bitch and you’re most likely that asshole who sends all their food back at restaurants. Back off the social media hate, if you cannot handle it, go live in the woods and see how long that lasts. These sites aren’t the ones keeping you from actually DOING things during the day, that’s your own lazy ass. Go ride your bike, when you’re done, you can even Instagram it! Wow, how fun! Social media is our friend and future, whether we like it or not.