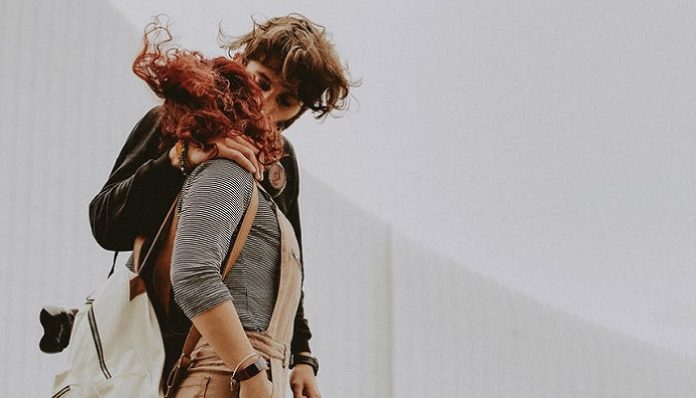 I was 18, fresh out of high school, and about to embark on the thrilling journey known as college when I met him. He was entering his senior year of high school in a neighboring town: a fact that should have had me running the other way as soon as I found out. I didn’t want high school drama following me around while I was enjoying college, but I thought he was different. When I met him, I only had two months before I moved two hours away for school, and I intended to use every second of those two months to learn everything I could about him.

It didn’t take long for me to realize that I liked him. We hung out mostly with our mutual friends, and he asked me out the night before I moved. When I moved in the next day, I was lost. I figured that there was no way he’d try to make a long distance relationship work during his senior year of high school because I thought he’d want his freedom to do “senior year things”, and I didn’t know why I was pushing to be in an LDR during my freshman year of college. However, he told me that I was worth the distance.

The first three months of our relationship were nearly perfect. We got along great and we were like best friends. There wasn’t a day we were together that wasn’t spent laughing and goofing around. About four months into our relationship, things started getting really complicated.

One night he came over to my house to watch movies with me. I noticed he was acting strange so I asked him what was wrong numerous times but he continuously replied “nothing”. After he left later that night, I found that he had left his cell phone on my kitchen table. Since he was acting so weird, I looked through his phone. I had a gut feeling that he was hiding something so I felt I owed it to myself to figure out what was wrong. However, by looking through his phone, I became the type of girlfriend I never wanted to be. The first message in his inbox was sent to his ex-girlfriend telling her he still loved her.

It instantly broke my heart. I spent the rest of that night restless. The next day, he texted me from his brother’s phone asking if I could bring his phone over later that night and we could hang out. I replied with a short “yes” but ignored his numerous attempts to contact me the rest of the day. I didn’t know what I was going to do when I saw him, but I didn’t want to talk to him until I figured it out. That night I told him if he didn’t truly want to try to make our relationship work, he should break up with me.

He told me that she was his first love and he would always love her, but he wanted to be with me; and because I was already in too deep, I gave him a second chance. Plus, I thought he could eventually change into the man I needed him to be. Once I found out he was in love with her, of course, I had major trust issues because he never gave me a valid reason to trust him. For four years, we were off and on, and back off and on again, mostly because of his ex (but there were other red flags waving in front of my face that I foolishly ignored). She wasn’t happy with anyone else and always kept him as her back-up plan. Her influence in his life turned me into his back-up plan. Love, or what I thought was love at the time, foolishly blinded me. Don’t get me wrong, I knew I deserved better, but I didn’t know if I’d ever find it. He was my only option, but I was never even his priority. No matter what I did, I always came in second place. After being “on” for one year, I realized I deserved better and I’d rather be alone than be with someone who did not cherish or respect me. I have worth, and it was time that I loved myself enough to walk away.

Now, looking back on that on and off four-year relationship, if you can even call it a “relationship”, I realize that I completely diminished my worth for him. If you are in a relationship like that, just know that it’s never worth it. For the first time in a long time, I’m alone and it feels amazing. Being alone doesn’t mean I’m lonely. Giving yourself time to reflect on who you are and who you desire to be is one of the greatest gifts you can give yourself.

We do not have to settle. Settling is for the weak. Women are meant to be strong and fearless. Always remember that there’s a difference between boys and men. Boys will use you; men will respect you. Being respected means everything in a relationship. In “The Perks of Being A Wallflower” there is a quote that states, “We accept the love we think we deserve”. You should never have to “accept” love; accepting love is pretty much settling. You deserve the world. You deserve to be swept off your feet. You deserve to have a man that adds to your happiness, not gives you happiness. You deserve true love, and if you’re too busy settling for a love you think you deserve, you might miss out on the real thing.