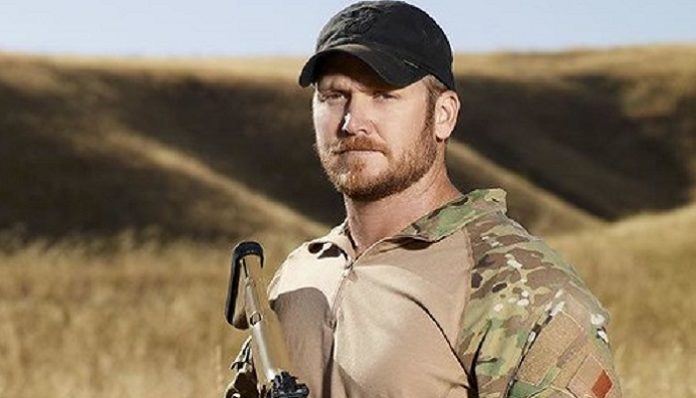 “I’ve lived the literal meaning of the “land of the free,” and “home of the brave.” It’s not corny for me. I feel it in my heart. I feel it in my chest. Even at a ball game, when someone talks during the anthem or doesn’t take off his hat, it pisses me off. I’m not one to be quiet about it, either.” – Chris Kyle, American Sniper: Memorial Edition

Since the box-office hit American Sniper premiered in movie theaters, the nation has been in a divide. Although it’s a given that every movie or book will have its critics, the American Sniper critics have been painfully harsh.

I’m here to tell you why these critics are not only wrong but also ironic.

Chris Kyle, a decorated Navy Seal, entered the force after the attack on the twin towers on the fateful day of September 11, 2001. Growing up in Texas, Kyle had begun hunting at a young age and had great pride for his country. Kyle knew that he had the courage and bravery as well as a goal when entering the Navy: he wanted to protect his family, his country and his rights.

Chris Kyle fought for the rights of the people who are now shaming him and his book. The reason these critics even have the right to say their opinions are because of Chris Kyle and the brave people like him that are willing to fight for those rights. In the movie, we see a glimpse of a country that does not have the same freedom of speech that we practice. What’s the punishment? Murder. The dad of an Iraqi family and their young son are murdered.

It’s hard for us, as Americans, to put ourselves in the shoes of someone who doesn’t have the right to free speech. Life is difficult for people that don’t have the same rights as we do. Our country is built on a few major aspects: military and freedoms. To me, these two words go hand-in-hand – they’re practically synonymous.

Now, put yourself in Chris Kyle’s shoes. Of course you would be upset if you saw your friends being murdered by your enemies. Maybe you even know someone who had lost their life on the dreadful day of 9/11. Imagine having a family at home and knowing that if you lose this war you’re fighting, they might be in danger. It would frighten you. It would be the smoking gun that gets you fired up.

After serving over 1,000 days overseas, Chris Kyle suffered from and overcame Posttraumatic Stress Disorder. He understood how to help people with PTSD because he had been there. The fact that Chris Kyle died trying to help a veteran overcome his PTSD says a lot about the man that he is. At a Navy Seals funeral, the other Seals in attendance put a gold pendant, called a trident, on the casket. There were over 100 tridents on Chris Kyle’s casket, proving how influential he was to the people he knew and even to the people he didn’t know.

Chris Kyle had a job to do. While you sit on your couch, in your warm bed, or on a park bench reading this, you can thank Chris Kyle and all the other former, current and future members of the United States armed forces. Unlike many other countries, we don’t have to live in fear everyday. Thanks to our armed forces, we don’t have to fear leaving our house, speaking for ourselves, or even commenting on this post. That is what America stands for.

Featured image via “american-sniper-chris-kyle” by steevencortez is licensed under CC BY-NC 2.0

What To Do If You And Your Partner Have Different Sex...