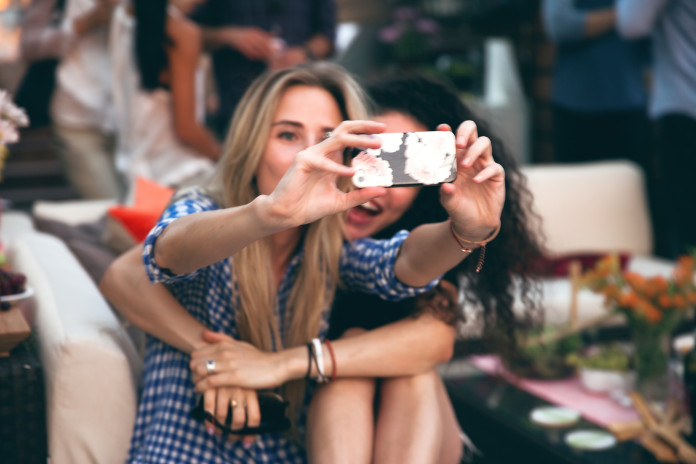 On January 27th, 2015 Snapchat rocked the world of social media with their new “discover” update. According to Team Snapchat, Discover is a new way to explore stories from different editorial teams. It’s the result of collaboration with world-class leaders in media to build a storytelling format that puts the narrative first. But most importantly they took away the “best friends” feature – this made users sh*t the bed with either excitement or rage. Needless to say, girls who have caught their boyfriends cheating on them through this app were sad they had to lose such an ally.

The “top friends” was arguably the best and worst feature of the app: everyone loves to hate this feature of Snapchat. Users hated the lack of privacy but also loved to snoop on others. Instead of wondering whom your girlfriend, boyfriend, or crush was hooking up with, you could simply check their top friends to find out for sure. What’s that sound? It’s the sound of cheating boyfriends and girlfriends everywhere sighing in relief because Evan Spiegel and Team Snapchat have gotten rid of the “top friends” feature!

Although Snapchat removing the BFF feature may be a hard pill to swallow, it is a necessary move and will put tons of users (myself include) back on the track to sanity – we can now calm down and stop freaking out about Snapchat “top friends.” We can start thanking God that this feature of the app is gone and here’s why:

1. No one was ever quite sure how the “top friends” feature even worked, or if it was an accurate depiction of whom you snapped most.

Personally, my “best friends” never reflected who I really Snapchatted. My best friend and I “snapped” each other 30 times in a row and didn’t end up in each other’s “top friends” – then a guy who I snapped twice somehow made it onto the exclusive list. Snapchatters everywhere would get worked up and jump to conclusions without even knowing what the “top friends” feature of the old Snapchat really entailed.

We all know that we are guilty of using the “best friends” feature to see if the person who we’re casually hooking up with is getting with someone else. Thinking that your “top friends” are a list of the people you’re hooking up with is completely irrational. If you’re casually hooking up with someone you shouldn’t care about his/her “top friends” and if you do it’s time to reevaluate your situation. If you’re in a committed relationship and you’re concerned about your partners top three Snapchat friends than you’ve got some trust issues you need to work through.

3. Snapchat BFF’s brought out some ugly insecurities in people.

Why do we even give a f*ck about who is snapping who? I mean Facebook is always at our creeping disposal. Caring about who is in a certain users “top friends” only reveals that you are insecure about your relationship with said person. These anxieties are ugly and irrelevant. You should feel confident about your standing with the person you’re dating, hooking up with or have a crush on regardless of his/her “best friends” on Snapchat.

Allowing us to see other users “best friends” on Snapchat would only lead to spying, accusations and stressing: we get enough of this from Instagram, Facebook, and just about every other social media outlet – we don’t need it from Snapchat too (or at all if you ask me).

5. There are more important things to worry about than Snapchat BFF’s.

Snapchat best friends weren’t meant as a means of monitoring your BF/GF, or to find out who might be trying to make a move on your guy or girl. They are simply three friends who you’ve sent a 10-second picture to a few times.

So on behalf of myself, and Snapchat stalkers everywhere, I would like to formally thank Evan Spiegel and Team Snapchat for removing the “Top Friends” feature. Now we can all take a breath, relax and stop stressing over Snapchat “top friends” because lets face it, realistically everyone loves to creep, some people just don’t like to admit it – and now (thankfully) we can’t.