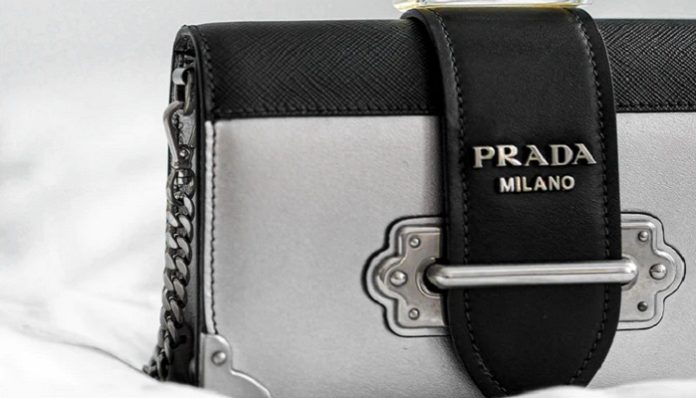 Two years ago I moved to Los Angeles, which Miley Cyrus describes as ‘the land of fame and success’. I was initially nervous to move to LA because all of it’s notorious stereotypes; one being how materialistic the town is. Last summer, I experienced first hand how money makes people crazy, and I am here to tell you ALL about my ridiculous date with a millionaire.

Who was this dude and how did I stumble upon him, you ask?

At the time, my friend was working as a personal assistant to this crazy rich guy with crazy demands. She spent her days shopping for him, getting his cars washed and essentially just wiping his ass. I was just a bartender at the time and doing some freelance production work aka unemployed. To come to the point, a lot of my days were free so I would just cruise around with her and watch rich people be rich people.

I had also just let go of someone who I thought was supposed to be the love of my life, so I was pretty sad and needed to keep busy and stay around people. I was spending my days drinking, crying and watching Rachel McAdam’s movies. My girlfriends were getting pretty tired of me being hungover by 4pm, so my friend convinced me to go out to dinner with her crazy rich boss. At first, I was like, ‘absolutely no way.’  But after happy hour I agreed to the date. What’s the worst that could happen?

I wasn’t taking the actual date seriously, but I obviously wanted to look GOOD. I decided to wear my most comfortable wedges from Marshalls with skinny jeans and a top from Forever 21. From there, I pretty much just caked my face with foundation and then dipped it in bronzer. Ready to go!

He picked me up in his 911 Porsche convertible and was actually super nice despite the fact that his entire outfit loudly expressed that it cost more than my entire life savings. I was a little nervous because it’s not really my style to just go out with a total stranger (unless we met on Tinder) and all I knew about this guy was that he was a needy rich asshole. Nevertheless, he was being very sweet to me, so masal tov! Let’s do this.

We went to dinner at some bougie steakhouse where Beyonce probably eats. My friend had warned him that I’m a big vodka drinker so he ordered me a Grey Goose Cosmo, which came with dry ice, and this made Kelly very happy. I had four of them in less than an hour and didn’t feel bad about it at all.

As the Cosmo’s were flying back, he was becoming more and more interesting and my jokes were getting funnier and funnier. I tend to like people who like me so I wasn’t hating this guy. I also knew this mother fucker was going to feed me right, so I showed up with an appetite. I don’t know if any of you have drank with me before, but I don’t just eat when I’m drunk, I EAT when I’m drunk. Bring on the steak brotha!

I don’t remember too many details, but I do know that there was a seafood tower and a $600 bottle of wine. I sure do love my wine, but no wine is worth that much money. Do you know how many wedges I could get from Marshalls for 600 dollars? This guy was trying to get his dick wet and he wasn’t fooling anyone.

I started to feel slimy for even being there with him, I was totally that girl-the young naive girl in Hollywood wearing Forever 21 out to eat with a sleazy old rich guy. I could feel the servers judging me.

The bill came and I’m not exactly sure how much it was, I just know that I saw a comma. (Yes. A comma. On dinner.) He dropped me off and I went right to my bathroom and threw up. Looking back, I should have sold my puke.

My birthday was just a few days away, and he asked me if I wanted to go on his private jet with him to Cabo. Well, I would like the private jet and I would like Cabo but I didn’t want him to be there. At this point, I was viewing him as a cool buddy to have, but the thought of kissing him or even just touching him made my vagina curl up into a dry dusty ball. It actually stressed me out. Nothing was going to make me attracted to this guy; his American Express was a different story. I politely declined his offer to Cabo and he told me he’d gift me something instead. After just one date, this dude bought me a pair of Christian Louboutins (which are like $1300 shoes) to wear on my birthday. I don’t know what he was smoking thinking that I would wear those on my birthday -I have my game face on for my birthday and sandals it is!

On my actual birthday, he bought me an entire day at the spa. I didn’t even kiss the guy. I can’t imagine what I would have gotten if I slept with him. Actually, I probably would have gotten a Mercedes G Wagon and a nose job.

What’s my problem with all of this?

I was well fed, groomed, massaged and owned a pair of shoes that only escorts and celebrities have -but I hated everything about it. The outside of me loved it. I loved Instagramming my shoes and telling the story to my friends…but the inside of me felt shitty. He did all of those things voluntarily, but I still felt like I was using him. I felt like one of those unloyal hoes that Chris Brown keeps whining about.

I felt like it was wrong to accept all of these lavish gifts from a person I had no intention of sleeping with. When I told him this, it made him irate. He went off and called me ungrateful, saying that I had issues with men. I’m pretty sure not fucking him and not accepting the shoes was me doing something that my father would actually be proud of. I went to the store to try to return the shoes. Long story short, they did not accept returns so I’m stuck with these ridiculous shoes that are just sitting in my closet reminding me of the puke I should have sold.

Moral of the story:

Los Angeles has a reputation for being populated with some of the worst human beings. This is because it’s a materialistic town where you are judged by how much money you have. In reality, your true character has nothing to do with the environment that you are in, you choose to be the kind of person you want to be. From my experience, money makes people crazy. Although this guy was waking up in a Beverly Hills mansion every morning and driving the nicest cars and wearing the most expensive clothes, he was not happy. His money was all he had and became his character. There is no reason for a man to be dropping that much bread on a 22-year-old girl he knows is only there for the story to tell. He actually enjoys just being ‘the rich guy’. Pretty pathetic.

Two Truths And A Lie:

I’m not mad about the store’s no return policy. I did however exchange the black pair for a nude pair. The purpose of this wasn’t solely so I could get two Instagram pics out of it, making everyone think I owned two pairs.

In a really good place,