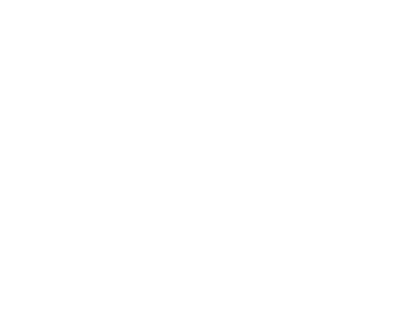 Ugh, we all follow that fratty douchebag on Twitter who can’t let go of college. You see him tweeting, frequently about his oh-so-serious ‘post-grad problems’, like no one wanting to hook up with him. This dude #PGP’s like it’s his job. Take a look around, bro—the toga party is over….it’s time to take the dirty sheet off and join the real world.

I’m going to go ahead and contradict the high school guidance counselor propagated myth— I don’t believe that college is the best time of your life. There’s nothing about waking up next to a Crunch Wrap Supreme wrapper and sour cream on my sheets (I think that’s sour cream) that screams ‘best time of my life’. On the contrary, getting taken out to a seafood dinner by a guy with health insurance is pretty nice.

Sure, you’re graduating and it’s scary. This is where the question of ‘now what?’ matters more than ever. But look at it like this—you’re graduating from being ‘that girl’ to being yourself. Buckle up and begin to embrace the challenges ahead.

It has been two years since I’ve retired from being ‘that girl’, and for me, this is the best time of my life. I actually know who I am now. In college, we’re all still figuring it out. We go to the ABC parties, dress up like idiots, take as many shots of cheap vodka as we can handle and then compete to see who can hate themselves the most the next day. After college, you start learning who you want to be as a person and putting it into practice. For example, I know now that I cannot take shots of warm tequila on an empty stomach. Therefore, I’ll have the frozen margarita AND the fajitas. Thanks Pablo.

You would assume that you would learn more in college because you’re taking classes and being tested on your knowledge of material…but I’ve learned so much more being out in the real world. You learn to appreciate the little things, like when the pretty girl at work gets a lip pimple or when a public bathroom is empty when your Chipotle burrito starts getting chatty. You notice a shift in the kind of mistakes you make as well. Post-grad, I’ve never regretted having sex with someone as much as I’ve regretted not peeing afterwards. The real world doesn’t have time for a UTI.

What’s interesting about post-grad life is how your priorities start to change. Looking back (via Facebook pictures on an unproductive Sunday night), I thought that I had peaked in college. Then, I realized that I just actually had the time and energy to GET ready. Now, I’m a little busy running my damn life. I simply don’t have the time to aggressively tease my hair and drench my face with bronzer. I quickly learned that the CEO of a company does not care if your face is sparkly and tan. Being proficient in Excel, however, is something that actually matters.

In college, you always hear people complaining about their 8 am Biology class. After college, you always hear people bragging about their 8 am spin class. You’ll notice that you start being better to yourself for the sole reason of feeling good, like eating healthy not to lose weight but just to actually put good things into your body. Pre-grad, I would get a bacon egg and cheese on a cinnamon raisin bagel paired with a caramel iced coffee from Dunkin’ Donuts and I actually thought it was a well-balanced, healthy breakfast. I thought that I was being healthy. I thought that cheese, bread, and bacon was healthy. That’s how dumb I was.

Not only will you start to respect yourself physically but socially as well. I was in a sorority in college, which pretty much meant I had to be fake 90% of the time. Half of the girls were complete idiots. Either I’m heartless and harsh or I’m the only person who thought it was exhausting having a conversation with someone about polka-dots. Not because polka-dots aren’t extremely intriguing, but because it is hard work to maintain that high squeaky fake girl voice that no one finds attractive. In college, you HAVE to fake it because you’ll be considered a huge bitch if you don’t like a girl in your sorority even though you know she is for sure missing a chromosome. Whatever. After college, you don’t have to hang out with anyone you don’t like. It’s the best. You pick and choose who you want to spend your time with and how you want to spend it.

I’m hoping my message here isn’t being misconstrued because college was awesome. Who doesn’t love sleeping until noon, minimal responsibilities, and everyone being cool with the fact that you broke your nose as a result to face planting at the bar while grinding up on a guy who was wearing suspenders? Either way, that’s exactly what college is for. After you graduate, it is stressful figuring out what the hell you’re going to be doing with your life. Post-grad, instead of your major defining you, it seems that your career does. But once you get in the groove of actually being on your feet and living your life, you realize that this is actually the best time in your life, mainly because you’re the one steering the ship. The years right after college is when you have the most control.

The best part about the years right after college is that you’re able to write everything off as being in your twenties. You’re young enough for people to be overly proud of your accomplishments, while also being young enough for people to be overly okay with your bad decisions. For example, when you land your first writing job, everyone is like, “oh my god and you’re still so young!” But when you sleep with a guy who’s name you recall as being “Joey’s Friend,” people are like, “Eh, you’re still so young”.

This is a time when you perform a great balancing act. You can have the best of both worlds, you can have it all, you can have whatever you like (#tbt). This is your chance to be free, not to be tied down, but to start putting down some roots. At this point you can pick up everything and move across the country tomorrow, but you can also be a regular at your neighborhood coffee shop or go to the same bar for trivia night for five consecutive weeks, if that’s what floats your boat. Sure, you might miss the 4Loko’s and sleeping in on a Thursday; but look at it like this: after college, each day you are taking another step forward into the life that you want to mold for yourself and emerging into what you want to contribute to the world. I’ll throw a hashtag on that #PGP but I’ll consider it a pleasure, definitely not a problem.