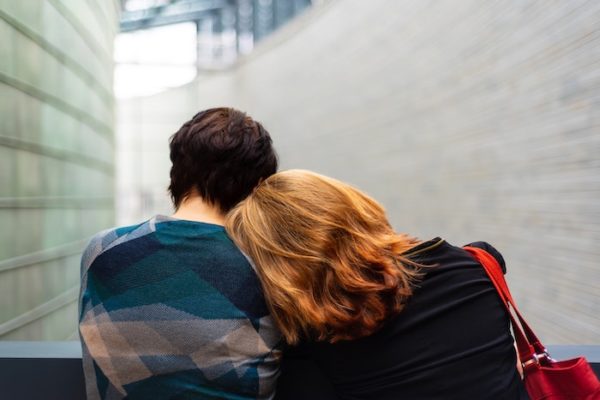 When I was 11th grade, I was involved in a pretty nasty car accident. I was with my grandparents on our way to Thanksgiving Dinner, and we were t-boned on a highway by a truck going roughly 80mph. I was physically fine, but my grandparents were severely injured. I can still vividly picture the scene in my mind after the car had come to a stop, my grandparents unmoving in the front seat. I doubt I will ever forget the scene.

Following the accident, I developed a series of mental health issues, Post Traumatic Stress Disorder, Anorexia Nervosa and Bulimia to name a few. I visited several different counselors and therapists in an attempt to dissect the trauma I had experienced, and while these therapy sessions helped tremendously, I was ashamed that I had to seek professional help to overcome the trauma I had faced. I was reluctant to discuss my therapy sessions with my friends and family, and quite honestly, I made a conscious effort to keep my therapy sessions a secret from my friends. I felt weak, pathetic, that trauma had impacted my life so significantly, and because I felt this way I eventually became resistant to attend therapy.

Looking back, I realize that had I not attended therapy and received professional help, I would likely still be dealing with trauma to a far more serious extent than I am now. Therapy is the reason I was able to get back into a car without having a panic attack, and if I had let my pride overwhelm my acknowledgment of the fact that I required counseling at the time of the accident, I am unsure if I would be as confident as I am in a vehicle today.

My personal experience with trauma is a prime example of how much we fear it.

Why are we so scared to talk about trauma? I suspect our fear to discuss trauma stems from the shame and humiliation I experienced when I was dealing with Post Traumatic Stress Disorder. Humans are inclined to shy away from asking for help, and in doing so, we fail to recognize that weakness and assistance are sometimes inevitable in life. For many people, refusing to acknowledge trauma is the best way to deal with it, therefore it becomes buried in the mind and constantly lingers in a person’s subconscious.

An inability to address trauma when it initially occurs can result in significant problems later on in life, hence why it is so important to talk about it and deal with it when it first occurs. I would argue that if there was a societal encouragement towards discussing trauma, trauma itself would not be something so difficult to discuss. By shying away from the topic and considering asking for help to be a sign of weakness, we are collectively fueling the fire that ostracizes trauma and categorizes it as a topic that should not be acknowledged.

Trauma is not something to be feared. By choosing to openly talk about it we tear down the barriers surrounding it, and in time perhaps it will be discussed without hesitation.

Why You Should Go On A Date At A Casino

Why I Finally Believe You Can Actually Be Friends With Your...