I’m convinced nail polish employees are out to make women feel so completely uncomfortable when we’re asked the name of our nail color. A professor once asked me – in front of the entire class – what the name was of my fluorescent pink polish. Thanks to employees at Orly, I had to awkwardly announce to the entire room that it was called “Oh Cabana Boy.” Needless to say, my face turned about as pink as my nails. Here I’ll give you my personal ranking of the top 10 wackiest nail polish names that cosmetics companies have come up with: 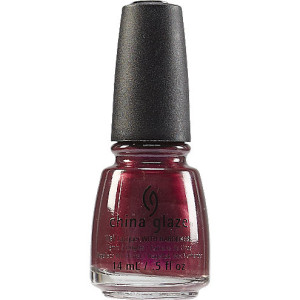 Apparently the employees at China Glaze got lazy and resorted to the typical whine/wine play on words when naming this polish. I get it: don’t make me whine, and the color is a deep purple like red wine, and thus the name. Don’t get me wrong, I’m a big, big fan of red wine. But come on, China Glaze. A 12-year-old could have come up with something more creative than that. Better yet, I’ll take on that responsibility of coming up with a more clever name. China Glaze could take a page out of Deborah Lippmann’s book and name the color after a song. I’d suggest a twist on one of Queen B’s hits: Winedrunk in Love.

9. Using My Maiden Name by Essie

What does using a maiden name have to do with a nail polish that’s, according to Essie’s website, supposed to be the color of a “blue hydrangea?” Did I miss something where we magically made an association between maiden names and flowers? And is this name supposed to imply there’s something wrong with women keeping their maiden names? Excuse me, but I am a strong, independent woman who don’t need no man or his last name! Essie, don’t try to use color names to tell me how to live my life. 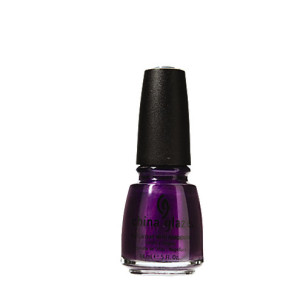 Last time I checked, coconuts didn’t have lips. Please, correct me if I’m wrong, but coconuts are physically unable to kiss anyone or anything. So what in the hell is a coconut kiss exactly? Well, according to China Glaze, it’s this color. But even if coconuts could kiss, this name still wouldn’t make sense. The outside of a coconut is brown, and the inside of a coconut is white…now where does purple come in?Maybe China Glaze was imagining a coconut kissed by Lorde or Rihanna, two ladies who are known for rocking a killer purple lip. I’m not ambitious enough yet to channel Lorde in my lip color choice, but this polish color could be a good baby step towards getting there.

7. I’m With The Lifeguard by China Glaze 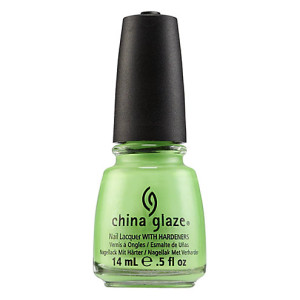 I’m no expert on lifeguards, never having been one or dated one myself. But I think we’d all be lying to ourselves if we didn’t say the fist thing that comes to mind when we hear the word “lifeguard” is Pamela Anderson in that fire-engine red – not green – bathing suit from Baywatch. On the same show, David Hasselhoff famously wore red – again, not green – swim trunks. I could go on and on listing all the pop culture references to lifeguards who wore red, but do I really need to? Plain and simple: at no time in the history of America has a lifeguard ever worn green. Get the facts right, China Glaze.

Does anyone even have a butler anymore? No, really: are butlers still a thing? I thought only royalty and super rich people had butlers. Those people plus the Banks family from The Fresh Prince of Bel Air. But if that’s not the case, someone let me know where I can hire one, specifically one who is as hilarious as Geoffrey, the butler for the Banks family. This polish name, though, just strikes me as so needy, whiney and princess-y: like someone’s commanding a butler to do the most menial tasks. So, Essie, wise up and realize people don’t use butlers, and they (hopefully) don’t speak down to their butlers like this name suggests.

5. In My Back Pocket by OPI 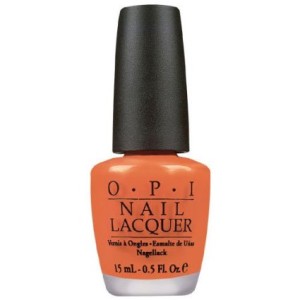 Does it look like I carry around fruit in my back pocket? Because that’s what this name and color combination is suggesting: that there is an orange in the back pocket of my jeans. Under what circumstances would I ever carry an orange in my back pocket? It’s not like I’m Captain Jack Sparrow trying to avoid getting scurvy – I get enough Vitamin C, thank you very much. Not only do women’s jeans not have pockets large enough for a clementine (let alone an orange), but I’m pretty sure the only things women put in their back pockets are cell phones, money and at the most miserable times of their lives, a tampon.

4. Your Touch by China Glaze 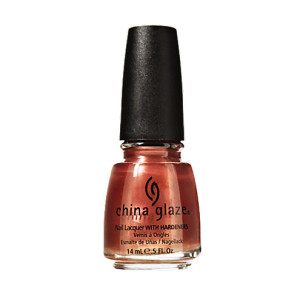 I kind of understand this name, like your touch is red hot, ooh so sexy. But who’s to say what color someone’s touch is? Did China Glaze suddenly become the expert on love, relationship chemistry and compatibility? Someone’s touch could be soothing and calming, like a light blue. Or it could be the touch of someone you hate, so the color would be black. Ryan Gosling’s touch color would be the brightest, hottest red color possible because damn, that man is something else. To me, this is more of a rusty, copper color, and I don’t think anyone would like their touch to be described as “rusty.” So what about naming it Pinching Pennies? Not great, I know, but I’m a journalist – not a professional nail polish namer.

Okay, Essie, we get your penis reference. Now can we get on to the more pressing matter: how does that penis reference have anything to do with the, according to Essie, “ruby red” color? Anyone have any idea? No? Yeah, neither do I. I can’t quite figure out how a penis’ size could possibly relate to a nail polish color. What’s more is that most people I know who wear nail polish are women, and last time I checked, women didn’t have penises. So why should a nail polish name revolve around men and their body parts?

2. Suzi Sells Sushi by the Seashore by OPI 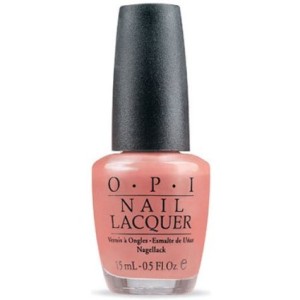 Shout out to OPI for making this name literally impossible to say out loud. I thought Nicki Minaj lyrics were difficult to say, but no this really takes the cake. In fact, I’d like to hear Nicki try to rap this – she would probably get just as tripped up as I did. I’m also really confused as to who this Suzi chick is? OPI uses her in so many of their polish names, and I’m starting to think I’m missing something: Like who is Suzi? Why is she selling sushi by the seashore? And can she get me some free sushi because, come on, who doesn’t love sushi?

1. I’m Not Really a Waitress by OPI 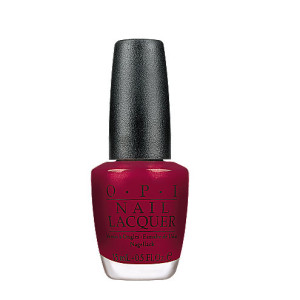 When I think waitress, I think of Hilary Duff  playing Sam, an apron-wearing waitress working at a greasy diner, in “A Cinderella Story.” Now, what I think OPI is trying to suggest in this polish name is that all waitresses have some other secret, scandalous profession (ahem, stripper) that they’re covering up by telling people they wait tables. If that means that this whole time, Sam was actually a stripper behind-the-scenes, then my whole childhood has been a lie and I give up. So thank you, OPI, for ruining one of the greatest movies of all time.

I’m by no means an expert on nail polish colors and their names but as a girl with an absurd amount of nail polishes in her collection, I think I’ve seen enough to pass judgment. And of the ones I have seen, these are definitely the most laughable. Maybe these names came about on Friday mornings when the nail polish employees were still recovering from Thursday night. Or maybe the employees really just aren’t funny. Either way, comment below to let me know some of the worst nail polish names you’ve come across.

Images by Essie and Sally Beauty.

6 Things You Need To Know To As First-Time Bridesmaid