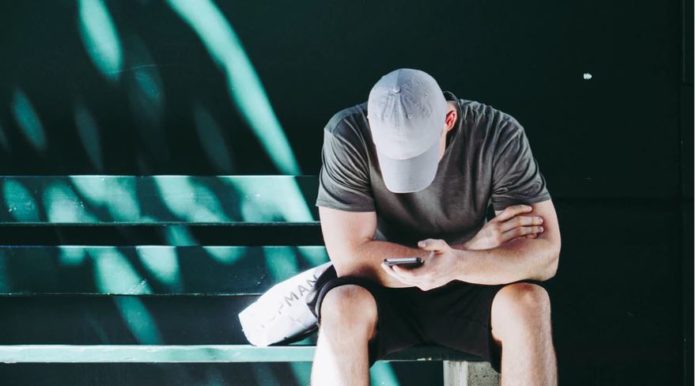 There’s no denying that our phones have become such an important thing in our lives, I would even argue that it has become a part of our identity. Because we keep our schedules in our phone, have constant contact with people and access to endless amounts of information, we always have them with us, which can be a bad thing.

I absolutely hate when I’m with someone and they are on their phone constantly for useless things, especially when I am on a date. It’s rude to be focused on checking your messages  instead of the person you are spending time with. But the amount of time they spend on their phone isn’t the only red flag; in fact, there are plenty others too.

They Won’t Give Their Password For a Simple Task

Say they are driving and need to get into their GPS or check a message with an address and they technically don’t have time to look. They should be able to ask you to open it super quickly and get there. But if they don’t want to give you their password for a thirty second check, they don’t trust you. And what is a relationship without trust?

They Get Notifications from Dating Apps

Just because they delete the app physically from their phone doesn’t mean their account is deactivated, and for some you still get push notifications or other notifications. Maybe they moved the app so you can’t see it? Regardless, why are they getting notifications when they are supposed to be done

They Delete Texts and Calls

Let’s be real, not a lot of people ever delete their text messages unless they need space on their phones, let alone call history. If they are going that far to narrow it down, there is a huge issue and they are clearly trying to hide something.

They Don’t Answer Calls In front of You

I get that sometimes you do need to excuse yourself to take a call, especially if it’s a call from work or a personal family matter. But otherwise, why do they need to go to the edge of the earth to avoid you hearing a phone call?

If they do take calls in the vicinity of where you are and they are keeping a low tone and is constantly looking at you as if he’s paranoid, I would take that as a serious red flag. It shows that the call might not be too bad but if you heard the person on the other end he would be in deep dirt.

They Never Leave Their Phone Unattended

Most of the times we do bring our phones everywhere with us mainly so we don’t lose it and panic. But if he literally has to have it at all times, like waking up to pee in the middle of the night, he’s keeping it close for a reason. Unexpected text messages perhaps? Or Snapchats he can only open in private?

They Feel Obligated to Go Through Yours

If they won’t allow you to go in theirs for even a moment, why on Earth should he feel so pressured to go in yours? Maybe out of guilt or to see if he can find something to use against you when you find out about his behaviour.

To The Guy Who Changed Everything I Knew About Love

5 Ways To Make A Great First Impression On Your Next...