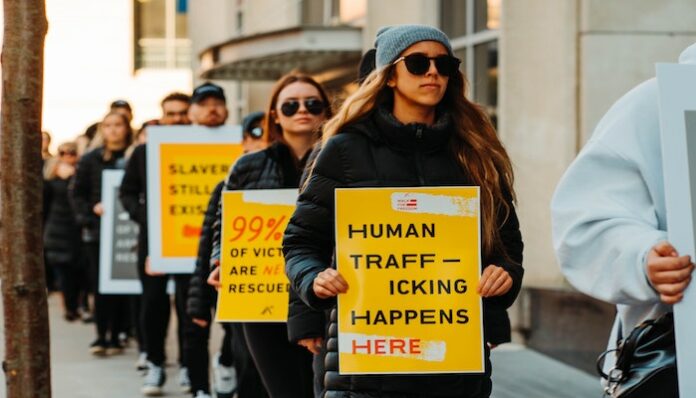 Human Trafficking Awareness Day (also known as Wear Blue Day) is January 11. Human Trafficking is a serious problem we face globally. There is education in awareness, which is why it is important to differentiate between fact and myth.

The Blue Campaign is an effort  by the Department of Homeland Security (DHS) to educate the public and members of law enforcement on human trafficking facts and how we can come together to avoid it.

Some facts and information  the DHS published are as follows:

What you can do to help: (resources for language translation are also available):

Aside from the facts and steps we can take, it is important to recognize information circulating that may be untrue. Knowing the difference between truth and myth helps us be the best possible advocates for crimes involving human trafficking.

Below are some of the most common myths we see when it comes to information about trafficking from the National Human Trafficking Hotline:

The Polaris Project goes into some further details of who may fall victim to human trafficking, plus other fact-based statistics:

There is a huge source of defense we as a society can create when we are more aware of scenarios and potential “red flags” to indicate another party is in trouble. The Polaris Project offers an introductory course on human trafficking that can better equip individuals with awareness of potential concerns and how to handle them if and when they see something.

There are many resources available for people to educate themselves for free. Will you wear blue on January 11 as a symbol of solidarity? Let us know in the comments below!

Photo by Hermes Rivera on Unsplash

The One Song That Will Always Comfort Me