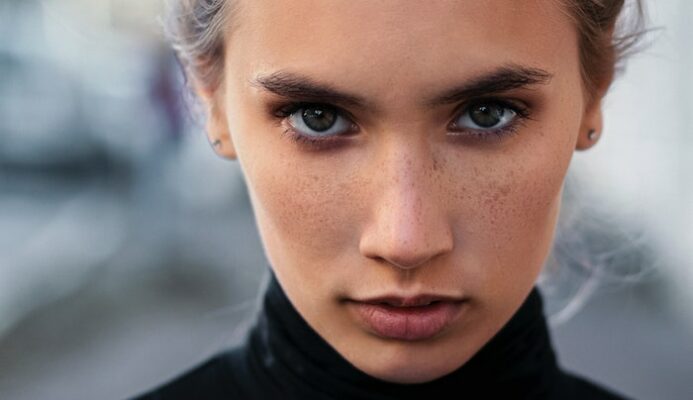 What is a psychopath?

They aren’t always raving serial killers. Some are high functioning individuals in society are known as “Corporate Psychopaths” and they are more dangerous than you can imagine, primarily if you work with or fall in love with one.

WebMD’s psychopath definition is someone who doesn’t have a conscience, lacks empathy, and had less regard for others.

To know how to deal with a psychopath, you need to be aware of their personality traits, especially if you are dealing with a corporate psychopath.

It takes a qualified psychologist or psychiatrist to assess whether a person is a psychopath. They once used the Diagnostic and Statistical Manual (DSM) and years ago, this test was removed from the manual.

Currently, the Hare Psychopathy Checklist-Revised (Hare PCL-R) is used. The assessment is designed to rate a person’s, psychopathic and anti-social traits.

According to Dr. Paul Babiak, Ph.D. and Dr. Mary Ellen O’Toole, Ph. D, who wrote the article “The Corporate Psychopath” on LEB, individuals displaying psychopathic tendencies will have some or all of the 20 traits they listed, and it is one of the most studied personality disorders.

As a Life Coach, I cannot treat anyone with these types of conditions but if I have any inclination that a first-time client is a psychopath, I would refer them to a psychologist or psychiatrist and explain why.

However, if you want to know how to spot a psychopath in the vicinity, you might want to re-evaluate how to deal with one.

There are many identifiable personality traits of a psychopath and here are 6 of them:

They’re often over-the-top, they tend to come across as really friendly, caring, and very helpful, but they use mimicry. Generally, they lack compassion but mimic the trait to lull you into a false sense of security with them.

So, you go away thinking to yourself, “Gee, they’re such a nice person.” All the while, behind your back, the psychopath is scheming and planning how to exploit you. Then, they will manipulate you for their own benefit. Corporate psychopaths tend to be excellent at building rapport with their victims, they are exceptional groomers.

2. They lack compassion and empathy

They cannot understand or imagine how something feels for another person. The link between thinking and acting out is missing. People tend to think about taking action, then about how that action would make someone else feel, then they act accordingly.

But a psychopath misses that middle piece of “How do my actions affect other people?” They cannot imagine how you will feel if they negatively behave towards you. There are a lot of criminals who have psychopathic or antisocial tendencies. However, they are different from high functioning types, because criminals often lack planning and organizational skills.

There are other emotions that corporate psychopaths are not able to feel, such as guilt and remorse.

Tending to be self-centered, they talk themselves and their abilities up or they steal your ideas and claim them as their own. They lead people to believe that the organization will suffer when they take holidays and tend to have everyone bluffed by their capabilities. Often, they believe their own delusions about how essential they are in their job.

Sometimes, they make their employers think that the ship will sink without them and they are going to save the day. Initially, a corporate psychopath may enrich the business, but it is only short-lived because the destruction that they leave in their path can be devastating.

Psychopaths tend to be secretive and allow you into their secrets if it benefits them.

They may tell you secrets about managerial decisions that they know about, talk to you about other staff, and let you know when they are trying to get rid of someone and how they would plan it. They may use their secrets to manipulate you.

Corporate psychopaths will often go behind your back and talk about you to higher ups. They’ll often try and sabotage you at work too.

Corporate psychopaths have high levels of intelligence, unlike other people with anti-social tendencies.

They are able to hold down high-level executive jobs, manage businesses, and are often in positions of power. They thrive on being the boss of others and dominant.

6. They are compulsive liars

A corporate psychopath remembers their lies. They plan out who they will exploit and manipulate and tend to remember every detail. Even if there are multiple lies, they will convince you that it is the truth because they can manage everyone around them. They tend to lie to project themselves into superiority and convince everyone around them that what they say is the truth.

Corporate psychopaths tend to lie to get where they want to go, which is usually further up the management ladder or get rid of people that they no longer like.

When a corporate psychopath does not get what they want from you, their next target will be you, and when that happens, you end up becoming a victim of their destruction, unless you are able to match their capabilities.

According to psychologists, treating a person with these tendencies can prove to be difficult, unless the patient is really wanting to change their destructive behaviors.

Psychopaths do not like to be judged or criticized and tend to hide their characteristics very well. They can use a few modes of therapy, medication, and alternatives, such as yoga and counseling to manage anger and anxiety.

Now that you have an idea about these personality traits, you can learn how to deal with a psychopath.

If you have any kind of idea in your mind or a gut feeling, that a person is a corporate psychopath, do not connect with them any longer. It would not be in your best interest to befriend them. Basically, run the other way!

However, what can you do if you cannot run in the other direction?

Always know that you cannot change a psychopath, it is impossible to make them admit their disorder. They do not think the same way that average people think. Their brains are wired differently.

Never do deals with them and never become part of their secrets and be manipulated by them. If you are in a relationship with one, you may need psychological support to deal with them, set boundaries, and communicate, because you’ll never out-do them.

They will gaslight, lie, deceive, outsmart, and twist you up in your mind, making you think, that you are the problem, it’s all your fault. Unless you are well adept at dealing with a corporate psychopath, it is advisable to go in the opposite direction.

If you happen to be a victim of a corporate psychopath, take these necessary steps.

Photo by Andrey Zvyagintsev on Unsplash