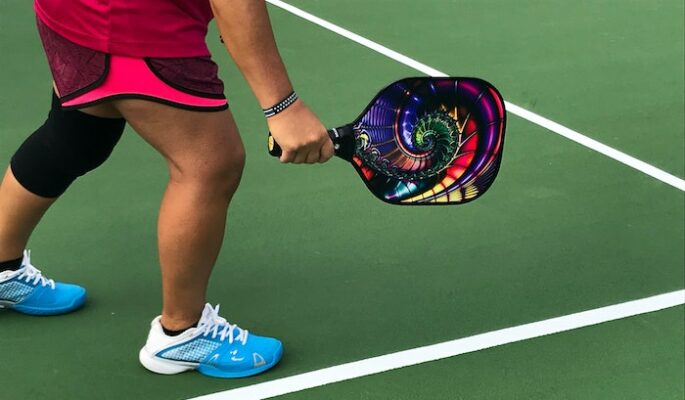 Pickleball is a fast-growing sport, so you’ve probably heard of it by now. But you may be wondering what all the hype is about. Here are seven reasons people enjoy playing pickleball.

1. It is a healthy activity

Whether you’ve recently started practicing better habits such as exercise and holistic women’s health, or you’ve been active for years, pickleball is an excellent sport to get you moving. It appeals to people who are experienced in playing tennis, but it’s easier on the joints. It is also an excellent sport for people just starting to get active.

Pickleball lets you work on essential skills such as:

Like other physical activities, it can help you maintain or reduce blood pressure, lose weight, sleep better, increase muscle, reduce fat, and ward off depression and anxiety.

Some sports have a steep learning curve, a complex scoring system, or require special skills. But pickleball is an easy sport to learn. While people who have played racquetball, tennis, or badminton may easily pick up the sport, most people can catch on to the game fairly quickly without much training.

What’s more, pickleball scoring is much simpler than tennis. You play until you reach 11 points and win by two. You don’t have to worry about love, deuce, or other terms that may be unfamiliar to those who don’t play tennis.

3. It is suitable for all ages

Some sports are geared toward younger and agile people. But people of all ages and fitness levels can play pickleball. It is popular with seniors because it’s easier on the joints than tennis is. It’s also played on a smaller court, meaning players don’t have to run as fast or far.

Because it’s user-friendly, pickleball is a great family sport too. So children and grandparents can enjoy playing together, and mom and dad can jump in.

4. It is relatively cheap

Pickleball courts are appearing everywhere these days. It is simple for parks and recreation departments to convert or add a pickleball court to an existing tennis court. In addition, many places allow people to play for free or with a minimal court fee.

Many people have taken up pickleball to enjoy the social aspect. It’s because the court is small enough to allow for conversation during the game — not something you can usually engage in during a tennis match. You can also play singles or doubles, meaning two or four people are on the court together.

Many communities have pickleball leagues. If you don’t know anyone who plays, you can join a league and meet new friends and fellow enthusiasts. This sport is a beautiful way to meet new people who enjoy a shared hobby.

6. It can be a competitive sport

Pickleball doesn’t have to be leisurely, although it lends itself well to that aspect. You can also find (or create) competitions and tournaments. For instance, the USAPA is one place to find information on games, sites to play in all 50 states, and coaching opportunities.

7. You can find indoor and outdoor pickleball courts

Is the weather too awful to play pickleball on an outdoor court? Don’t despair. You may be able to find an indoor court nearby. Because they don’t take up as much space as a tennis court, they also lend themselves to indoor locations. Venues with basketball or volleyball courts have room for pickleball courts, and many have them set up there.

You can even make your own temporary pickleball court. Simply look up the measurements and draw the court with chalk, tape, or court markers. As you can see, a little ingenuity can let you enjoy playing pickleball in a pinch.

With all of pickleball’s physical, mental and social benefits, it is no wonder that people are taking up the sport. So grab a paddle, ball, and willing partner and head to a court near you.

Photo by Joan Azeka on Unsplash