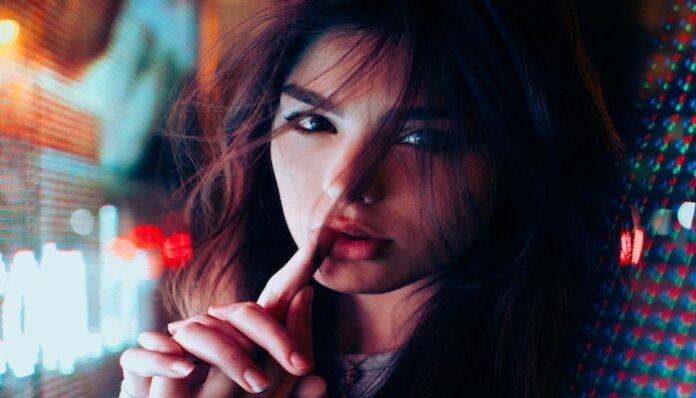 There’s something that I’ve been dying to tell you the past few years and I haven’t been able to. I could, but I am too afraid. I give subtle hints, but I can’t tell if you can read between the lines of what I’m trying to convey.

What’s so funny about this is I don’t think I ever thought it would be you. When I first met you, I immediately thought “no, nothing will happen, he’s too different.” Because you’re nothing like the guys I’ve been drawn to in the past. But as time went on I realized how wrong I was, and it became clear something could happen.

I found myself smiling at the sound of your name, and hearing you say my name made my day instantly better. I looked forward to every day that I knew I’d see you, and was immediately bummed out when I didn’t.

We talked, we joked, we flirted, and I fell for you. I’m still falling for you.

It’s been some time and things have happened over the years between us, things that would make you think that I would have moved on by now, but I feel like it’s only made my feelings stronger.

I can’t move on from you, no matter what happens, what I say or do. I simply can’t. It’s like there’s a magnetic force pulling me back to you.  Maybe it’s me being stupid or naive, but I’d like to think that there’s a reason for it. I know myself and I know when something isn’t right for me, and even if I try to fight it, I end up leaving and moving on. Yet, with you, I feel as if every time I try, things just end up getting better for us. There’s something causing me to hold onto you.

Maybe I’m being stupid but I think you’re the one.

Think about it, there are so many people on this planet I could have met in place of you. Someone else who I could hold all these feelings towards, and it ended up being you. I even looked back and thought about it. If some things hadn’t happened, there’s a good chance that we still would have met. Isn’t that crazy?  We’re meant to be in each other’s lives. That has to mean something, doesn’t it?

Now that I’m done being sentimental, I’m finally just going to come out and say it.

I’ve been into you since the moment we met, since that moment we laid eyes on each other and it felt like seeing an old friend. That familiarity from your smile, and the goosebumps your laugh gives me when I hear it. The more that I see you, the more I fall for you.

I haven’t told you because our relationship means so much to me. I don’t want to say something and throw a friendship out the window. You mean too much to me, and I’d rather live my life hiding my feelings and knowing that I still have you  than say something and potentially ruin things and never have things be the same again.

I know if I say something, it will change things, but I don’t want to make things worse. If I put my feelings out there for you, I want that vulnerability to benefit me. I don’t want to lose my love and one of my closest friends in a conversation.

I’m hoping one day that I work up the nerve to get to tell you this in person. I truly think we can have the most beautiful love story, so let’s try to figure this out. Let’s take the leap and see how things go for us. If it doesn’t go the way I expect, then at least I can say we tried. But if it does work out, then I think we can get the happily ever after we’ve both been patient for.

Let’s try this out babe because I think it’s worth the shot.

Photo by Daniel Monteiro on Unsplash