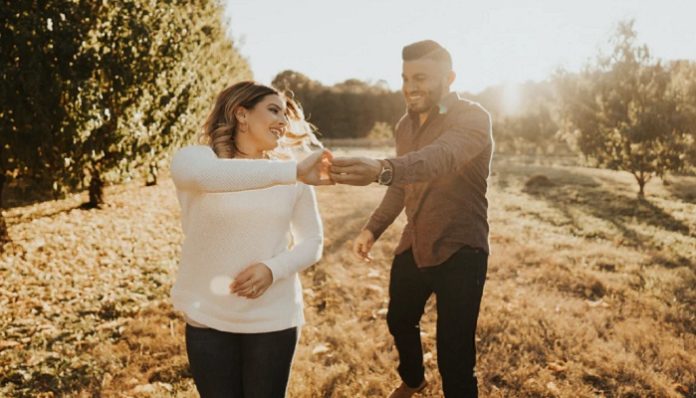 Life hasn’t always been fair. It hasn’t always been easy. But somehow I’ve made it this far. Growing up, I always saw God in my father. But lately, I’ve lost sight of the God I once saw in him. No matter how hard I look, I can’t seem to find him anymore.

When my father told me about his affair, I wasn’t opposed. His life thus far has been difficult, and his marriage with my mother was already crumbling into pieces so small that putting them back together was impossible. I was happy that he had found his happiness. But slowly I felt him grow further and further away from us.

He spent every waking moment on his phone. Getting his attention became more and more difficult. And when we took a trip to our homeland, he introduced me to his lover. The voice, which I had heard over the phone, didn’t seem to match the person that came into the van to talk to my father and me.

My first impression of her didn’t sit well with me. And I couldn’t figure out if it was because I was overprotective of my father, or because I thought he was truly being played. I remember crying to my father the first week, telling him how I felt him growing away from us. And he comforted me saying that I was just under the wrong impression.

The very next day, he returned home with a red bruise on his neck, and my heart nearly shattered. When I went to ask him about it, he slapped my hand away.  The respect I once had for him went with it as well. But he failed to see how that small mark on his neck caused me so much pain and hurt. He failed to see that a love, which left marks for the world to see, couldn’t be called true love. As my father snuck out at night, without a care for his family, I would cry myself to sleep every night. When I’d wake up, my eyes would be swollen and I’d hop into the cold shower to help ease them open.

My father was my best friend, my role model, and my most prized possession. But in a few weeks, he became simply my father. The love I had for him had been washed away and I couldn’t even bring myself to touch him. I couldn’t hold his hand or hug him like I use to. Every time I did I felt disgusted because in my head a picture would pop up of her. I don’t know for sure how far their relationship went, but I have a feeling.

While my father spent the month exploring his so called love, I became more and more disgusted by the idea of love. I hated a type of love that resulted in deception. And I wanted nothing more than to stay far, far away from it. I became more and more cynical as the days went on.  And it was something very unlike me; I always saw the best in the everything, the best in everyone. But I no longer could. The person, whom I saw as my God, had just taken my trust and faith and shattered it. The pieces so unrecognizable, you couldn’t possibly put them back together.

Amidst all this pain and suffering, I found God in someone else. From the time I could remember, I knew I wanted to marry someone like my father. But the person who entered my life, he was so much more than my father could ever be. And I trusted him more than I had ever trusted anyone. In him, I found my God.

I had always imagined what falling in love would be like. Slow motion steps, flowers spread everywhere, and the scent of the ocean in the background. Everyone always said, to fall in love you only need a moment, not time. But honestly, I don’t even know when I fell in love. All I know is that I did. He showed me that there existed a kind of love out there that was so pure and beautiful, like the love between Princess Yashodara and Prince Siddhartha. For someone who was so disgusted by love, he opened my eyes to how beautiful it can be.

I fell in love without knowing, and despite what may lay ahead, I know that he’s the one for me. He makes me want to be a better person, to dream big, and most importantly to believe in myself. Losing sight of my God meant I had lost all faith in myself.

But I found my God again, and am slowly rebuilding the faith I once had in myself. He taught me that patience is key and that love isn’t like a storm, passionate and raging, but like a night after the storm has passed, peaceful and comforting.  He gave me hope for tomorrow and lit a light within in me that has helped me to realize that I am not alone and that I am more than I ever thought I was. My relationship with my father is crumbling, the marriage he has with my mother already dead, but the laws by which this world is governed have given me something so precious I can’t even be upset.

When one door closes, another opens. Life isn’t always all smiles. With every moment of happiness there is a moment of sadness, and with every moment of sadness, a moment of happiness. Life is a balance. Despite what may come, I know that I am not alone. That there exists a love out there, strong enough to overcome even the toughest times. And despite not believing in it, it has somehow landed in my lap. And for that, I am eternally grateful. Because of a love like ours, only happens once in a lifetime. And I have chosen him in every single one of them.