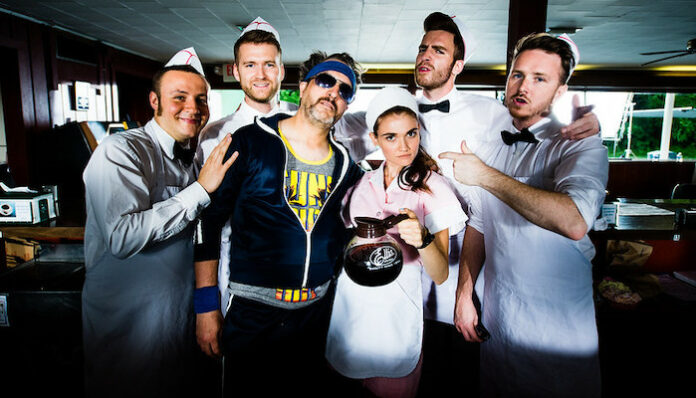 Since the pandemic began, most of our mental health has been in pretty bad shape. Though fewer lockdowns are going on and we’re mostly back to normal, what has happened to our mental wellbeing for the past three years isn’t going to heal itself overnight.

Misterwives is an Indie-pop band that’s been around the music scene since 2015. They’re known for their fun and eclectic sound. It either makes you want to dance or hug your pillow so hard because you feel so understood. They released their album “SUPERBLOOM” during the summer of 2020 and most recently released their music videos with a behind-the-scenes feature just last year.

In that feature, lead singer Mandy Lee said that she wrote the album after coming out of a dark place. She adds that she felt mentally unwell and broken. Lee says that “SUPERBLOOM” has helped her move on and hopes that it will help others do the same.

Here are the five songs that may do just that.

This song is for anyone who’s having a hard time coping with their current situation. Whether it be moving somewhere new or processing a breakup, “ghost” is a track you can lean on when you’re feeling haunted by what you’ve lost. You may be finding it hard to move on, or even process how you’re feeling mindfully. Either way, this song will definitely make you feel less alone.

This song perfectly narrates someone who’s at their lowest but is tired of feeling small and doesn’t know how to get back up. You can put “alone” on repeat when you want to feel heard and understood. You may feel like no one’s listening to you, or completely understands what you’re going through in your mental health journey. With this track, you’ll be sure to finally feel that emotional and mental contentment you’ve been yearning for.

This song is for anyone grieving a loss and discovering their true emotions when it comes to how they process it. The raw lyrics in the track illustrate the types of thoughts we run into when we become honest with ourselves. “stories” is something you can count on when you need a hand to hold while you sort out your emotions, no matter how uncomfortable.

This track is for those who are in the process of getting back up from where they’ve fallen. A great song to add to any motivational playlist, you can expect this one to give you that push to maintain your course. The rawness of the verses don’t shy away from honoring what you’ve gone through. “find my way home” won’t only make you dance, but it’ll also make you more determined to find the place where you can be your most authentic self.

There’s nothing like a celebratory track on “SUPERBLOOM” like “the end.” This track is upbeat, full of joy, with a whole lot of soul. A great go-to song when you’ve come out of the other side, it also honors what you’ve overcome to get there. My favorite line from the track is “All good things come to an end, to make room for new beginnings.” It’s definitely the perfect thing to hear to get the closure and peace you deserve.

We should all continue to take care of our mental health. With an album like “SUPERBLOOM,” you won’t only feel understood, but it’ll also give you the comfort you’ve been looking for. Whether you’re going through a rough patch or just about to see the light at the end of the tunnel, the power of song is right there with you.

5 Interesting Health Benefits That Come With Being Married

Gas Is Too Expensive: 7 Tips To Start Using Electric Scooters