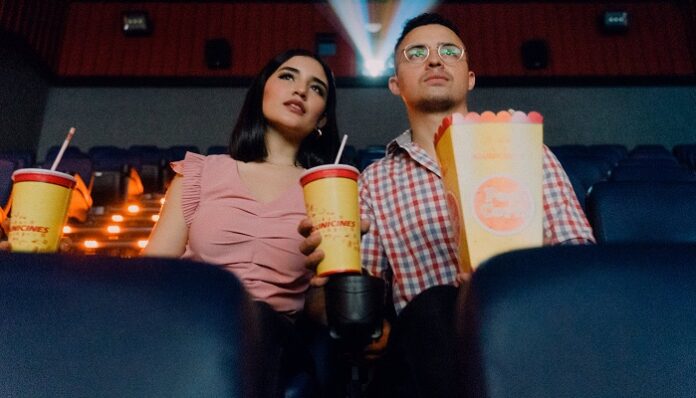 June is always an exciting month. Temperatures are rising  and everyone is going outside, so spending a night in watching movies never sounded better. Whether it’s at a theater or in the comfort of your home, I’m here to give you the what’s what on the first round of summer hits. Here are six movies coming out this month!

Kicking off this list is the upcoming rom-com Fire Island. Starring Joel Kim Booster and Bowen Yang, Fire Island is a modern-day retelling of Jane Ausen’s Pride and Prejudice. The story centers around two best friends’ vacation in the Fire Island Pines. Offering both an examination and criticism of modern queer culture, Fire Island explores the meaning of found family while promising some funny and endearing moments.

Midwives are out, male doulas are in! Starring Troian Bellisario, Aaron Shiver, and Will Geenberg, Doula centers around an expecting couple who hire a male doula following the death of their previous one, his mother. Carrying with it a dry comedic tone, Doula explores the modern pregnancy experience while touching on the classic love triangle of old-school romance movies. Charming and funny, if you’re a fan of films like Juno then you’ll certainly be a fan of this film.

Dinosaurs, dinosaurs, and more dinosaurs. The final film in the Jurassic World trilogy, Dominion is set four years after the events of the previous film. Dinosaurs are now part of the human world. Because of this, Dominion explores how life has changed for people as they struggle to adjust to this new dynamic. As the final film of the franchise, Dominion sees the old and new cast coming together for what is hopefully a thrilling and action-packed conclusion.

Young love is never easy, and that’s exactly the story of First Love. Starring Hero Fiennes Tiffin and Sydney Park, First Love tells the story of a young high school couple as they experience the highs and lows of falling in love for the first time. At they same time, they are preparing to graduate and head to college. First Love promises to be a tender coming-of-age story. It’s about growing up and falling in love, something we can all relate to.

It’s never too early for a horror movie. The Black Phone stars Mason Thames as a young boy who is kidnapped by a sadistic serial killer, played by Ethan Hawke, and is held in his soundproof basement. However, he discovers a mysterious phone that allows him to speak with his abductor’s past victims, who hope to help him escape their fate. From the same studio that brought us Get Out, Black Phone looks to be full of suspenseful and tense moments that will keep us at the edge of our seats.

No one did it quite like the King. Starring Austin Butler as the titular rockstar, Elvis is a biopic that chronicles the life of Elvis Presley. From his childhood to his career as the King of Rock and Roll, Elvis offers us insight into what made Elvis the legend we all remember and admire. This one promises to be a good time that will have us all more enamored with the King than we already were (if that’s even possible).

Any other movies coming out that you’re looking forward to? Let us know in the comments!

Why Your Brain Can’t Process The Word ‘Don’t’