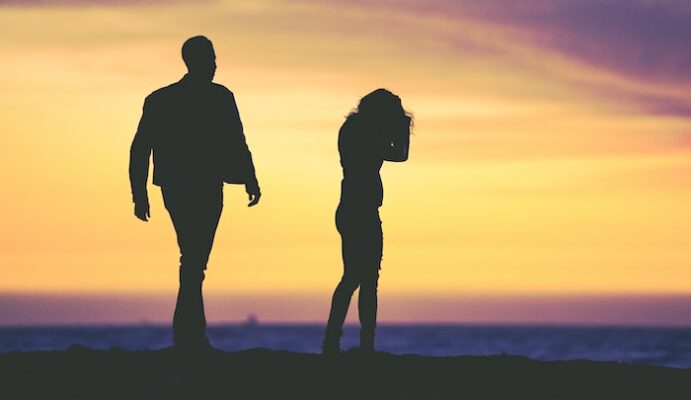 You never thought you would be one of “those people.” You were much more careful than them. You worked hard to find a mate who had all of the things you thought were important.

You took marriage seriously. You dated for a long time. You were in love. You agreed on everything that mattered, or at least you thought you did. Now, you’re not so sure.

Now, you and your spouse seem to be at odds over everything. What’s worse, it’s not just the big things that are dividing you. All of those little things your spouse does that you used to think were so cute now bug the ever-living crap out of you!

You always promised yourself that when you got married, it would be forever. Now you find yourself wondering whether forever will ever end. Now you are asking yourself: Should I get a divorce?

You don’t want to give up, but you’re not sure how much longer you can go on, especially after noticing all the signs your marriage is over. You feel so angry, but, at the same time alone and empty inside, but you’re not sure whether things are bad enough to get a divorce.

You don’t want to destroy your family or doom your kids to spending the rest of their lives in therapy because you screwed them up so badly. But you’re not sure that you can stay, either.

While there’s no fool-proof way to figure out whether your marriage is just going through a rough spot or whether your problems are getting so big that you’re close to passing the point of no return, there are certain signs your marriage is over or in serious trouble. Here are 10 of them.

1. You have lost all respect for your spouse.

Once you lose respect for your spouse (for whatever reason), every other aspect of your relationship becomes harder. You start feeling your spouse is “less than” what he was. You start holding him in contempt.

Renowned marriage specialist John Gottman calls contempt one of the four horsemen of the apocalypse in marriage. Left unchecked, your contempt will kill your relationship.

2. Your spouse no longer respects you.

If you want to save your marriage, you and your spouse need to address what’s happening and take steps to re-establish the mutual respect in your marriage as soon as possible.

3. One of you is having an affair and refuses to end it.

While many marriages can survive an affair, few marriages can survive one partner having an ongoing affair that he or she refuses to end. Cheating can definitely be a punch in the gut to your marriage, but the real knock-out punch is when one spouse doesn’t care enough about the other’s feelings to end the infidelity.

4. You fantasize about life without your spouse — a lot!

Every person who’s ever been married long enough for the honeymoon effect to have worn off has probably fantasized about being single again at some point. But if you find yourself thinking about living life on your own every day, your marriage is in trouble.

If you have gone so far as to actually check out apartments, that trouble is critical.

5. Everything is a fight.

Everyone fights sometimes, but no one can live in a marriage for long when you’re fighting all the time over everything. If every conversation you have with your spouse ends in an argument, a bigger problem is lurking under the surface of your marriage than you want to admit.

To work through issues that have gotten this big, you’re probably going to need a marriage therapist.

6. You tear each other down with criticism.

Like contempt, criticism is also one of the deadliest killers of a marriage. If you and your spouse are each trying to prove you’re “right” while your spouse is “wrong,” or you find that you no longer have anything good to say about the other, criticism has taken root in your marriage.

If you don’t dig it out now, it will eventually grow to the point where it devours all the good feelings you and your spouse once had for each other.

7. Your spouse is physically abusive.

There is no excuse for physical violence. At all. Ever. Period. If your spouse has become physically abusive to you or to your children, it’s time to stop wondering whether your marriage is in trouble and start making plans to leave. Now.

8. One of you has a substance abuse problem and won’t get help.

Uncontrolled substance abuse can be the kiss of death to even the strongest marriage. While just having a drug or alcohol problem can derail a marriage, many couples find they can weather the storm as long as the person with the problem deals with it, rather than denies it.

If, however, the person with the problem won’t get help, maintaining a marriage with that person often becomes impossible.

9. According to your spouse, everything is always your fault.

No one in a marriage is always right or always wrong. If your spouse refuses to take responsibility for what he or she does, the defensiveness will prevent you from ever discussing and dealing with any issues you may have in your marriage (regardless of whose “fault” those issues are).

Your spouse will become the eternal victim, while you play the role of the “bad guy.” This kind of defensiveness is another serious marriage killer.

You don’t have sex any more. You don’t kiss and cuddle anymore. Actually you barely even touch each other at all. None of that is a good sign.

Healthy couples get plenty of physical contact. If you and your spouse haven’t touched each other in years, that’s bound to negatively affect both your self-esteem and your marriage.

Photo by Eric Ward on Unsplash

This Is Why I’m Letting You Go