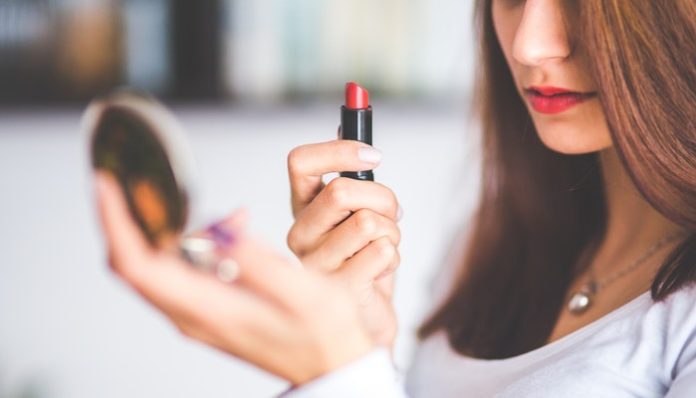 Whether it’s mascara, foundation, or lipstick, cruelty-free and vegan makeup is trending. From beauty gurus to celebs, more and more consumers are speaking out against the terrible practice of animal testing.

Of course, I never liked the idea of my favorite makeup being tested on adorable little animals! But I wondered if there were other reasons to go vegan and cruelty-free with my makeup. So, I decided to do some research on the topic. Here’s what I found out!

Did you know that there are more than 7,000 cosmetic ingredients that have already been tested and proven safe? Technology has also created better ways to test cosmetic ingredients, including cultured cell tissues, computer models, and in vitro testing.

There’s simply no reason for cosmetic companies to test on animals anymore. In fact, many countries around the world have already banned animal testing, including New Zealand, South Korea, Israel, India, Switzerland, and the EU.

Even the company that makes Botox is moving away from trials that require animal testing. With the costs of Botox becoming more and more reasonable, it’s exciting to know that vegan and cruelty-free Botox will likely be available in the coming years.

Unfortunately, China still requires animal testing for cosmetics, which means any brand that wants to tap into the Chinese market must test on animals. They’re making a choice to harm animals, and that’s not something I want to support.

It turns out that going vegan and cruelty-free with your makeup doesn’t necessarily mean that it will cost more. Many brands are surprisingly affordable and cruelty-free. From anti-aging skincare to makeup, you can save money and save animals at the same time, without sacrificing the quality of your beauty products.

3. Cruelty-Free, Vegan Makeup is Generally Better for Your Skin

Products that are made from plant-based ingredients are usually free of nasty chemicals like synthetic dyes, sulfates, and parabens. Cleaner makeup means fewer breakouts, less irritation, and a lower risk of allergic reactions. In general, I’ve noticed that companies who go out of their way to produce vegan and cruelty-free makeup go the extra mile to make sure their products are good for your skin, too.

4. Makeup Isn’t Only Tested on Mice

Sadly, mice aren’t the only critters being subjected to the cruelty of animal testing. Rabbits, guinea pigs, and sometimes even dogs and cats are exposed to painful experiments that include chemicals we would never consider putting on our beloved pets.

What I didn’t realize is that according to the law, laboratory animals aren’t protected against animal cruelty. These poor animals are kept in small cages in laboratories where they’re blinded, maimed, and eventually killed. These animals feel pain too and they should be protected from cruelty and abuse.

5. You Have the Power to Promote Positive Change

If you’re anything like me, you’re wondering if you can really do anything to make a difference. Well, it turns out you can! By not purchasing makeup that’s tested on animals, you send a powerful message to companies that still utilize this barbaric practice. When enough of us take a stand, brands will be forced to change their practices or go out of business. It’s simply a matter of putting your money where your heart is!

6. You’ll Be More Mindful with Your Purchases

When you make the switch to cruelty-free, vegan makeup you will likely find that you’re more mindful of your cosmetic purchases. Taking a more minimalistic approach also minimizes waste, which is better for the planet. It’s also better for your wallet, too!

If you’re concerned that your favorite makeup isn’t cruelty-free or vegan, don’t worry! From small, independent companies to major multinational beauty brands, there are thousands of companies who refuse to participate in animal testing. You’re not limiting your choices, you’re simply opting for better alternatives!

Photo by Kaboompics .com from Pexels

12 Honest Life Lessons You Can Learn From Kids