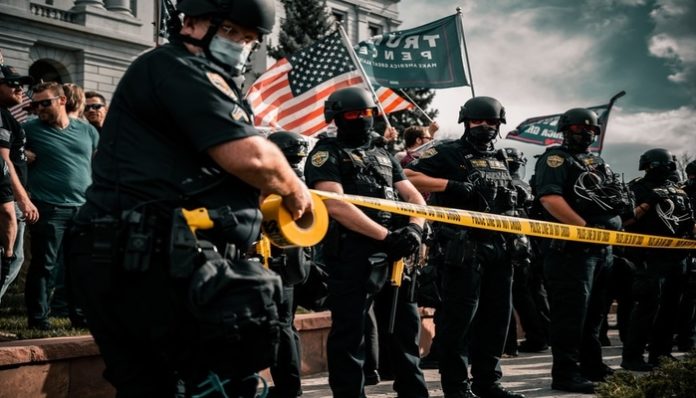 On January 6, 2021, supporters of former president Trump stormed the U.S. Capitol. Individuals hoping to interrupt the electoral vote count organized the riots. Cases charging former President Trump for his involvement in insinuating the riots are still ongoing. However, one year later, the country and the world still feels the effects of these political riots. Here are five ways that things have changed since the Capitol riots last year:

1. A Shortage of Capitol Police Officers

According to a Fox News article,“Nearly a year after the Capitol attack, more than 130 Capitol Police officers have left the department. The Capitol Police, at this point, is nearly 400 officers short of its authorized level.”

The shortage of staff is concerning. Additionally, four officers died from suicide since the attack, and an officer who was sprayed with pepper spray and had two thromboembolic strokes as a result passed away.

While law enforcement made many arrests, the FBI is still working to find all of the individuals who rioted. A CNBC article states that this past year, the government arrested and charged more than 725 people with crimes, and at least 325 of them were charged with felonies.

These numbers are shocking, and the FBI’s due diligence shows how seriously officials are taking these offenses.

Donald Trump is still undergoing investigation into his involvement in the Capitol Riots. A story in Newsweek explains that a multitude of Capitol Police officers have brought civil complaints against Trump after he allegedly incited the riot as a protest against the 2020 election results.

However, Donald Trump still stands his ground and claims that he did not incite the riots. He still has many supporters who are pulling for him to run for the presidency in 2024.

4. Honing in on Extremist Groups

An article on CBS explored the demographics and backgrounds of those involved in the Capitol riots. They stated the youngest participant was 18, and the oldest was 80, but many also belong to extremist groups, like the Proud Boys, Oath Keepers, Three Percenters, Texas Freedom Force, and QAnon. Many of the Oath Keepers are involved in a high-profile conspiracy case connected to the riots, and a member of the Proud Boys pled guilty to several charges last month. While the prevalence of these groups in modern society is extremely unsettling, there is hope that the awareness that these organizations exist will allow us to address the issues with them and ultimately abolish them.

As expected, the riot led to the need to re-evaluate the security protocols that Capitol police followed. Some people accused the Capitol of not preparing enough for emergency situations. In July, six months after the attack, then-Capitol police chief Yogananda Pittman announced some of the changes that the Capitol hoped to make to ensure better preparation for crises in the future. The changes include working with trauma-informed counselors, increasing training for the Civil Disturbance Unit, increasing leadership trainings and trainings on use of force, establishing a new plan to quickly respond to emergencies, and acquiring more safety equipment.

These changes will hopefully create a stronger sense of safety for all law enforcement officials. Though a new police chief has begun since, we hope that the new chief makes these changes.

In a year, law enforcement and officials made several positive changes, but the need for political restructuring still stands. The results of the lawsuits against Trump will have strong impacts on the political world and help us spread awareness of the changes our country needs to make. What do you think needs to change in the political world? Let us know in the comments below.