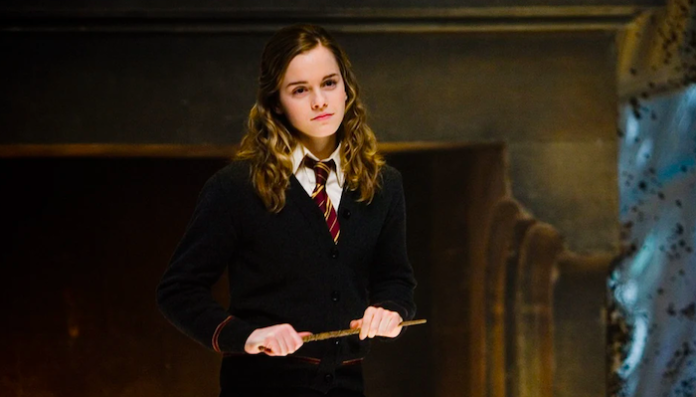 It might seem counterintuitive to idolize someone who has been called “a nightmare” by her future husband, but that is exactly the person I strive to embody. Upon discovering the world of Harry Potter in second grade, I immediately related to the clever heroine Hermione Jean Granger, though not for the reasons one would expect.

Early on, I saw the side of Hermione that everyone else does: a bookworm, determined know-it-all girl who answered all of the questions before the professor could even finish asking them. However, unlike Harry Potter’s sidekick, Ron Weasley, I did not find her to be a nightmare. Even then, I saw something to be admired.

Her insatiable thirst for knowledge inspired me. Like Hermione, I delved into a multitude of books, covering a wide array of subjects. My bookshelf quickly filled with texts encompassing every subject under the sun.

Even now, when I find myself growing tired of a subject or lacking motivation, I remind myself of what Hermione taught me: never give up. This mantra affects everything I do. Life’s little problems in academics, friendships, sports, and otherwise all seem trivial due to the confidence my Hermione-inspired determination has given me.

Though initially it seems so, Hermione’s perseverance is not only limited to schoolwork. Her trials and tribulations over the course of the Harry Potter series were unparalleled. Despite these challenges, Hermione’s strength never failed to shine through. In her moments of weakness, Hermione was absorbed in what others thought of her. Previously, when chastised for her compulsive need to prove her knowledge, she felt like an outsider. However, as the series progresses, she truly embraces herself. She began to ignore those who mocked her and always remained true to herself.

The capacity to be yourself, no matter the circumstances, is something I regard highly. My freshman year of high school was a tumultuous one. The natural ability to communicate seemed to have eluded me. What I lacked in social skills, I made up for in the classroom. My solace became knowledge and words, spun by fantasy novels and textbooks alike.

Reading Harry Potter at that time in my life gave me the confidence in myself that I had previously lacked. If Hermione could do it, why couldn’t I? This courage turned the life I loathed into one I relished in. I formed bonds on par with those between Harry, Ron, and Hermione, all by simply being myself.

Hermione is literally a feminist icon.

She is made fun of for her looks, interests, and her status as a “mudblood.” Despite this, she stays true to herself and doesn’t listen to anyone who puts her down. Harry and Ron basically couldn’t have done most of what they did without her. Moreover, I think she inspires women to believe they are capable, worthy, and that they should never apologize for who they are.

Hermione always finds a clever solution to any problem she faces, and with her unyielding will, she is unstoppable. Ironically, instead of Harry Potter, the Boy Who Lived himself, Hermione became my hero. She inspired me to have faith in myself and everything I do, and I truly feel as if my life is different thanks to her. Over the course of the seven books, Hermione has grown, and I could not help but grow with her. Hermione Jean Granger, while fictional, will forever represent who I strive to be.