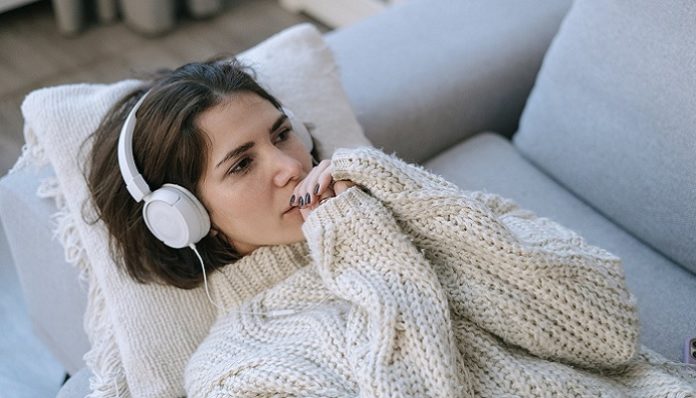 A prevalent topic of conversation within fandoms is how being in one has saved someone’s life. And when you say something like, “One Direction saved my life,” there are people out there who say you seem crazy or ridiculous; for example, that you’re just another obsessed fangirl. But I’m here to tell the story of a girl who wouldn’t still be here if it weren’t for boy bands.

The first time I recognized my sadness as depression, I was 12 years old. Growing up in a really toxic and abusive environment ensured that I was always off emotionally. But never once had I been able to identify those feelings as a mental illness. On top of all the awful things going on at home, middle school was happening. And I think we can all agree that middle school is just an awful experience for everybody.

Despite so many people crowded around me daily, I felt alone.

I struggled with getting out of bed in the morning. I needed to take a nap every day after school because I was so emotionally exhausted from my depression and anxiety. One thing middle school and toxic families are good at is making you feel completely alone even though there are so many people like that around you. Because at a time meant for you to discover yourself, society is starting to teach you how much being yourself sucks.

I had no one to help me navigate any of this. My family’s not the family where you could talk about your feelings and feel affection. The first time my school called home about my self-harming, they told me that “they could show me real pain if I wanted it.” The second time, they threaten me with being institutionalized, which might have been the best thing for me, but I was terrified of something like this.

In a world where everything seemed dark, I was trying to find some light.

I’d heard a bunch about One Direction. At that time, they were just starting to blow up. ‘What Makes You Beautiful’ had just been released, and Up All Night was coming. So I started listening to their music, and I liked it. But I hadn’t considered myself a part of the fandom quite yet.

There was another band I’d discovered at this time. Not as well-known, called Before You Exit. This was the true beginning of my journey with fandoms. If you don’t know Before You Exit, they’re kind of like the Jonas Brothers, just more poetic and soft. They had a very specific song that was actually about depression. The song talks about how they’d fight for us even when we were struggling to fight for ourselves. That deeply impacted me. By the way, the song is ‘Soldier’ if you ever wanna check it out. At first, I couldn’t really explain why I was so much more drawn to them than any other band. But now, 11 or 12 years later, I think I can put my finger on it.

Before You Exit was the first time I’d ever seen what a family should be like.

As weird as it sounds, I didn’t recognize my family’s behavior as toxic or abusive for so many years. Watching the band’s live streams made me realize that being kind and supportive towards family members was normal. I vividly remember a live stream they did where someone dared the oldest sibling to slap the youngest, and he did not want to do it. They weren’t completely numbed to violence like I was. And, to me, that seemed crazy.

Obviously, now I know that was a joke and that everyone plays rough with their siblings. But at the time, it seemed crazy to me that there were people who didn’t experience violence within their families. The fact that they cared about each other so much that physically harming each other made them feel bad seemed so implausible.

While my time with One Direction came later (and was the beginning of my journey to feminism, oddly enough), it was still just as vital to my survival. After about a year of following Before You Exit, I came to terms with my love for One Direction. Their impact on my life was greater than I ever thought it could be.

At that time in my life, I was struggling with the idea of suicide. I hated myself so much and felt like I had no reason to go on. As stupid or crazy as it may sound, these people did so many things that made me fight for myself.

I don’t think I realized how depressed I was during this time until I graduated high school. At graduation, we got those “letters to your future self” that we wrote in sixth or seventh grade, and that letter tore me apart.

The first line of my letter said: “I don’t think you’ll ever read this letter, and I’ll be shocked if you do.”

So today, I thank the people who saved me. I also want to validate everyone else’s feelings, especially those whose experiences might be the same or similar to mine. The truth is that it doesn’t matter why you didn’t kill yourself. It doesn’t matter what kept you alive. What matters is that you’re still here. What matters is that you didn’t do what you were so tempted to do so many times. So don’t let the people who don’t and won’t understand invalidate the little things that kept you here. Those little things matter. Those little things are the reason your parents didn’t have to bury you. And those little things are the reason your siblings didn’t have to mourn you every day.

Featured via Ivan Samkov on Pexels

Why The Fear Of Rejection Is Life-Limiting

The World Food Bank Is Battling Child Hunger And You Can...