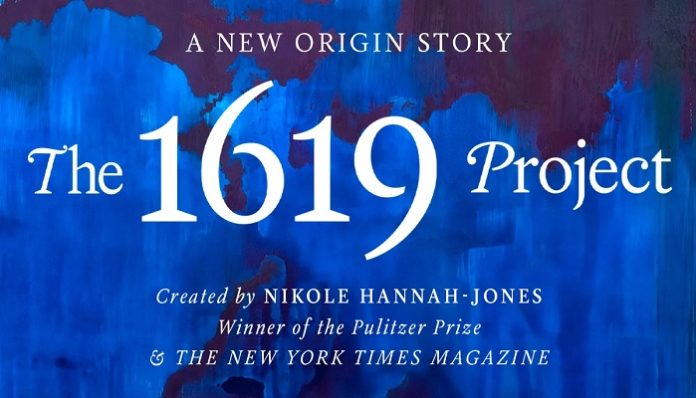 The New York Times started working on “The 1619 Project” in 2019. This long-journalism piece challenges the founding values of the American government, economics, and society. It does so by working with others to educate the miseducated and share ancestral stories erased from history. The stories come from students recalling their school’s failure to truly capture the horrors of slavery by down-playing it with humiliating and ignorant role-playing activities. The book, now listed as one of the best books of 2021 on Barnes and Noble’s website, takes a deep dive into how slavery still plays into today’s culture and government. It also depicts the true brutality black Americans experienced for hundreds of years and provides a less white-washed curriculum for teachers to use in educating their students.

The essays in “The 1619 Project” discuss the most impactful historical moments regarding people of color. Some of them include the Indian Removal Act of 1830, the 1730 Slave Code in New York, the Haitian Revolution, Hurricane Katrina, Black Codes, and the 13th Amendment.

It also forces readers to analyze the major systems built to work against POC. First, Matthew Desmond explores the economy in “Capitalism” and how slavery built and influenced the economy we know today. Then, Jeneen Interlandi discusses “A Broken Healthcare System.” She does so by describing how much of the system was built to exclude Black Americans who are sentenced to “statistically shorter, sicker lives than their white counterparts.”

As we read this, we are forced to analyze even the smallest details of society from which people of color have been excluded. For example, who has ever seen a person of color in any medical drawings? How many of America’s top 10 richest people are people of color? How many POC are in the top 20? We also have to realize that the Constitution has changed very little given the time it’s been the backbone of America’s government. As time has gone on, Americans refused to accept that we’re still using the same constitution that was made to limit the rights of all people of color. The same constitution that forced them into a life of slavery, discrimination, and inequality.

In New York City, 88% of drivers stopped were Black or Latinx, and 10% were white.

Of those stopped, 70% of people were innocent. What’s more, Black women are almost four times as likely to experience pregnancy-related death as white women. In addition, Black and white Americans use drugs at about the same rate. But Black Americans are arrested six times as often.

The white-washed version of history left so many important details out of our history books. For instance, I never learned that Abraham Lincoln’s goal in freeing slaves was to send them back to Africa. I never learned that white people would have picnics after lynchings. Some attendees even received body parts as gifts. I also didn’t learn that Black people built the White House and Capitol Buildings. Americans have tried to make up for this lack of education with Black History Month. As if we only need one month to acknowledge Black history while we teach white history every month.

So why is our education system like this? Because each state has different educational requirements for U.S. History and Social Studies courses.

No federal requirements state what we should teach our kids and what we don’t have to. But even in some of the most educated states, there is a lack of education on the history of POC. For example, some documents from Massachusetts’ educational system describe Abraham Lincoln as “eloquent” and claim there were several different causes of the Civil War. This ignores the fact that States felt their rights were ignored because they were denied the right to keep their slaves.

As a society, we need to take the time to educate ourselves. By reading the essays in “The 1619 Project,” we can better understand American history. It also shows how society today still works against people of color in even the simplest ways. To further advocate for the rights of people of color, white people have to acknowledge every part of the history we were taught to ignore. The truth may be brutal and ugly, but it is the truth. And only by acknowledging it can we truly create a world of love and equality for people of color.

Featured image via “The 1619 Project” on Amazon