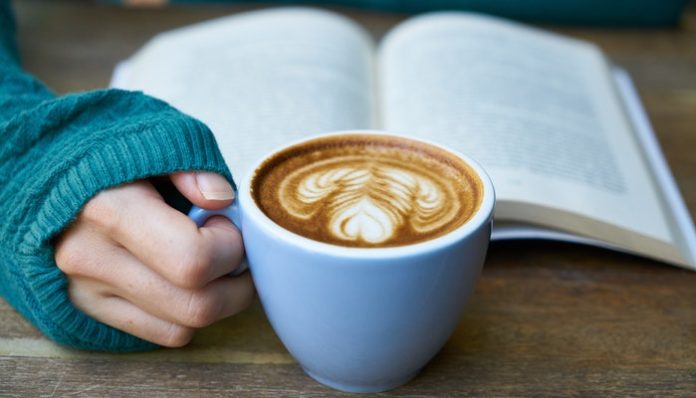 Do you want to get into reading and don’t know where to start? Here are the top five best books I read this year.

Yes. I said it. I love “After,” despite it centering on a severely toxic college romance. I’ve never been one for these kinds of stories. To this day, I pride myself on having never read “Twilight” because I refused to support the ideas that this kind of romance perpetuated.

But there was something different about Hardin and Tessa. Maybe this was because Tessa was so easy to relate to. Everything about this romance felt magical. This story had everything you could want in a young adult romance. Love? Yes. Jealousy? Yes. Sex? Lots of it.

It’s one of the hottest Wattpad novels to make it to print. Despite being late to the “After” party, I loved everything about it.

However, despite how much I loved this, there are lots of triggering topics throughout the series. There is pregnancy loss, verbal abuse, alcoholism, and drug abuse. There are also discussions about toxic and abusive sexual relationships. If you consider reading this, you must also consider the trigger warnings that come along with it.

This book can only be compared to “Speak” by Laurie Halse Anderson. The storyline follows a girl named Eden who is sexually assaulted during her freshman year of high school and follows her throughout all four years.

We see the aftermath of Eden’s assault and all the ways she tries to get that moment back. We also see how she copes with the trauma of such a brutal assault by someone so close to her.

For a book with such an ugly and brutal plot, it truly is a beautiful story. It’s beautifully written and beautifully (and brutally) honest about what victims of sexual assault go through. It tackles the idea of love after abuse and how to grow up when, in the moment of the assault, it feels like you lost your entire childhood in mere minutes.

3. “The Turner House” by Angela Flournoy

This was not a book I would typically choose to read. It was one of my college reading assignments. At first, I was dreading it, but I will say that I LOVED this book.

This book tackles just about everything you could ever want in a book. A major theme is mental health, especially in Black, impoverished communities. This is something that isn’t as mainstream of a topic as it should be.

The story takes place in the 40s, then picks up again in 2008. My favorite thing about the book is how the house where the children grew up became sort of a character in the story as well. There is talk of a haint (a ghost that “haunts” the family) and it comes up as a symbol throughout the story.

Honestly, there is so much to unpack with this story, it’s hard to really comprehend without reading. All I can promise you is that it’s a great story that I think everyone needs to read.

2. “A Flicker in the Dark” by Stacy Willingham

THIS BOOK! I loved this book so much. I finished it in a matter of six hours. I’ve never, ever read a thriller, but I will definitely explore this genre further because Willingham is a genius in writing this novel.

This story takes place in Louisiana and explores the life of Chloe Davis, the daughter of a convicted serial killer and psychiatrist. One day, when girls start to go missing again, a New York Times reporter contacts her, then leads her on an adventure to find the killer who is copying her father’s crimes. The story takes her on a thrilling adventure and causes her to question everyone close to her.

I thought I had predicted the twist, but there were another 17 twists that I couldn’t or wouldn’t have seen from a million miles away. I could’ve had a crystal ball and I wouldn’t have seen the ending coming. I recommended this book to all my family and friends because EVERYONE needs to read this book.

1. “It Ends With Us” by Colleen Hoover

OH. MY. GOSH. My heart! I sobbed. I loved this book and will be reading every single one of Colleen Hoover’s books because her writing in this novel was amazing. It broke my heart in every way, but mended it just as quickly. I’ve never been so satisfied with the ending of a book.

This story follows Lily and Ryle, a florist and neurosurgeon, who meet and fall in love. Their love quickly becomes volatile and violent, and Lily finds herself drowning in a sea of hurt she can’t seem to find her way out of.

At the same time, we hear the story of her first love, Atlas, a homeless boy who had taken refuge in the vacant house next door to hers. She cares for him by sneaking him food and letting him take showers in her house without her parents knowing. The two fall in love and confide their struggles in each other while finding a safe haven in each other’s arms.

Lily’s dad is an abusive alcoholic and she begins to see too much of her father in Ryle as she starts questioning how to navigate a love like this. Then she finds the man she always dreamed of in a restaurant in Boston.

The ending was amazing. It was everything I could’ve ever wanted and it really gives the reader a chance to step into an abusive relationship and see why it’s so hard to leave that situation and accept love afterward.

Which books will you be checking out? Let us know in the comments!

Photo by Pixabay from Pexels

This Is Why Dating A History Buff Isn’t For Everyone