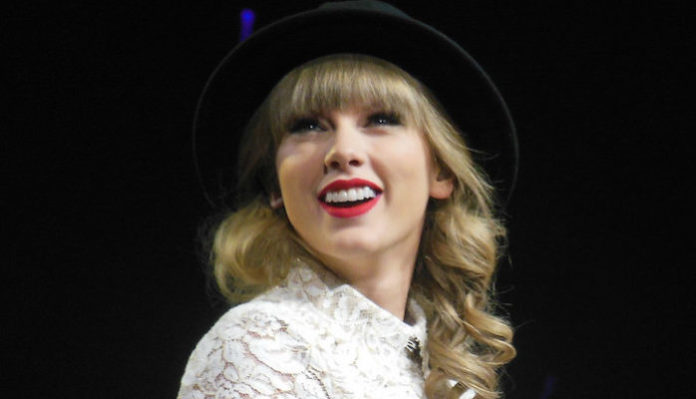 Breaking hearts and records seems to be the name of Taylor Swift’s game.

On Friday, with the release of Red (Taylor’s Version), Swift broke two Spotify records. She broke the record for the most-streamed female album in a day and also most streamed female in a single day. (Swift’s songs were streamed 122.9 million times on Friday, November 12). But Taylor Swift’s album re-releases are raising her exes’ eyebrows, and with the release of the much-anticipated 10-minute version of “All Too Well,” Red (Taylor’s Version) is no exception.

Many say that Taylor Swift’s digs at her exes are obvious, but others claim that Taylor is the master of including “Easter eggs” in her songs. An Elle article dives into Swift’s subtle revelation in Red (Taylor’s Version) that her ex, Jake Gyllenhaal, continues to date much-younger women. (Gyllenhaal and Swift are 9 years apart, and the now-40-year-old Gyllenhaal is currently dating 25-year-old model Jeanne Cadieu.)

Taylor’s latest album was also accompanied by a short film based on her smash hit “All Too Well.”

The film is also full of references to Gyllenhaal’s less-than-charming behavior during their relationship.

However, Swift says that re-living the heartbreak that inspired the songs on Red is a much different process now than it was when the album was first released nearly a decade ago. She explains to Us Weekly, “[I was] really sad. … But … it’s chill this time. It’s really nice to be able to put this album out and not be sad … I’m telling you, it’s much better this way.”

While some of Swift’s exes are probably ducking for cover, Swift’s fans are enjoying trying to figure out which exes inspired certain songs. For instance, fans believe that Swift’s song “Come Back…Be Here” is either about Jake Gyllenhaal, Harry Styles, or Zac Efron (though the two never officially dated).

But some of Taylor’s exes are not happy with being the subjects of her songs.

In the wake of the Gyllenhaal drama following Taylor’s latest album release, Outlook India reported that John Mayer, one of Swift’s most infamous exes, said that Taylor Swift’s song “Dear John” “humiliated” him.

Other Swift exes are reacting in a much different way. Taylor’s ex, Joe Jonas, actually showed up to T-Swift’s recent SNL performance to support her. Clearly, the two ex-lovers no longer hold animosity towards each other and are still good friends. Some die-hard Swifties even claim that Taylor Swift might collaborate with The Jonas Brothers in the future.

If you haven’t yet listened to Taylor’s Red re-release, head over to Spotify to hear her raw thoughts on all of her exes. Do you have any speculations on who each song is about? Let us know in the comments below!

14 Things I Want My Future Children To Know