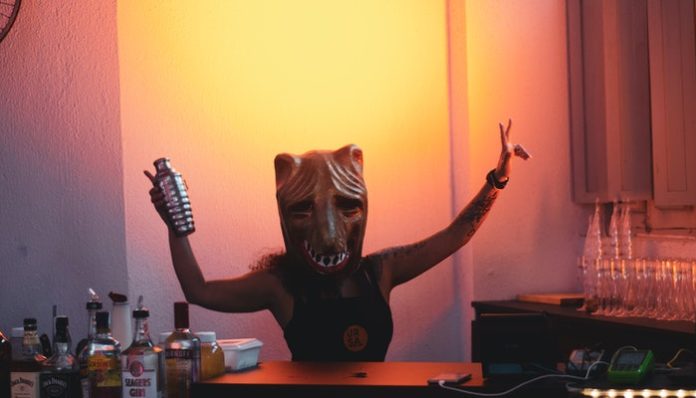 Spooky season is upon us! And if you’re someone who wants to be in my inner circle, you eat, sleep, and breathe all things Halloween. Halloween is, like, the only thing that keeps my seasonal depression at bay until at least mid-November. In fact, if we’re being honest, if you need me to leave you alone for a few hours just put me in a room with an endless loop of horror movies playing on TV and you’ll forget I even exist. I’m not kidding, I obsess over all things spooky.

If you follow in my footsteps you’ve had your Halloween plans figured out for about six months now. But I want to make sure you got the music covered as well. Sure, the Monster Mash is viewed as a Halloween classic, but do we actually enjoy boogieing down to it? Yeah, I didn’t think so.

Here are 5 songs that you may not have heard of but that totally deserve a spot on your Halloween playlist.

I’m not sure what it is about RÜFÜS’ Imaginary Air, that makes me feel like it’s the perfect song to get down to at a Halloween rave…it just feels right.

From Tyrone Lindqvist’s — RÜFÜS’ lead singer and guitarist— vocals, to a constantly growing beat, listening to this song feels like being catapulted into a different dimension. And that otherworldly, dream-like, new dimension state is the exact state I’d wanna be in when the world’s energies are at their spookiest!

I’ve been a huge fan of Bassnectar for quite some time now. I love how he can effortlessly take you from head banging one second to crying your eyes out the next second without even realizing how it happened.

This song is one of my favorites to add to a spooky playlist because Haley Gibby’s soothing vocals placed over the strong beat creates a combination that I wouldn’t hesitate to say is hauntingly beautiful.

There’s nothing more fitting than getting down to a song called Panic Room on Halloween — it just feels like the sort of thing you have to do. I mean, Au/Ra is literally singing about all her darkest fears coming for her — basically what Halloween is all about. I can just imagine all you witches and vampires out there breaking it down to this song under the disco ball in your living rooms…at least that’s what I’ll be doing.

Something about listening to Phantogram just makes me feel like a bad witch (ha, see what I did there?!), so in my opinion leaving them off your spooky playlist would be a tragedy. Besides, vocalist Sarah Barthel sings about being haunted by a thousand voices that are howling in her head, and that’s spooky enough for me. It also sounds like just a regular day in my life, but like, that’s a story for another time.

You know how at the end of the opening of The Wild Thornberrys Eliza’s all like, “and you know what? life’s never been the same!” Well, that’s how I felt when I heard Bonobo’s All In Forms play in the closing credits of a scary movie. Since then I can’t have a proper spooky October without listening to this song at least one… thousand times.

To be honest, I’m not even sure if the vocalist you hear throughout the song is speaking actual words, but I feel like that makes it almost creepier. Like it’s just this menacing voice you’re hearing in the shadows but can’t quite make out the words. I don’t know, just let me run with that idea. Either way, in my most humble opinion, I feel as though your spooky playlist would be simply incomplete without Bonobo’s All In Forms, so get it on there!

I think this year we should all vow to take our spooky playlists to the next level. ​Like, it’s absolutely not okay that every time I go to a Halloween party I have to relive my awkward elementary school Halloween dance memories because for some reason people don’t seem to realize there’s more to spooky music than The Addam’s Family theme song​ and ​Ghostbusters. ​Put your cat ears on, douse yourself in some fake blood, and Michael Jackson Thriller dance the night away while the cauldrons are bubbling and the crazies are out to play.

Photo by Thiago Miranda from Pexels