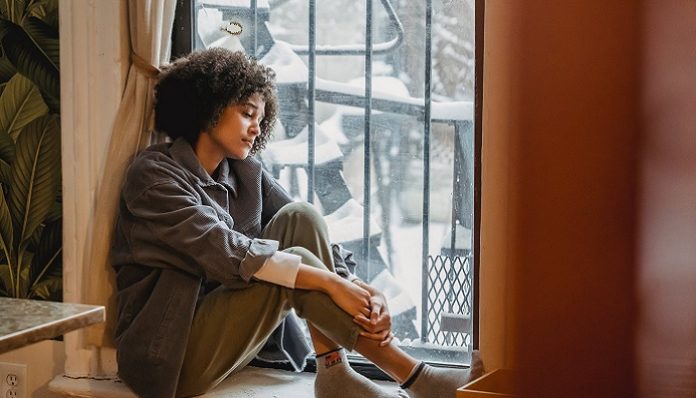 My first experience with depression struck when I was about eight years old.

I woke up panicked at the realization that I would one day die, and I couldn’t stop screaming. After the panic attack stopped and my parents soothed me back to sleep, I couldn’t shake the dread and sadness I felt.

“If I could just get out of my body,” I would think to myself “everything would be fine.” That’s not being outright suicidal, but it’s definitely suicidal ideation. I wasn’t even 10 years old and I was already fantasizing about tapping out of the big game called life.

In my family, I’ve been fortunate. Because depression is hereditary and I’ve watched my father struggle with it and also my mother, I have never felt like depression was something I couldn’t talk about. For huge swaths of my childhood books on Prozac and cognitive behavioral therapy littered the coffee table.

I knew depression was real, and I knew it was treatable.

For me, depression often took a backseat to anxiety. If you asked me to describe it I would say that my anxiety is an evil-possessed car, like Stephen King’s Christine. My depression is the person stuck inside the car: Scared, sad, but mostly just desperate for it all to be over. Depression is, in that respect, a side effect of my anxiety.

The terrible thing about mental illness is how draining it can be. If you’re lucky, you learn how to ask for help. You learn coping mechanisms. You learn triggers to watch for and react accordingly when they present themselves. I’m pretty good at doing all of these things, which keeps my depression at bay. But doing all of this work (and it is work) is absolutely exhausting.

And being tired? Yeah. That’s one of my triggers.

It’s hard not to add fuel to the fire when the negative voices start up, accusing me of being a failure. “You’re in your 30s and you’ve accomplished nothing. You can’t even remember to refill your meds on time.” It’s amazing how one bad bout can make you feel like all the work you’ve done to live a happy healthy life has come completely undone.

I used to ignore that voice, but now I lean into it.

Sure, I am a failure. For now. I haven’t done everything I’ve wanted to do. I still have goals and dreams. There is stuff I need to accomplish on this earth. That’s why I have to keep fighting. That’s why when depression or anxiety knock me down, I have to get back up, wipe the blood off my face and get all Rocky Balboa on its ass.

Today I might be a failure, but don’t count me out for the long haul.