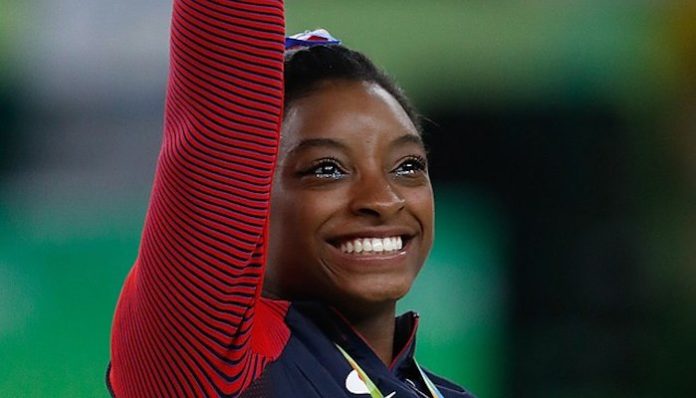 Simone Biles is used to making headlines for her incredible athletic abilities, iconic Olympic performances, and overall determination for justice for all. And we need discuss how amazing she is for withdrawing from the rest of her Olympic competitions to focus on her mental health.

People expect athletes to be tough. They have the competitive edge that prevents anything from getting in their way. They have pressures on international stages that non-athletes can’t begin to imagine.

Many (predominantly male) sports fans have seen this “stunt” as Simone “attention seeking.”

Many of the “die-hard sports fans” labeling her as emotional have been throwing bigger tantrums. And I can’t sit by and read the rubbish online slandering her for her heroic act.

Simone Biles did the right thing.

What people need to realize is that if a gymnast of any caliber isn’t feeling right mentally (or physically), they can literally die doing their routine. Gymnastics is one of the most physically demanding and grueling sports competitions in the world.

Even the best athletes in the world can fall victim to serious injury from one slip up. By avoiding that risk, Simone saved her life in more ways than one.

You can see in early footage of Simone Biles that she was not at her best. She looks distracted, distant, and overall unwell. And as any athlete knows, you need to be your best mentally in order to perform your best physically.

She was smart for not risking her life to get a medal for a federation that enabled her abuse.

Simone Biles said that part of why she didn’t retire is because, as the only survivor of Larry Nassar’s abuse who is still an active elite gymnast, it would make accountability for USAG less likely.

Carrying that responsibility is not to be taken likely. And that could alter her outlook on how she approached the games.

It’s almost as if she let that outshine her passion and love for the sport. The competition that consumed her brain wasn’t taking place on the mat ⁠— it was in a courtroom.

Simone is aware of the reach she has and how much responsibility she naturally has as an athlete. By pulling out of the rest of her competitions, she’s aware that she’s leading by example and hoping to change others’ perspectives on athletes.

After dedicating the past four years to the competition, Simone knew how hard of a decision this was. And that guilt must also be hanging on her shoulders along with the weight of the world she already has.

I think the responsibility she is showing is beyond admirable in an industry that often overlooks mental health.

Doing this is tougher than any Olympic competition she’s ever competed in.

Remember, this woman has won nationals with broken toes in both feet. She’s won world competitions with a kidney stone. And she’s won the Olympics while bravely carrying the burden of being the face of sexual assault survivors on a world stage as her own institution didn’t support her. She’s tougher than any male athlete I’ve ever seen.

Despite being hurt, damaged, humiliated, and exhausted, Simone Biles handles everything in her professional career with grace. She deserves every accolade she’s received and then some.

No one can duplicate her grit, elegance, and skill. And her toughness goes far and beyond the trampoline. People should celebrate courage and bravery, not criticize it.

It’s been a privilege to watch the start of a new movement for athletes suffering from mental health issues. While I’m sad to see one of the greatest athletes of all time step away from the sport she loves, I’m excited to see what she will do next to inspire people.

If there’s one thing people will celebrate Simone Biles for, it will be for more than backflips and gold medals. People will know her best for being a mental health champion at the top of the podium in our hearts.