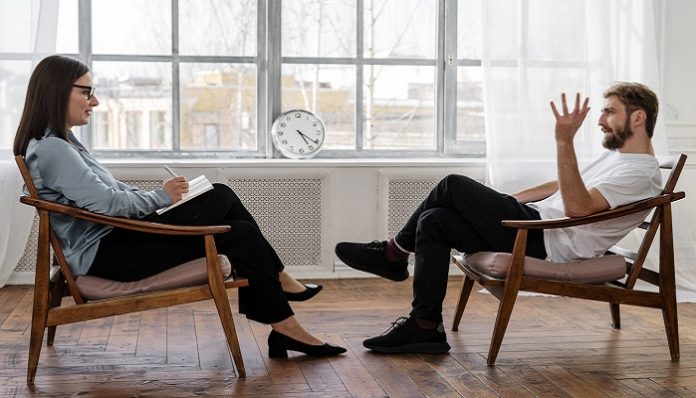 Unfortunately, therapy has such a stigma around it. I’ve been in therapy for years, one hour a week. It has been one of the most valuable tools for me; my therapist has helped me at times that I’ve felt at my weakest. He’s been there through the ups and downs, and it’s been a strange ride. My therapist has bee there through everything — even though it’s a payment, it’s worth every dollar.

According to the CDC, there were 47,511 suicide-related deaths in 2018. In addition, there were 312,000 emergency room visits due to self-harm. How many of these could be avoided if therapy were accessible to people? If these people had easier access to therapy, maybe these numbers would be lower. I’m not saying that everything could have been avoided, but perhaps, it would be better.

It’s also important to mention that it’s significantly less expensive with insurance. However, for those with no insurance, it’s a sum that often can’t be afforded.

A 2004 survey done by the American Psychological Association called 1000 people between the ages of 18 and 64 and found that 48% of them or people in their households sought mental health treatment. Unfortunately, even then, people found that cost, lack of insurance and accessibility were still difficulties for people when it came to getting therapeutic help.

As of February 2021, Forbes has reported that 47% of Americans still believe that seeking therapy is a sign of weakness. This way of thinking is damaging in so many ways. In fact, seeing a therapist is the best thing some people ccould do. With the heightened anxiety, especially right after a pandemic, there should be no stigma around seeking help. It’s so important for people to know that it’s okay to see a therapist.

Overall, the top reason that people struggle to access therapy is the cost.

Finances are always complicated, and being an adult only makes it worse (Yes, they lied to us when we were younger!). After all, it’s harder to access therapy when we simply don’t have the money. If we can’t pay for it, how are we supposed to get it? It sounds easy to tell someone to “just get a job,” but that’s not always as easy as it seems.

Therapy should be something accessible to everyone because everybody struggles. It’s plain and simple. Mental health isn’t taken as seriously as physical health even though it’s just as important. It’s essential that people know that there’s always something they can turn to. Talk therapy is the answer to a lot of mental health issues.

Having someone to talk to is always nice. But having a professional with an unbiased opinion is even more beneficial. Someone that’s always there to listen, and someone who has advice. Such a person can tell when there’s a severe issue. There are always things going through people’s heads. After all, everyone is going through something, even if they look like they don’t have any problems. We never know what’s going through someone else’s mind.

When someone is struggling, it would benefit them greatly to see a therapist.

Personally, I didn’t realize how much I needed someone to talk to. I have a great support system in my friends and family. I know there are always people who listen to me when I need it, and they aren’t going anywhere. However, it’s been greatly beneficial to know that once a week, there’s an hour where I can be free. I don’t have to hold anything back since holding things back is very damaging.

What You Need To Know About Rescuing A Pet From An...