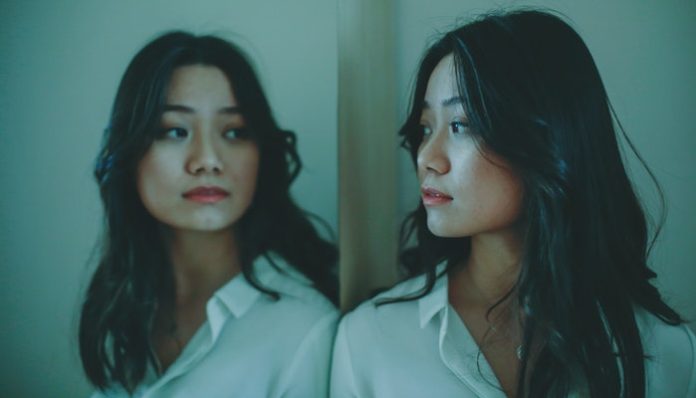 At birth, our minds are like blank sponges ready to absorb new information. Then, as we grow up, we may start to let some of what we’ve learned mess with how we take on new information.

There are many types of bias but each of these can impact the way we approach relationships and jobs, it can hinder how we form opinions or alter the way we access knowledge.

What is cognitive bias?

Cognitive biases are systematic errors in the thinking process that alter how we interpret information and make decisions.

Biases are like roadblocks and limitations in your brain. The brain wants to get to its destination quickly and easily so it may take some shortcuts and miss important road signs in order to get there.

“Our brains are programmed: ‘wired’ from birth based on our environment and experiences. Often, we take on the biases of those who raise us or influence us as small children,” says life and career coach Christina Renzelli.M.Ed.

“Unless someone has the opportunity to notice the biases of their programming, they may not be conscious of them. This limits their access to the truth by keeping them in a small bubble of false information.”

Career and life management consultant, Ruth Schimel, Ph.D., agrees. She says that biases are our way of finding comfort and predictability in the world. Sometimes, they are all we know.

“Attending to the fears and anxieties that underpin the biases may also expose some reasons for it,” she says.

Note that there are many different types of bias, but these are 14 of the most common ones that may be impacting your life.

You’ve probably heard of this one, and you’ve likely been guilty of it too! Confirmation bias is the tendency to seek out information that confirms preexisting ideas or beliefs. This bias leads us to ignore or overlook facts that might challenge or undermine what we already think.

It may also cause us to ask leading questions when seeking information so we can get the answers we want.

It’s important to play Devil’s advocate with yourself in order to question your ideas or seek out multiple perspectives on situations.

This bias leads people to view an idea or event as simplistic because they don’t have a lot of information on the subject. While under the influence of Dunning-Kruger, people overestimate their knowledge of something and it prevents them from being curious and seeking out information.

It might make things less complicated, but it also leaves us ill-informed. In the words of Charles Darwin, “Ignorance more frequently begets confidence than does knowledge.”

Example of the Dunning-Kruger effect: A 2018 study showed Americans with little knowledge of politics are more likely to overestimate their knowledge on the topic. This study also showed that this is more pronounced in people who identify themselves rigidly with one party, i.e. either Democrat or Republican.

In-group bias makes us more likely to favor or support people within our own social group, rather than an outsider. Essentially, this bias means that we select people who are similar to us and miss out on opportunities to meet new, different people.

It can also be the root of racist or discriminatory ideology as fear of the unknown causes us to push away people who aren’t from our social groups.

Renzelli tells us this kind of bias can inhibit our ability to connect with others.

“In relationships, we may make assumptions about others based on our biases, which is like keeping a wall up,” she says. “Biases prevent us from creating a true, honest heart-to-heart connection.”

Example of in-group bias: If you don’t associate with people of a particular religion because you perceive them to be too different from you without actually knowing them.

Observer bias is also called experimenter or research bias. This bias occurs when observing or recording information. Our own subjective opinions or beliefs may cause us to interpret the information we record differently from how another observer would see it.

It happens when an observer comes to an experiment with preconceived notions or knowledge about what or who is being studied.

Observer bias can also refer to the way a person acts when they know someone is observing them.

Example of observer bias: One doctor examining test results might perceive that a patient is not in need of treatment while another, who may be aware of family health history, may have a different perspective.

This can cause us to allow our emotions to get in the way of facts and makes us distort the truth.

Example of optimism bias: If you are in a positive mood while going to a job interview, you may assume that you will get the job regardless of whether or not you’re actually qualified.

Also known as focalism or the “anchoring effect,” this occurs when people rely heavily on the first piece of information they hear about a topic. This becomes their anchoring fact, from which they base all their subsequent judgments.

Example of anchoring bias: You are buying a new pair of shoes and you see a pair that is $600 and then see another pair that is $300. Because you saw the $600 pair first, you assume that the $300 pair must be affordable, when in reality, you could probably find shoes for less.

This occurs when groups or data for analysis are chosen in a way that is not random. This means that the sample will be not representative of the general population.

Example of selection bias: In a study, selection bias would occur if the participants being examined are all one age or gender, and do not represent the wider world.

Publication bias is when the outcome or results of a study or experiment impact whether or not the information is published. It may occur in academic research.

Example of publication bias: If research findings that are published only showed positive outcomes and leave out a piece of information that would contest these results.

First impressions are important, but people can change! The halo effect causes us to allow our first interaction with a person, business, or topic to influence our overall impression of that person or entity.

The halo effect can create the tendency to attribute positive traits to people who look a certain way.

Self-serving bias is the assumption that good things happen to us because we deserve them, and bad things happen due to reasons outside of our control.

This bias prevents us from self-reflection and accepting personal responsibility.

Example of self-serving bias: If you don’t get that big promotion at work it’s because your boss hates you and has it out for you. But when you do, it’s because you worked really hard and are better than everyone else!

This occurs when an outcome appears obvious after it happens, even if you couldn’t have known what the outcome would be.

Hindsight bias, also known as the Curse of Knowledge, can cause us to assume others have this knowledge that we once did not possess.

Essentially, it occurs when you realize you should have known something all along but you neglect to realize that you may not have had all the necessary information.

Example of hindsight bias: You see it looks a little gray out one morning. When it rains, later on, you say, “I knew that was going to happen.” Even though you hadn’t necessarily predicted that beforehand.

Status quo bias is a tendency to resist change or perceive change as a loss. This often finds us sticking with the way things are, even if it’s not good for us.

Example of status quo bias: Sticking with your current job even if there are better opportunities out there.

Decline bias, or declinism, is favoring the past over how things are currently going. Decline bias assumes that everything is slowly getting worse just because it’s changing.

When we look back on things with rose-tinted glasses, we’re using decline bias. It is somewhat similar to status quo bias as it stops us from embracing change.

Example of decline bias: When you say, “Well, back in my day music was so much better.”

Availability bias, or availability heuristic, is a tendency to rely on the information we can quickly and easily recall when drawing conclusions about a topic or idea, even if this information is limited.

It is a kind of mental shortcut people use to deem the most readily available information valuable instead of seeking out more complicated information.

Example of availability bias: Buying a lottery ticket because the luxurious lifestyle that comes with winning is easy to imagine even though the probability of winning is unlikely.

Photo by JESSICA TICOZZELLI from Pexels