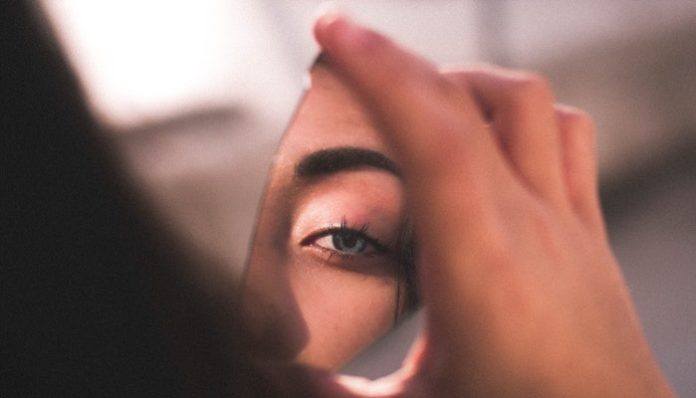 As someone who’s struggled with an eating disorder, I’m used to seeing social media posts about eating disorders that range from mildly distasteful to completely offensive. People who want to lose weight and those who try to sell weight loss products rely on jokes about the stomach flu to connect with others. But the stomach flu, food poisoning, and gastrointestinal issues are no laughing matter, especially for people who live with bulimia nervosa. People with bulimia often self-induce vomiting, which can cause dehydration, seizures, irregular heartbeats, and even sudden heart attacks. Therefore, “flu jokes” are irresponsible at best and exploitative at worst.

The most recent of these posts I’ve seen on Facebook is:

“I mean, I could just rock this stomach bug forever and never worry about putting the weight back on. But if you are interested in a less virus-ey way to get the body and life you want, and think you could eat all the food posted below in a day, reach out.“

Then, the writer promotes her multi-level marketing (MLM) business, which sells “diet” foods. But when MLM marketers and meme-lovers rely on tasteless “stomach bug” jokes to promote weight loss, they make vomiting an “acceptable” tool for weight loss, even though purging is dangerous.

I understand that stigmatizing eating disorder behaviors doesn’t help those who struggle, but we also shouldn’t glamorize or joke about ED behaviors. Bulimia can be deadly, and even when it isn’t fatal, it can destroy lives.

At the height of my own bulimia, my life spiraled out of control. Eating disorders are isolating illnesses, and mine caused me to skip my college classes and withdraw from my friends. At times, I even felt as though my eating disorder forced me into living a double life. My friends saw the happy seemingly successful version of me, but they didn’t witness my empty cartons of ice cream or the toilet full of vomit. They didn’t notice my self-hatred, my fear, and my simultaneous hope that someone would eventually uncover my secret.

In my disorder, I purged even when I didn’t want to. I threw up because I felt like I had to. I believed that if I allowed myself to digest even the smallest amount of food, I would balloon up. And to me, gaining weight meant losing control of my life. Deep down, my fear of gaining weight actually related to my fear of failure. Subconsciously, I understood that as long as I preoccupied myself with food and weight control, I could excuse myself from pursuing anything else. Therefore, my bulimia became part of my daily routine.

At the height of my illness, a dietitian at the treatment center told me that  my body was breaking itself down. To most onlookers, I didn’t appear emaciated.I was within the “healthy weight” range for my height, but that didn’t mean that I wasn’t sick. My life revolved around food—avoiding it, eating it, tracking it, throwing it up, and burning it off. While my friends began internships and found significant others, I was too sick to hold down a job or be in a healthy relationship. In the most clichéd sense, I was my own worst enemy. I was on the warpath,  ready to destroy myself.

So when I hear Emily Blunt’s character in The Devil Wears Prada gripe that she’s “one stomach flu away from [her] goal weight,” I cringe. I cringe not just for myself, but for all the people who are vulnerable to thinking, “Hey, throwing up could work. It’s not a permanent solution, but it could jumpstart my weight loss.”

Therefore, hearing people promote weight loss products with jokes about throwing up hurts me. I feel as though their words minimize my experience with bulimia and my hard-earned recovery. Recovering from an eating disorder in a society that praises weight loss and normalizes disordered behavior feels impossible, but it shouldn’t have to be. We need to start by retiring the dangerous “vomiting” jokes and understanding how our words can affect others.