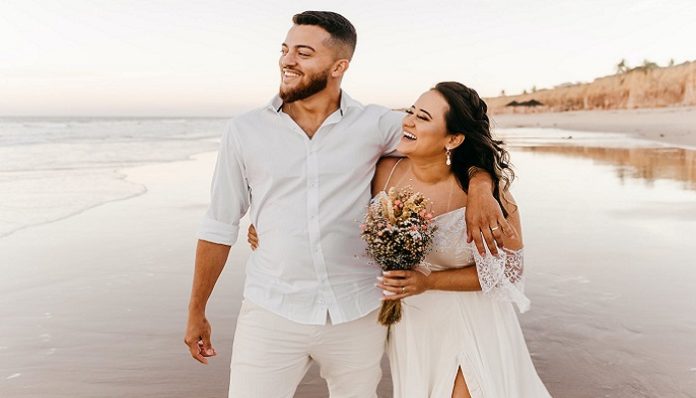 First off, buyer beware: there are not as many “brutal” truths as there are reality checks for men who not only want to be a good husband, in general, but also wonder how things really are on the other side of the matrimonial fence.

I’ve attempted to thoughtfully represent the manly side of how to be a good husband.

And this is from the perspective of a guy who’s been a happy husband for five years and has a toddler to show for it. Your mileage may vary.

1. You end up talking about poop way more than you ever expected.

Between dogs and babies, up to 80 percent of your conversations in any given day center around which family member pooped, how frequently, and the exact consistency of said movement.

2. Even the best relationships bend under the strain of money.

Who’s making it, who’s not, who’s making more. Should you be in the male half of a relationship and pulling in less bread, you’ll feel twice as bad.

However, I can still reach higher shelves, so there’s that.

3. No matter how perfect your wife is, you’ll find things wrong with her.

These will be tiny things. Don’t tell her about these things, because she knows lots of tiny things wrong with you and has the class and restraint not to share them.

4. She will continue to ask for foot rubs.

The good news is an average of one five-minute foot massage every six months is absolutely sufficient, according to a United Nations Security Council ruling.

What is this, the 50s? Learn to cook, man! The bar is set very low for our gender, so if you know your way around a cookbook, you’ll never need six-pack abs.

6. Cook together, if possible.

Watch Like Water For Chocolate to learn how cooking with your spouse can be a very sexy endeavor. In the end, there might even be lovemaking. (Yes, you have to call it lovemaking after mutual meal preparation.)

7. Not all of her underwear is the sexiest thing you’ve ever seen, but you should never mention this.

Yeah, let that embarrassment hit you like a wave and then go offer an apology in the form of a five-minute foot rub.

8. And the same goes for pajamas and general bedtime clothing.

The exception to this rule is if you purchase something sexy and present it as a gift. That’s a good loophole and a win for everybody.

9. The decrease in intimacy is 50 percent your fault.

Sex frequency declines, especially after there’s a kid in the picture, but half of this problem is absolutely your fault. Effort beyond blind groping in the dark is usually rewarded handsomely.

10. After your kid is born, the breasts are off-limits.

Your wife’s breasts will never be as big and bountiful as they are post-childbirth, and she will never be as disinterested in you touching them. You must learn to appreciate them from afar, like a priceless museum piece that you just want to suck on.

11. Being married is better than being single.

Your single life wasn’t as exciting as you think it was. You spent most of your time leaving bars, drunk and alone. It’s helpful to go out with single friends every now and then to remind yourself of that fact. Now you’re a husband, so own it.

12. She’s probably not thinking about sex as much as you are.

But she’s definitely thinking about chores that haven’t been done and errands that haven’t been run, so if you do those chores and run those errands, sex is almost certainly next on her to-do list. Probably. I’ve never tested this theory.

Don’t try to defend the one she really doesn’t like, because she’s right. He actually is a jerk.

She’ll be jealous of pre-existing female friends, of course, but don’t expect to introduce a new female friend into the picture without accepting and being accepting of the kind of scrutiny usually reserved for Iran’s nuclear ambitions.

15. You won’t have the same parenting styles.

No matter how eye-to-eye you see in matters of life, a real, live child forces you to put into practice all sorts of untested theories about what it means to raise an ethical human being. Not all of them are correct.

Your wife will probably do things you suspect will irreparably harm your child later in life, but it may take decades to bear out that suspicion. In the meantime, relax.

16. Going out and getting drunk with your friends gets less cute as you get older.

And it’s almost not cute at all when you have a kid. There’s a proven scientific amount of alcohol that will make you aroused, insanely complimentary, and predisposed to foot rubs, so figure out what that amount is for you, and thank me later.

17. She doesn’t want to hear that you find another woman attractive.

No matter how strong your relationship is. Unless it’s her mom. You can compliment her mom. But for god’s sake, not her sister.

18. Kick her out of the house every now and again.

There’s a certain type of wonderful wife who’s so dedicated to her child and matters domestic that she’ll forget to take some time to hang out with her friends.

Remind her that she always feels better after a night out, and when she’s gone, you can pretend to be a carefree, unattached guy who does what he wants and isn’t a husband yet. Unless you have a child. In that case, maybe just enjoy some light reading.

19. Going to bed at the same time does wonders for your relationship.

It’s tempting to stay up late and watch all the saved shows on the DVR she doesn’t care about, but Drunk History will always be there tomorrow. There’s no rule that says you can’t dream about Derek Waters while you happily spoon your wife.

20. Remember why you signed up for this thing in the first place.

There’s almost no disagreement, bad day, or horribly mismanaged dinner preparation that cannot be improved upon by kissing your wife and saying, “I love you.” If not, try a foot rub. Those things work like gangbusters, man. So make sure to be a good husband.

Also, check out a woman’s guide to marriage and being a wife.

No Other Feeling Like This: The Hidden Trick To Finding True...