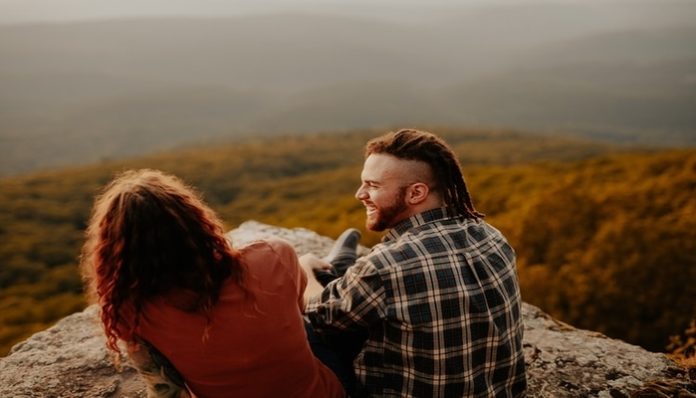 If there is one thing that the past year has done, it’s surprise us.

Recently, I received my own surprise. The other day, I received a text message from someone I never thought I’d hear from again, and it completely changed my life because it provided closure.

Seven years ago, I reconnected with a high school classmate of mine. This guy and I weren’t in the same classes, but we took the same bus home. In the years after high school, I often saw this guy around town, and he worked at a place that I frequented. He approached me then, and we reconnected.

At the time, we talked when we saw each other, but that was the extent of our friendship.

We never dated. We never even met for coffee or dinner. However, we did connect on social media.

About a year later, though, out of nowhere, I received hurtful texts from him. They were the most horrific messages anyone ever sent. I had no idea what I did to deserve such hurtful words. Even though the comments were brutal, the worst pain came from not knowing why he was saying these things.

The pain that those messages inflicted on me started to become part of my life.

Day after day, I kept reliving our conversation. Anything that reminded me of my former friend brought me immense pain. I kept wondering what I could have done differently. I also ruminated about how this incident would affect my future relationships. If I didn’t know what pushed this friend away, how could I know that I wouldn’t make the same mistake with a potential partner?

I lamented over that incident for 5 years. I hoped that at some point, I would find the answer that I needed to put the falling-out with my former friend behind me. Eventually, I gave up all hope that I’d ever hear from him again, even though we live less than a mile away from each other. But last week, completely out of the blue, I heard from him.

I couldn’t believe that he reached out, but I immediately noticed that the tone of his messages was very different than they were the day that we ended our friendship.  It turns out that my friend didn’t text me all of those horrible things – but his jealous girlfriend did because she was mad that I talked to him.

As we talked that night, I learned so much about my friend’s life at that time, and most importantly, my friend gave me closure. Before he reached out to me, I walked away whenever I saw him because I felt so hurt. We could have mended our friendship much earlier if I hadn’t ignored him, but because we recently reconnected again, a huge burden was lifted.

Reconnecting with my friend taught me that closure makes a difference in friendships.

Until you get closure, remember that spending time thinking about what went wrong won’t change anything. After a while, your pain will ease, but unless you get closure, it never quite goes away.

The most important thing to remember is that closure works both ways.

You’re either the person who has to be brave enough to offer closure or the one who has to be open enough to receive it. But if you both really care about mending a botched relationship, then you’ll find a way to reconcile. Like Trisha Yearwood sang, “What’s meant to be will always find a way.”