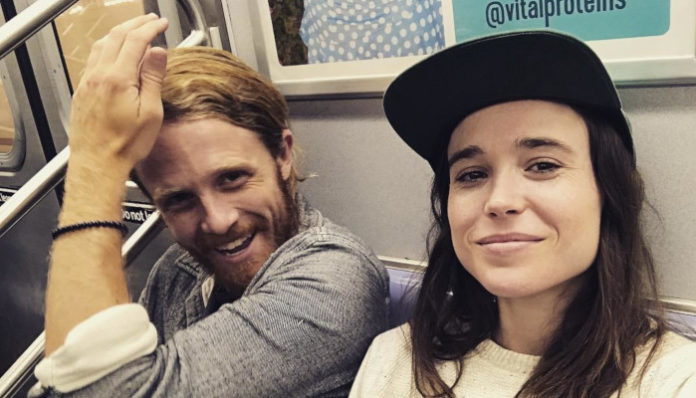 On November 20th, transgender folks from around the world paused to grieve the deaths of our fellow trans family. We mourned those who innocently died by murder and those who took their own lives. However, it’s no secret that life as a transgender person is difficult every day. And that’s exactly why today’s news excited me so much:

Elliot Page, actor from Juno and The Umbrella Academy, has come out as transgender.

Elliot Page, who uses he/they pronouns, wrote on Instagram: “I want to share with you that I am trans… and my name is Elliot. I feel lucky to be writing this. To be here.”

Their emotional post discusses the staggering truth of life as a trans person, from recognizing the rates of suicide amongst trans adults to discussing the murders of at least 40 transgender people. According to PFLAG (Parents, Family, and Friends of Lesbians and Gays), we lost at least 53 lives lost between October 1, 2019 and September 30, 2020 in the United States alone. An increase from the previous year and, unfortunately, the number is much higher globally.

“To the political leaders who work to criminalize trans healthcare and deny our right to exist,” Page continues, “…You unleash a fury of vile and demeaning rage that lands on the shoulders of the trans community.”

Politicians like President Trump and Vice President Pence have been quite adamant about rolling back the rights of transgender individuals. In June, the Trump administration rolled back an Obama-era protection for trans patients, now making it possible for insurance companies to deny transition related health care. For many, this has been detrimental to safety as well as one’s health. Regardless of whether a transgender person chooses to physically transition or not, we should not be denied preventative healthcare due to prejudices.

Having come out to myself as transgender in middle school, I did not have the representation that there is now. I felt alone and struggled with the idea that I was an outcast. As I grew older, I learned to be okay to be who I am. The truest form of me. Having seen so many public figures come out over the years is reassuring. From Laverne Cox to Janet Mock and now Elliot Page, we are seeing validation, openness, and self-acceptance.

“I love that I am trans, And I love that I am queer. And the more I hold myself close and fully embrace who I am, the more I dream, the more my heart grows and the more I thrive. To all trans people who deal with harassment, self-loathing, abuse and the threat of violence every day: I see you, I love you, and I will do everything I can to change this world for the better.”

Why Your Body Goes Into Panic Mode When You Meet Someone...