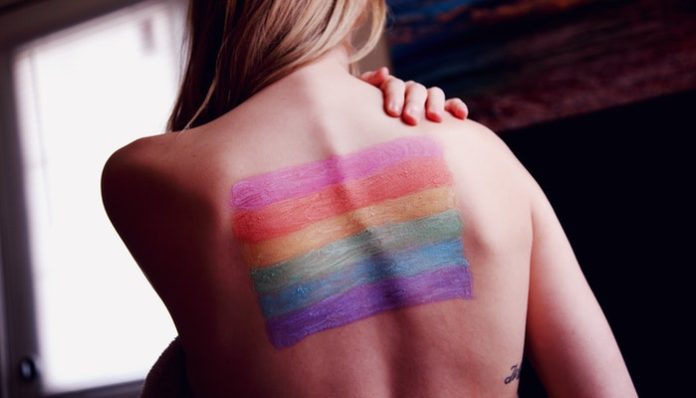 As of August 7th, at least 28 trans folks have been murdered in 2020 so far. That number already surpasses 2019’s total, which clearly indicates that anger towards the transgender community is only rising. While it shouldn’t be transgender folks’ job to battle this issue alone, many “allies” to the LGBTQ community don’t seem very interested in educating themselves and working towards change.

One way to stop hatred is by removing harmful language from your vernacular. So if you’re really interested in supporting the transgender community, here are six phrases that you should stop using when talking to a trans person.

We call it a deadname for a reason — it’s a name we no longer wish to use. There is a reason why trans folks will often change their names when they transition, so refrain from asking a trans person about their deadname.

There are two ways I respond to this question: “Which one?” and “None of your business!” Many people don’t understand the expansive amount of surgeries trans folks may or may not choose to get. As some may be surprised, a lot of trans people choose to not undergo surgery because it’s either too expensive or just not something they feel compelled to do., When you ask a trans person about surgery, you’re not only perpetuating the idea that trans people must undergo surgery to transition, but you’re also tackling a very personal and private question.

3. “Wow, I never would have thought you were transgender! You’re so pretty/handsome!”

If you ask this, I think you need to be asking yourself “Why do I think trans people aren’t attractive?” There is already a lot of pressure on trans folks to be able to “pass” in society, so don’t support this ideal. Trans folks will be praised when they appear as hyperfemme or hypermasc, and in some cases that’s the way they need to present themselves to stay safe. But as true allies, it’s important to celebrate those that would rather be more fluid in their gender presentation.

Listen, I’m already a real person, even though I wish I was a cryptid. Although associating terms like “pretty” and “handsome” to people is bad enough, saying things like “you look like a real man” is extremely dangerous because it promotes the idea that trans folks aren’t real men or women because of their gender expression and/or their factory installed” parts. In fact, this type of thinking dehumanizes the trans community and creates dangerous situations.

5. “Maybe you should try wearing [this], it’ll help you pass better.”

Why is there such a push for trans folks to “pass” in their gender expression? It is not a trans person’s job to look like the cisnormative idea of a man or a woman that you support. Instead, it’s more important for a transgender individual to feel comfortable in their skin — and if you’re a true ally then you should be willing to help your trans loved ones feel comfortable with themselves. Instead of offering suggestions on how a transgender individual can “pass,” allies can tell them what jeans make their ass look curvy or what tops make their chests look boxy.

God, we know. This one is the most annoying and frustrating, by far. There needs to be a normalization of trans folks, not an idolization. This phrase puts trans people on a pedestal — and I’m absolutely sick of it. Instead of idolizing and isolating the trans community, we need to normalize it! So instead of fawning over your trans friends, just tell them how much you appreciate their friendship.

By and large, the trans community remains the target of numerous hate crimes on a regular basis. But we can’t change the world on our own. As allies, you can use your privilege to create a safer space for your trans siblings by taking these tips to heart. By respecting trans people and educating yourself, you can help us gradually create a more trans-friendly society.