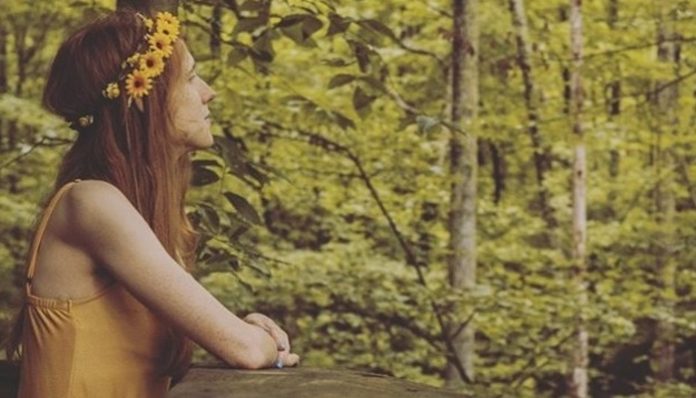 Laura Mustard has the rare ability to become your friend before she even speaks a word. Fresh-faced, clad in a long-sleeved button-down, and smiling broadly, Mustard looks every bit the burgeoning Nashville songwriter, radiating a quiet but palpable charm that immediately draws you to her. Humble through and through, she doesn’t speak a word about the array of instruments behind her, even though the multi-talented singer-songwriter features each and every one in her sophomore EP, Treehouse, which is slated for release this September. Mustard, does, however, speak profoundly about self-acceptance, body positivity, and personal growth, all of which have influenced her upcoming EP and will continue to inspire indie music devotees.

1. Tell me a little bit about yourself and your sophomore EP, Treehouse.

“I’m from Connecticut originally but now live in Nashville. When I was 6, I read the “Goosebumps” book Pianos Can Be Murder, and I started begging my mom for a piano. In high school, I played percussion… Singing in high school led me to doing open mics in college and joining two bands, Stillbridge and Silvertone 5 [where I played drums, piano, and keyboard and performed vocals]. Then I went to Nashville on vacation, fell in love with the songwriting community, and decided to move there. Since then, I’ve been songwriting and releasing EPs, [including] Treehouse. Treehouse is about self-acceptance and each song on the EP addresses that idea from a different angle.”

2. What are some of the biggest musical inspirations behind Treehouse?

“I grew up listening to a lot of Gavin DeGraw, John Mayer, and Sam Cook, but lately, [I’ve] been getting more into Bluegrass and Folk, listening to Railroad Earth and Green Sky Blue Grass. [My favorite folk and bluegrass groups] inspired Treehouse.”

3. Treehouse has been described as “a fresh collection of songs about the journey to self-acceptance.” How have you grown in self-acceptance throughout your life?

“It definitely has been a big journey from not talking about [my struggles to being open about them].

Part of it [was] getting to know [myself]… the good things about [me] and also [my] pitfalls…. I [did] years of quiet introspection and reading and meditating that helped me love myself.”

4. Your vulnerability in your music is compelling and highly relatable. What advice do you have for people who want to remain open about their struggles but have difficulty speaking up?

“…Journal about [them], and get to know yourself. Once you write about [your struggles], it’s easier to speak up about [them] and share. Knowing that you’re [perfect the way you are] but also knowing where you can improve too [is also key to sharing more about yourself].

5. You’ve established yourself as a champion of self-love and body positivity. What would you want people struggling to love themselves to hear when they listen to Treehouse?

“There is [usually] a struggle [to love yourself, and [my EP] Treehouse captures that struggle in different ways. The song “Treehouse” is about escaping and avoiding [the struggle to love yourself, while] the song “Eager” is about laughing… at your flaws and… mistakes and not tak[ing them] seriously. It’s very tongue-in-cheek [and is about]… making friends with yourself, [which] I hope other people can do… too. And “Nobody’s Road” is more about how everybody [struggles with something]. It makes me [love myself], and I hope it makes other people [love themselves] too.”

6. As a pop-folk singer-songwriter, your music has a distinct sound that’s often missing from the pop world. How does your music stand out from the songs that other artists are producing today?

“It’s [been] interesting to watch pop change over time, to see pop become influenced by rap and hip hop and R&B. Even country has become more of what pop used to be. My music has a more acoustic feel [than most Top 40 songs], so it’s a sound that you don’t usually hear on pop radio. [That type of sound] is missing from th[e] pop space.”

7. We’re currently living in some frightening, uncertain times. How do the themes in Treehouse tie into the current state of the world? Why is this a message that we need to hear now?

“The Treehouse EP is very positive, which is helpful when we’re going through times like [these]. The song “Treehouse” in particular is about escape, so it can help other people get away from what’s going on in the world and find self-acceptance. Sometimes I [even] listen to my own songs during this time [to escape!]”

As our interview drew to a close, Laura smiled warmly, thanking me for my time with the same bright demeanor she possessed from the moment I first (virtually) met her. It’s clear that in the Nashville indie scene, Laura Mustard has it all — talent, poise, and vision — and she’s certainly a force to be reckoned with.

Previously published on The Psyched Writer.

What You Need To Know About The Millennial Who Has A...