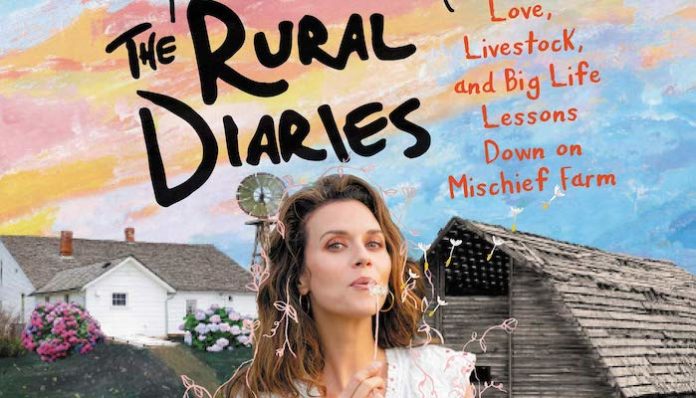 One Tree Hill alum Hilarie Burton Morgan finally released her highly anticipated book, The Rural Diaries, and she revealed a lot of shocking things from her past. The actress got candid about everything from Hollywood friendships, her shocking exit from One Tree Hill, starting a farm, fertility struggles, and falling in love with her actor husband. But most shockingly, she revealed some jaw-dropping stories and heartbreaking moments.

Here are some of the most shocking revelations she made.

Hilarie discussed the now infamous MTV interview where Ben Affleck allegedly “groped” her while she was working as a VJ. “I found myself watching old footage of a 19-year-old me trying too hard to laugh off the ugliness of being a girl. I let the old footage speak for itself, staying silent and fuming that the real story – the bigger trauma of my years on One Tree Hill – was of interest to no one.” Affleck later apologized for the incident after he was attacked online for his actions.

After the video resurfaced in 2017, she wondered when the truth about working with Mark Schwahn will come out. But we’ll get to that in a minute.

Her exit from One Tree Hill came as a shock to many. However, fans finally learned the truth behind her bold decision to leave in the height of the show’s success. “The trajectory of my life changed in 2007. At the time, I was working on One Tree Hill and feeling a bit lost. I worked hard all day, then went out and sang karaoke in bars with my friends till closing, then got up early the next day and worked again… I was a miserable girl.”

She continues, “I was the loudest and rough around the edges, and I feigned an ‘I don’t give a s–t’ attitude. But in the end, I was a young girl who wanted approval but was assaulted anyway.”

“I never tried to tell the truth to the media after I left One Tree Hill because I believed it was a lost cause. And I was a coward. I had walked away from jobs I loved just to remove myself from toxic situations. I stopped auditioning and abandoned my childhood dreams of being an actress because playing the game simply wasn’t worth it to me.”

Following the exposure after the Affleck story, she was worried about being labeled a troublemaker. While she didn’t go into exact detail about the things she endured while on set, she did explain her hesitation and fears surrounding her decision to come forward. It all came to light after writer Audrey Wauchope tweeted her story. Together, the cast and crew of OTH wrote a powerful letter for Variety.

“Mark could be incredibly malicious, and I was afraid to be the one to strike first.” She touched on the timing as well while speaking to Variety in a five-hour phone call to collectively think of a way to carefully share their story. At the time of the publication, Schwahn was on probation from E!’s series The Royals, which was eventually canceled after he was fired from it.

“Worse had happened to other women. When he tried to follow up with some of the others, they were reprimanded by their management firms, their publicists, and their agents and told that doing this was career suicide. I looked around at my life and thought, ‘if I never work on another show or film, I’ll be okay’.” Her post-OTH Mischief Farm ended up saving her in more ways than one.

On a personal note, the 37-year-old actress shared stories of her journey to become a mother. Her first pregnancy was a miracle, but trying for a second was extremely difficult. She and her partner didn’t see eye to eye on having a second child at first. So, they struggled to find a middle ground. “It wasn’t very romantic, and understandably, Jeff became resistant to the whole situation. He felt like cattle and retreated. For my part, I felt like I’d earned the right to have another baby. It was my body. The least he could do was put out… Jeff wanted me to wine and dine him… He’d feel used and wouldn’t respond to me, and then I’d feel hurt and rejected. It was a vicious, unhappy cycle. Every single month felt like a tiny funeral.”

The book covers a wide variety of topics. It includes her struggles as a young woman in the entertainment industry to other relatable stories about marriage and motherhood. Many women can definitely relate to a number of the situations Burton Morgan has faced. And as a woman, I sympathize with her and the bullshit she had to endure simply for being a woman in a male-dominated industry and world.

If you’re a fan of celebrity memoirs, are pro-feminism, or are interested in real stories of overcoming hardships, consider the book. If you’re a true OTH fan, be sure to get yourself a copy of The Rural Diaries. You won’t regret this juicy read.