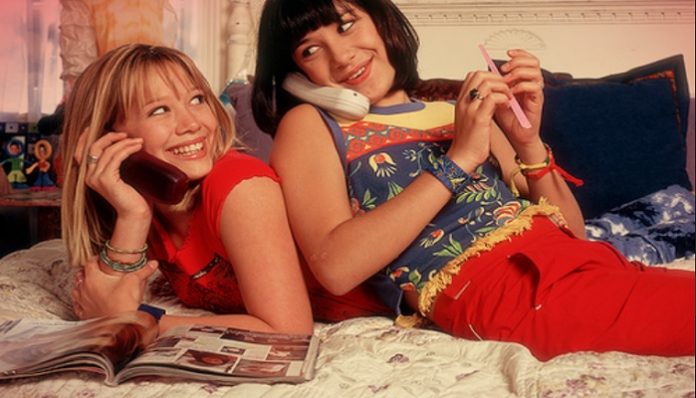 As children, Millennials were the first generation that truly experienced TV kids shows that specifically targeted their demographic. From Nickelodeon to Disney Channel, there were a lot of memorable shows we all grew to love and be passionate about. But there were equally as many behind-the-scenes facts about these popular kids shows that we didn’t even know at the time. Here are 31 of them.

2. All the babies on Rugrats were voiced by women.

3. Disney Channel had a strict rule that no series should have more than 65 episodes. That’s why Even Stevens and Lizzie McGuire were canceled while at the peak of their popularity.

6. Selena Gomez auditioned for the role of Miranda’s younger sister in What’s Stevie Thinking?. It’s unsure if she received the role since the project got shut down shortly after getting the green light.

7. Hey Arnold! was supposed to be in claymation.

8. Recess was supposed to look like this. I know, shocking.

9. It took almost 10 months to make one episode of Blue’s Clues because after each script, they’d test pre-schoolers’ reactions to the episode. They’d continue the process with researchers until they got a great response to educational lessons.

10. Mitchell Musso, aka Oliver on Hannah Montana, had long hair to cover his earrings.

11. Timmy Turner’s hat was pink because the original illustrator ran out of blue ink.

12. Phineas and Ferb started production in 1991 – sixteen years before it aired.

13. The Cheetah Girls was originally supposed to be a TV series but got bumped for That’s So Raven, which featured Raven and Adrienne Bailon anyway.

15. In the beginning, The Weekenders was a movie, not a TV series.

16. Anneliese van der Pol – aka Chelsea from That’s So Raven – almost voiced Kim Possible. However, she turned it down to play Chelsea.

18. The author of The Hunger Games, Suzanne Collins, originally was a writer on Clarissa Explains It All.

20. Recess ended in the height of its fame and Lloyd in Space took its spot.

21. Ethan Craft was going to be a bully on Lizzie McGuire but ended up as Lizzie’s crush once he got the role.

22. The voice actress for Tommy Pickles went into labor while recording her lines for an episode.

23. Raven’s mom on That’s So Raven left the series to take care of her sick grandmother who was battling Alzheimer’s.

24. Destiny’s Child sang the theme song for The Proud Family.

26. Originally, Kim Possible only had 65 episodes. But because so many people complained about that decision, they renewed it for another season.

28. Joe Jonas auditioned for the role of Justin Russo on Wizards of Waverly Place.

29. JoJo auditioned for the role of Hannah Montana but she turned it down to focus on music. Furthermore, Taylor Momsen also considered the role after JoJo declined.

30. Dylan and Cole Sprouse pitched the idea of a Suite Life of Zack and Cody sequel.

31. Miss Finster could be related to Chuckie Finster. Before working on the show Recess, the show creators Paul Germain and Joe Ansolabehere both extensively worked on Rugrats, specifically the character of Chuckie. Rumors say that they named Miss Finster by the same last name as Chuckie to pay homage to the character that started their success.

So there you have it! 31 awesome conversation starters about kids shows for the next time you want to impress someone. You may laugh, but some of these facts will come in handy during your next 90s or early 2000s trivia nights.

What It Feels Like To Truly Start Over Again In Your...