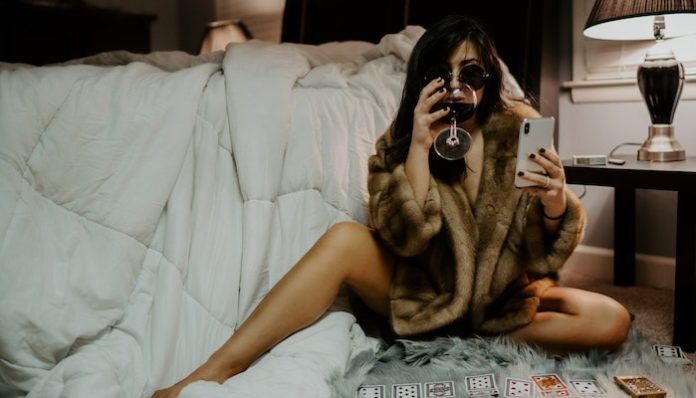 Sexting is a tricky form of expression to master. One minute you’re really into it and the next, if not done right, you notice an awkward shift in the atmosphere. In general, killing the sexual mood is a common fear for many. Especially, because when you sext, you don’t always know how things are perceived.

Here are 9 ways that you can ruin the mood while sexting:

1. Rushing to the good stuff.

You don’t have to speak like a romantic novelist but you don’t want to sound like a little kid either. Saying words like ”vajayjay” or “member” kind of kills the mood. Just say “cock,” “dick,” “pussy” and other similar words. Oddly enough, most men also enjoy swearing when sexting so you could throw a curse word, too.

3. Typing too many paragraphs.

On one hand, you shouldn’t send two-word replies. But on the other hand, you also shouldn’t send multiple paragraphs — unless you typed out a story for them to read and you don’t want to give them a chance to reply or put their two cents in. Smaller paragraphs encourage more dialogue between the two of you.

When you ask that question a lot it makes it seem like you aren’t interested in the conversation. The only time it’s okay to say that is if they’re teasing you with something and left you on a cliffhanger. Nobody wants to tell an entire story on their own.

5. Taking too long to reply.

Personally, I think it’s one of the worst mood killers out there. If it takes you twenty minutes to respond each time, what do you think they’re going to do? Sexting is meant to be quick, back and forth and keep the mood alive.

For some people, bad grammar is a mood killer. Poor grammar makes you look illiterate and lazy, so be a little careful with what and how you write.

While this can be sexy if done right and with confidence, it can go really badly at times. Save yourself the awkwardness and keep it to the written word.

There’s something about using an emoji in an adult conversation that seems childish at times. Don’t use an eggplant when talking about a penis and a peach to talk about your ass. Just avoid it at all costs.

9. Showing the messages to your friends.

There is something so morally wrong about doing this. There’s also an unspoken respect and agreement when people choose to sext. They hope to keep the conversation private and clearly trust you to do the same. No screenshots, no sharing messages to outside people and certainly no reposting. Be respectful.

All in all, the pressure of being sexy while sexting is a lot for some people and ultimately, may not be their thing. But knowing these common mistakes can help relieve the pressure and help encourage people to gradually start doing it better. Whether it’s trying these in baby steps or going all out to avoid these, it’s good to know what not to do to help make the experience better.

Photo by Brittani Burns on Unsplash.