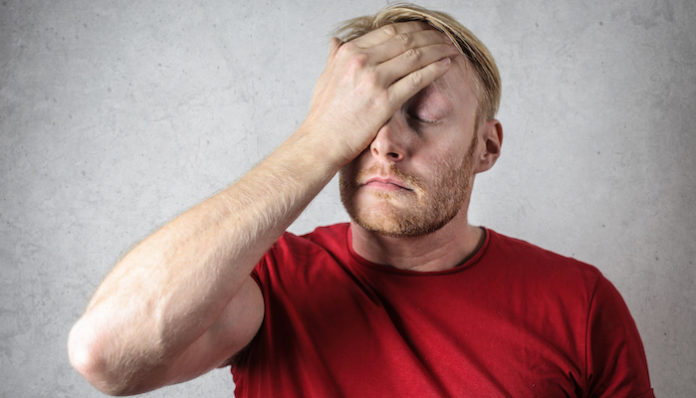 I try to play it casual about being chronically single. I also keep insisting that dating doesn’t mean that much to be. But the truth is that dating always makes me feel like shit about myself. It doesn’t matter how funny I am or how nice my eyes are or how great of a personality I have. There’s something about dating that makes me dislike myself.

Personally, I think it’s the whole process that terrifies me. No one truly wants to commit, and they don’t want to vocalize it, either. So instead, they lead you on with hopeful messages and minimal actions. This whole guessing game makes me overly anxious, and not knowing someone’s intentions can be hard to deal with.

Dealing with men who turn into assholes when women reject them gets old. It’s as though it’s only them who can vocalize what they want. And when you don’t agree or attempt to share your own, it’s a huge problem. I’m not saying I can’t handle their insults because they truly don’t affect my day — I just wish that I didn’t have to deal with that every time I mildly inconvenience them.

There’s a weird sense of competition with other women I feel when I’m dating.

It’s as though seeing other successful women is empowering — yet knowing they have a healthy relationship makes me jealous and shameful about my own success since I don’t have anyone to share it with.

If someone else is single, it’s a battle to the finish line to see who gets there first. It’s either that or you hear about the number of matches they get, how many dates they go on or learn they’re dating someone you wanted to date. It all sucks.

The amount of unfaithful relationships I’ve witnessed and experienced myself is disgusting. It doesn’t matter how good of a girlfriend you are – you’ll always have that risk that he’ll betray you. If it happens to the greatest of people, it can happen to you too. Personally, I hate feeling that cheating and infidelity are so common that I almost expect them in a relationship.

Truthfully, the hype relationships get sometimes pressures me into feeling bad when I know I shouldn’t. The first thing my relatives ask is about my relationship status and if I’m dating. Obviously, I can’t tell them, “I thought I was, but he only wanted to have sex with me.” So I have all these dating stories to prove I have been trying, but I can’t share them. But there are always reminders that I’m single. From seeing cousins my age be in the spot romantically where I wish to be or achieving life goals I have with their partner by their side.

But one of the worst feelings for me is the feeling of being disposable to most men.

Men in my past didn’t need me — they just needed someone and I was conveniently available at the right time. Sure, they liked and tolerated some of my traits, but once they found another girl with something a little bit better than what I had to offer, they’d leave without thinking about my feelings. It’s like they forgot I even had feelings.

Sure, at times I feel like I’m doing something wrong even though I know I’m not.

I just feel like I’ll be single for a very long time and will need to endure a tough battle to find my happily ever after. But it’s so demoralizing to endure with little success. My faith is diminishing with each bad experience.

Some of my friends might not understand the struggle because they’ve never experienced it themselves. And as hard as I try to stay positive, it’s really challenging when you feel like your love life is a never-ending shit show. However, I’ve come to learn that it’s okay for me to feel like shit about myself when dating because this whole journey feels like one big “why does this always happen to me?”

I know I don’t deserve it, and I know the pain is temporary, but I’ll get over it one day. I’ll find some good luck. I just need to feel sorry for myself for a bit in order to move on from the dark side of love.