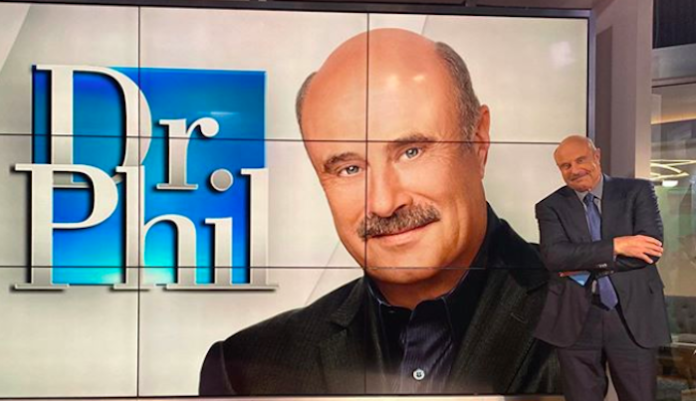 In case you missed it, Phil McGraw — more notably known as Dr. Phil — isn’t slowing down on fixing couples during this pandemic… even if he is in quarantine. In fact, he’s opening up and sharing some everyday advice that most of us desperately need right now.

With more and more businesses sending employees home, many couples find themselves in uncharted territory. They’re both at home all day with nothing but time on their hands. While this can make even the closest couples lose their mind, it’s incredibly stressful for those of us whose relationship was already on the rocks.

Let’s be real, though: Dr. Phil isn’t typically who we turn to for everyday advice. Although he’s a famous name in most American households, his strong personality and lack of ethics make him not only controversial in the realm of psychology, but he comes on a bit too strong for most of us.

However, the psychologist turned TV personality released a video with TMZ earlier this week that touches on a topic many people around the world are battling right now: coexisting with others during quarantine.

Phil, who’s been married to his wife Robin since 1976, offers 10 tips for couples (or anyone else) who must coexist 24/7 during this time of social distancing.

Most of these tips come of as straightforward and require nothing more than some honesty and concerted effort on your part. Of course, in true Dr. Phil style, each tip comes with a short bit of sass and no-fuss delivery.

What are the tips, you ask? Well, let’s cover them!

We’ve all heard the phrase honesty is the best policy, and it’s really true when it comes to the pandemic and relationships in general. Acknowledge what’s going on in the world and own the situation. As Dr. Phil says, “You can’t do anything until you honestly acknowledge the situation.”

While you may not want to go so far as to outright say, “You annoy me,” you should definitely take inventory on behaviors that make coexistence difficult and talk through them with your partner.

Tip #3: Don’t Argue In Front Of The Kids

This is a critical component for parents. While kids do need to see healthy conflict resolution, it’s also important to keep in mind that this quarantine is difficult for them too. Don’t make it more stressful and emotional by yelling at your significant other in front of them.

No, this one isn’t what you think (though feel free to “do the dirty” if you want!) Dr. Phil actually suggests that you have a code word that allows both parties the option to walk away from an argument and come back to it later.

Tip #5: Rotate Through The Living Space

Whether you’re working from home on a laptop or just left to clean the house, everyone at home can benefit from a change of scenery. So, as Dr. Phil suggests, try swapping rooms throughout the day. If you like organization, you can even make a schedule.

Tip #6: Take Time For Yourself

While this extra quality time with your romantic partner may sound nice, the truth is that you’re probably already sick of them after just a few days. So, make sure to take time for yourself during this quarantine, too. Whether you commandeer the bathroom for an hour or stick some headphones on while working, personal space is even more critical during this time of social distancing.

Doing the same thing day after day gets stale, and when that happens, you get cranky. So, avoid arguments and general grouchiness by mixing up your routine. Do something a little different each day.

This should go without saying, but seriously: Pick up your dang mess!

Regardless of what happens during the next few weeks (or months), remember that passing judgement never helps anyone.

Are you ready to stick it out in quarantine with your significant other? Well, when things get rough, just remember Dr. Phil’s final words: You’re a piece of sh*t, too.

Study Shows That Those Who Grow Up With A Sister Are...

Why We Need To Stop Judging People For Their Career Choices