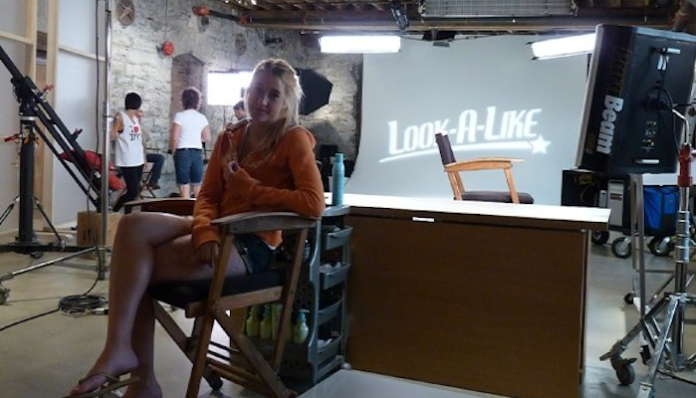 Many moons ago, I was on a popular reality TV show titled Look-A-Like. For those of you who haven’t heard of it, the premise of the show was finding people who resemble celebrities and giving them makeovers and photoshoots.

Growing up, I was a soccer player with blonde hair and around the same age as the stars of The Sisterhood of the Traveling Pants. As a result, I was always told I looked like — you guessed it — Bridget. She’s better known for most as Blake Lively. Once the movie franchise died down a bit, I was able to stop looking in the mirror and constantly wondering if I actually looked like her — I never saw the resemblance the way others did.

Then, one evening I was eating dinner with my family and a commercial for a brand new TV show popped up about Manhattan elite high schoolers. XOXO, Gossip Girl. “Oh crap,” I thought to myself.

Flash forward four years and I am entering the doors for the audition. I was sixteen and my mother convinced me to go because I was so nervous. I remember looking around me and seeing an array of celebrity look-alikes. This included Gwen Stefani, Macaulay Caulkin, Taylor Swift, and Bruno Mars. They all looked so glamorous. Once it was my turn, I stepped in front of the judges and, of course, missed the giant black X on the floor queuing me to stop. Oops.

They asked me a bunch of personal questions and then asked me to sing. I do not have the best singing voice but I belted out Taylor Swift’s “Our Song”… I don’t even remember why I chose that particular tune. It was just an audition so no one would see this tape… However, later I learned that it’s used in the show for every single one of my high-school friends and jealous foes to see.

Once the audition was over, I went home and got ready for soccer practice.

One month later while I was eating lunch in my school cafeteria, I got the call. I would be on the show. I was extremely excited. What young girl wouldn’t want to be dressed up and pampered for a day?

I couldn’t believe I had been chosen! Especially since I learned that some of the candidates who came to the audition looking ‘too much’ like their celebrities weren’t picked. Apparently, the reason behind it was that there wouldn’t have been a lot to do as far as makeovers go.

On the morning of filming, I showed up in a pair of jean shorts and my orange Texas Longhorns sweater (my high school mascot). My hair was down and brushed, and I was told to come to set without a stitch of makeup on. The lead makeup artist of the show waltzed in and started complaining about the poor breakfast choices on set.

I will always remember him and his bitchy “this table is a f***ing sodium fest.” He was dramatic, flamboyant, and hilarious.

Once all main cast members came in (hair, makeup, clothes, photographer), they gave me a once-over and stated that they needed to ‘ugly’ me up before filming. It would make a better ‘before’ and ‘after’ shot. They gave me my mother’s giant red purse to haul over my shoulder, messed up my hair and changed my jean shorts for a pair of oversized jeans that the “Joe Jonas” look-alike would be wearing for next week’s episode. I didn’t even look like myself. Little did I know, I was in for a day filled with this.

Everything was scripted. Everything. I had to be natural but remember my lines. The cast had to act like they knew everything about Blake Lively to make small chat with me while I was in the chair getting pampered. But between each take they were on Wikipedia looking up her filmography.

It started to feel natural after the fifth hour. We made small talk and took many shots from different angles. I had invited my best friend Sam but for some reason, they decided to air an interview with another ‘best friend’ squealing about how excited I was and telling stories about my childhood. — I had never met this woman before.

Once my makeup and hair were done, it was time for the clothes (which no, I didn’t get to keep). In fact, the tags were still on and they went back to the store the next day.

The woman dressing me kept making comments about my “tiny boobs” (I was 16) and wasn’t very nice until the cameras were on her. Then, she was my fairy godmother. Once I was all dressed up, the time for the photoshoot came. I dreaded it.

They taught me how to pose so that the show captured me being ‘natural.’ They chose a backdrop of lockers and put me in a bright green skirt, white button-down, black bowtie, and a blazer — very Gossip Girl.

On top of that, there was a lot of ‘talking’ on the set. The things the cast said about me were partially true — but mostly very exaggerated. For example, my nervousness before the photoshoot became ‘she was shaking in her boots.’ Thanks a lot, guys.

I had a lot of fun on set. The makeup artist made me laugh so much that we had to do 50 takes of the same scene. He also fixed his makeup in the mirror more than he did mine. The hairstylist was humble, sweet, and incredibly kind. Once everything was done, I packed up and went home. They mailed me a DVD copy of the show which I have kept to this day. Looking back 11 years later, I laugh at how terrified I was.

It was a fun experience — no doubt. But everything was faux. It truly made me realize that what you see online and on-screen is exactly that — not reality.

A Letter To My Students: What I Want You To Know...