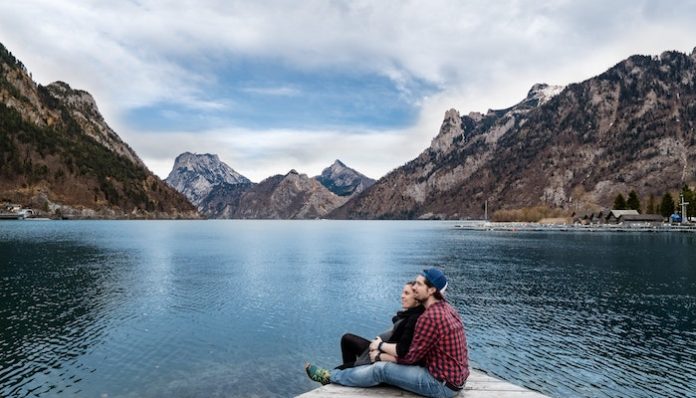 A few summers ago, I made the decision to turn one of my friends into a lover. I was excited, but also incredibly nervous. However, I’ve imagined that, if we spent just one night together, we would live happily ever after– like all friends-turned lovers do.

We all know the saying that the secret to a ‘perfect committed monogamous relationship’ is to date and then marry your best friend. My friend and I had known each other since we were freshmen in high school. We talked about everything and constantly made each other laugh; we had a strong emotional connection.  It never occurred to me that there was something more between us than a platonic friendship. More than a decade later, I found myself in bed with him for the first time. If you would have told me that I would one day sleep with him, I would have laughed in your face. And he definitely would’ve laughed too.

That summer, we were both going through heartbreak. Both of us were trying to get out of toxic relationships. It felt as if we were in this together. During my break-up, I leaned on him heavily. I needed his advice and his perspective and he needed someone to vent to.

We poured our hearts out to each other. These shared moments helped me greatly to begin my own healing process– it is never fun to go through a breakup alone.

Mostly, we hung out at his apartment and sometimes went out together. One night, we had too much to drink and we kissed for the first time. It was explosive and very surprising..As a result, both being shock, confused, and perhaps a little bit angry, we had sex the next night. The explosive kissed we shared did not translate to amazing sex. It was awkward and uncomfortable. I remember trembling, hesitating before it happened, and a few moments after, regretting it. We crossed a line that I could never draw again.

Days later, he refused to speak to me. He didn’t want to acknowledge what had happened between us. He also said that he doesn’t want to see me again. I was confused and hurt. When I confronted him, we got into a huge fight, we said hurtful things to each other which lead us to never speaking again.  Later, I found out that he was back with his ‘toxic’ ex. I was livid. He betrayed me, he played me. I refused to go back to my own toxic relationship and I couldn’t salvage what my friend-turned-lover- turned stranger and I had.

As a result, I   had to figure this all out on my own, just like I was supposed to do in the first place. I had to figure out my messy emotions and ideals towards relationships and commitments. I had to explore myself and truly find myself. Even though he finally reached out to me to apologize, I knew that we would never be friends again. It took me a while to recover from what happened between us, but at least I learned some valuable lessons from our ordeal.

Although, I had  (and still have) so much anger towards him. I finally realized that we both made the decision to cross that line. Moreover, I’ve had to accept many things  I didn’t want to accept. For instance, I had to accept that there is no such thing as “happily ever after.” I had to accept my choice and his reaction (rejection)  although it wasn’t the reaction I imagined it would be.

Accepting that other people aren’t required to love us in the way we want them to, was one of the hardest things I had to do. As a matter of fact, I’m still learning to accept that. I’ve also realized that my ex-friend and I weren’t as close as I thought we were. If we were real friends, we would still be friends, even after this mess. Nevertheless, dealing with romance and love is always complicated. And the only person whose advice you should listen to is yourself.

10 Simple Ways To Live A More Positive Life This Year