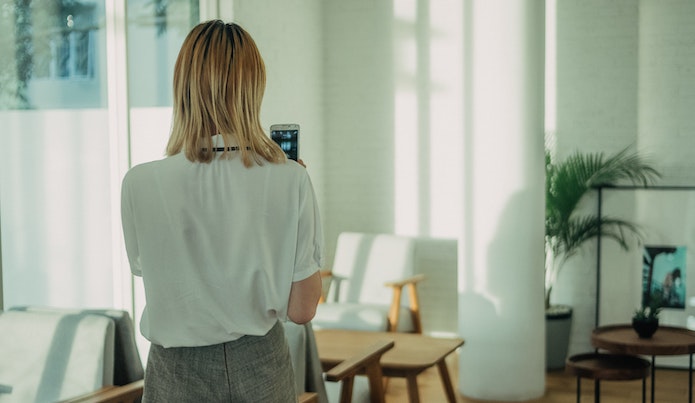 In February 2014, a CCTV video shot inside an elevator at the Revel Casino in Atlantic City, New Jersey went viral. The raw footage showed Ray Rice, star running back for the Baltimore Ravens, physically assaulting his then-fiancée, Janay Palmer. The act of violence rendered her unconscious. He then dragged her out of the elevator.

News outlets had already shared Rice’s simple assault charge. However, it wasn’t until TMZ leaked the clip that the public and Rice’s supporters confronted the truth. Ray Rice committed domestic violence against his partner.

The video ignited vital dialogue on a historically taboo subject. Furthermore, the very existence of this footage led to a policy shift in how the NFL handles intimate partner violence (IPV). If simple technology, like CCTV, can create change, we should use other smart technologies to help IPV survivors.

The World Health Organization defines IPV as “any behavior within an intimate relationship that causes physical, psychological or sexual harm to those in the relationship, including acts of physical aggression, sexual coercion, psychological abuse and controlling behaviors.”

According to the Centers for Disease Control and Prevention, in the United States, perpetrators kill an average of three women every day. In addition, approximately one in three women and nearly one in six men have experienced some form of sexual violence during their lifetime.

These sobering facts serve as a stark reminder that IPV, also known as domestic violence, is a serious yet preventable public health crisis that affects millions of people across the US and beyond.

Sadly, technology has proven to be a double-edged sword. Some people will always subvert technology that should empower others.

However darkly perpetrators may misuse technology, though tech plays a positive role in survivors’ lives, too. Tech has the power to protect domestic violence survivors. It can allow them to formulate escape plans, searches for safe housing, gain financial independence, and find support in online communities.

While there technology will never replace professional intervention, the following four technologies warrant a place in a IPV survivor’s toolbox:

Winner of the 2011 White House and HHS “Apps Against Abuse” Technology Challenge, this smartphone app allows users to create a circle of up to six contacts who they can alert with the touch of a button.

The app’s “Come Get Me” function sends GPS coordinates to your chosen “circle.” The phone function also sends an automatic text to prompt your trusted contacts to call you. This can interrupt potentially unsafe situations. The app also features links to reputable IPV hotlines and educational materials.

With the app’s help, users can navigate a path to safety. In addition, the program provides links to online support communities for survivors.

TAILS is a fully functional, encrypted operating system that you can load onto a small, inconspicuous thumb drive. The user can bypass their computer’s hard drive entirely, leaving no digital footprint behind. Therefore, an IPV survivor can safely, securely send messages and browse the Internet. They can communicate with the wider world without a trace of their actions.

ProtonMail is an email client based in Switzerland. Its primary benefit is that Swiss privacy laws protect all its user data. Moreover, you can create an account without sharing any personal information, so users can remain completely anonymous.

This anonymity and security is a bastion for victims for whom secrecy is paramount in planning an escape. In addition, it’s great for anyone who’s concerned about Internet privacy.

If you’re facing IPV, these apps can help keep you safe. Moreover, if you or someone you know is affected by Intimate Partner Violence, there are plenty of tech options that can help you. And if this is an emergency, please do not hesitate to reach out to the National Domestic Violence Hotline at +1 (800) 799−7233.

Photo by Kevin Kristhian on Unsplash